The metaverse was born in paper books. 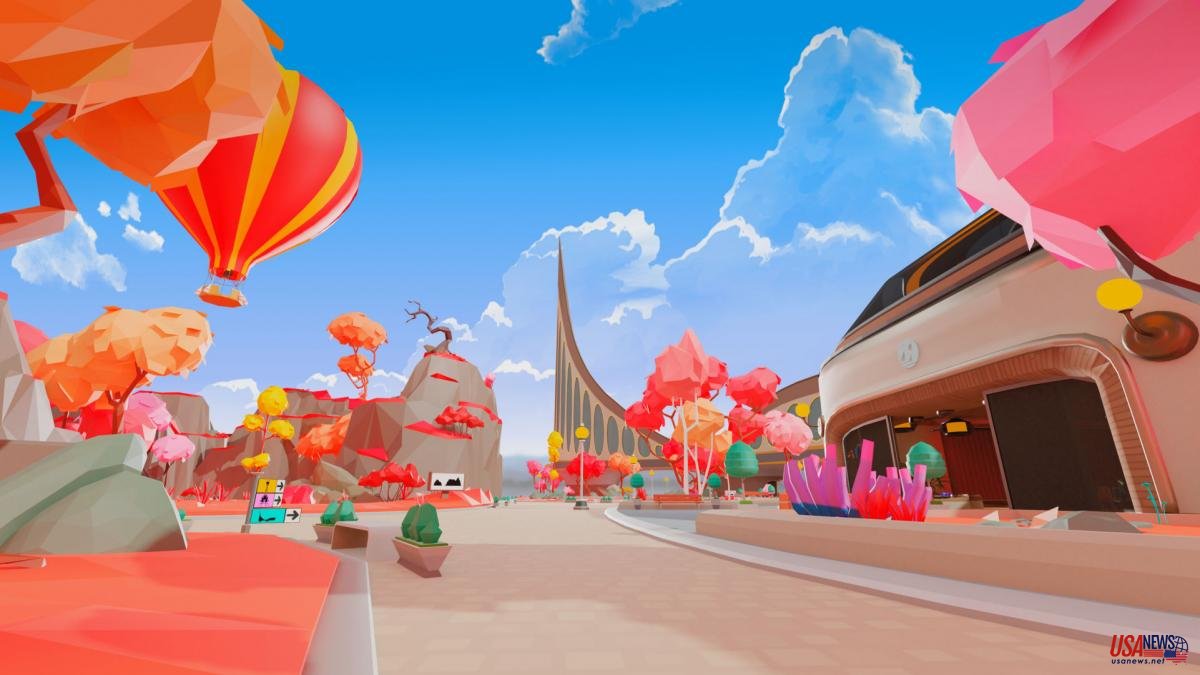 The metaverse was born in paper books. In 1992, the American Neal Stephenson (Fort Meade, 1959) published the novel Snow Crash (Gigamesh), starring a boy who, in real life, delivers pizzas but who, in virtual life, is a samurai who fights against a drug that takes creativity away from humans. We also see how an electronic money (bitcoin) is used and glasses are needed to access those worlds. So all this was science fiction.

Mark Zuckerberg was then an eight-year-old boy. One day, he read that novel and... many many years later, on October 28, 2021, he changed the name of his company, from Facebook to Meta – metaverse was already registered – and announced a new world, in which, In the words of Silvia Leal, author of And suddenly... the metaverse arrived "I can do the same as in the real universe and also many other things that are not possible in the physical world."

Leal explained this beautiful (or disturbing) story yesterday at the Forum Edita, the conference on the world of publishing that closed its seventh edition at the headquarters of the UPF Barcelona School of Management. Before an audience made up of publishers, booksellers, distributors and the occasional author, he outlined some of the things that can already be done in the metaverse, from "getting on stage with your favorite singer, entering a soccer game or traveling in time".

But there are metaverses and metaverses. Leal distinguishes, on the one hand, “those run by the technology giants or by the people who have created them, they are centralized worlds, the company that develops them wants to get all the economic potential out of them. It is estimated that, in 2030, the metaverses will generate five trillion euros, that is more money than the current economy of all of Latin America combined. And, on the other hand, there are the decentralized metaverses, such as Decentraland, The Sandbox..., "managed by the users themselves". Leal spoke of tormented adolescents who cried entire nights when they saw that the creators of their favorite video game removed and added characteristics and powers to their characters as they pleased and that they ended up creating, therefore, their own metaverses.

The other key novel in the current conceptions of the metaverse managed by large corporations, according to Leal, is Ready Player One (Ediciones B/Columna) by Ernest Cline (Ashland, 1972), published in 2011 and adapted to the cinema by Steven Spielberg in the 2018.

The most direct antecedent of all the metaverses is Second Life, a video game created in 2003 that reached 16 million users in 2008, and in which companies such as Sony or Coca-Cola were established, in which all kinds of products were sold. , from bags to real estate, where U2 held a concert with ten million attendees and even several universities began to teach... Then it failed because, in Leal's words, "the computers were hanging, a very powerful team was needed to connect. And the other problem is that it ended up being used for dubious practices, like sexual acts… and the brands left the place.”

But many say that his second chance is coming, thanks to the rise of the new metaverses. Leal cited examples: “In April 2021, Amazon opened a barber shop in London with augmented reality, where you can see how you will look before you get a haircut. Epic Games, the creators of Fortnite, have invested 2,000 million to build their metaverse (Sony has put half), go beyond the combat video game, for example creating party worlds, concerts in which you can not use weapons. TikTok is also developing this technology, and brands like Gucci already have their virtual showcase."

But what about in the book world? Leal's attendees asked. “At Ready Player One, people gather there to watch movies or read. But I am not aware that any platform does today. Writers can present their book, relate to their readers, be inspired... The metaverse was born in a book, I'm sure it won't be what ends with them "

Stay tuned to your screens.