The novel recommended by Barack Obama and Bill Gates 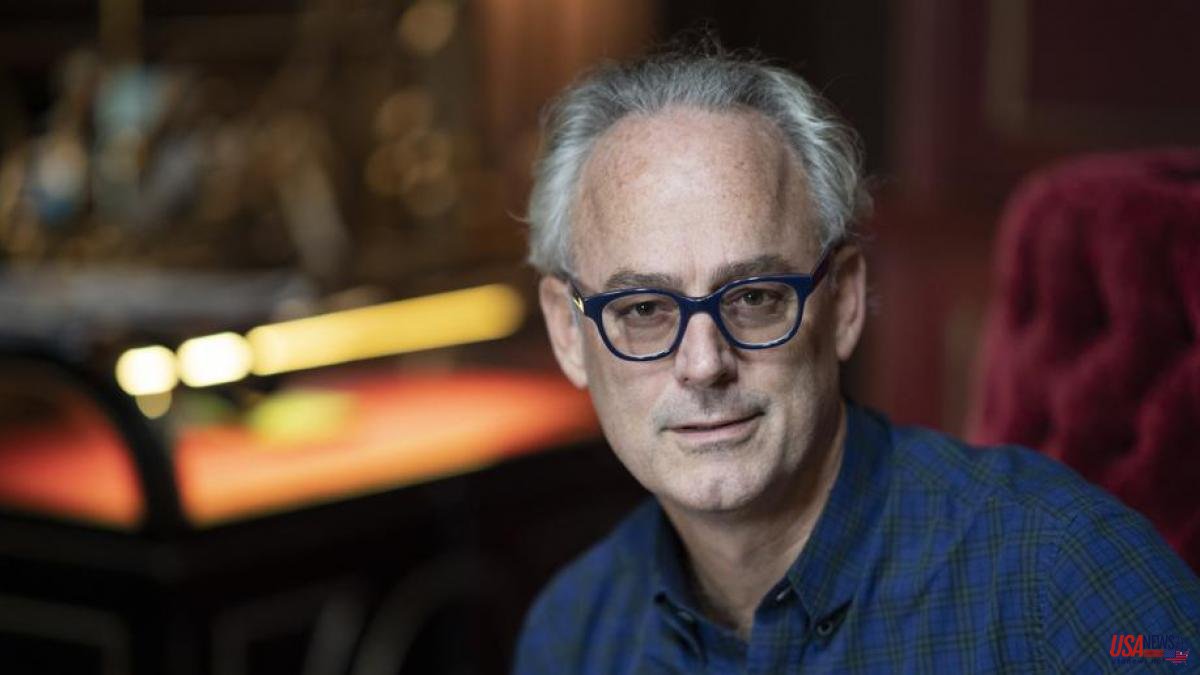 A small fan spins in the ocher library of Amor Towles' New York home (Boston, 1964). The author of Lincoln Highway (Salamandra, on sale on September 1) attends this newspaper by videoconference, smiling at the reference that both Barack Obama and Bill Gates have recommended his novel on social networks. “Well, they are two very different guys, and I feel honored, I don't know them personally, although we exchange emails with Obama, many different people read me... I try to write with several layers, plot and art, creating the false sense of pure entertainment, so that it also interests a doctoral student”.

The road that gives his novel its title “still exists, it starts in Times Square, between 47th and Broadway, and you can follow it all the way to the other end of the country. In the 1920s and 1930s it was the only road that allowed crossing the US, it was superseded in the 1950s – when the book is set – when the modern federal highway system was built. It became obsolete and, with it, the cities around it decayed, now it is a quiet road”.

The trip announced already from the title will have its setbacks. "There are two characters who hijack the story, Duchess and Wolly, two boys who escaped from reform school, so what was going to go one way goes another." “The journey – he continues – is the most important thing in Western literature, starting with Ulysses, who tries to return home after the Trojan War, or the Aeneid, the best-known poem of the Roman era. Oedipus the King is also a journey, it all starts on the road, when he meets a man and kills him. My hero, Emmett, just got out of juvie after serving his sentence, and he's like Aeneas, who founded something new after losing the Trojan War. Moby Dick is another journey, and the road was already the axis of Steinbeck's The Grapes of Wrath or Jack Kerouac”.

Towles's realism is sprinkled with unlikely details, here that of a train stowaway who has been touring the US for years without ever leaving the freight cars (or, in his previous A Gentleman in Moscow, from 2016, a Russian aristocrat sentenced to decades-long house arrest in a luxury hotel). “Italo Calvino is an extreme version of what I like,” he replies. I start from the 19th century novel but I take it to the modern era adding structural experimentation, multiple perspectives and these elements of storytelling, indebted to García Márquez or Kafka”.

The Lincoln Highway, whose action takes place over ten days, has characters who measure their pending accounts with respect to other people on a scale of 1 to 10. Thus, Duchess can believe that he has to punch a person to get his peace. with it, or take three hits from another to be relieved. Towles thus puts a spin on the classic theme of redemption. “Duchess has very good intentions but he is misguided, he doesn't understand how to apply his lofty notions to real life. He was born in a rough neighborhood in New York, his father is a drinker, a failed actor, and he grows up in, let's say, colorful surroundings, the world of cheap vaudeville. He has no education but has been exposed to the repetition of the Shakespearean monologues that his father interprets, which gives him some nuances of sophistication, a high use of metaphors, although he does not know the context of the monologues, only fragments ”.

"Ethics are different in rural areas," he says. Neighbors in the countryside trust each other, a farmer needs the help of those who live nearby, that is something that is deeply valued. In cities, neighbors arouse reluctance and mistrust. Hence the different points of view of my characters.”

Billy, Emmett's younger brother, is reading a red book that summarizes the lives of real and fictional heroes in a few lines. And it is that a theme of the book is the importance of the stories we tell ourselves in the construction of our identity, which gives rise to several stories within the central story, as in a thousand and one nights of the twentieth century. “The book talks about what it means to be 18 years old,” says Towles. Until that age, we believe what they tell us, but from then on we can decide for ourselves how the world works and what is right or wrong. When that exciting moment arrives, we revisit the things that they have been telling us, we accept or reject them, we can decide to be like our father or the opposite.

There is circus, vaudeville, magic... different show elements and performances. “Entertainment is all around us, and the 20th century brought movies, pop music, radio, soap operas… and the television that came out in the 50s to dominate it all. Entertainment was present in a much stronger way than ever before in history. Dickens lived in a world where letters took months to arrive and you only listened to local music.

Towles plays, in the manner of his admired Faulkner, to overlap stories and characters in his different novels, and not all those winks are easy to detect. Thus, A Gentleman in Moscow “ends at midnight on June 21, 1954, when all the telephones in the hotel begin to ring at once, it is the culminating event. Well, in The Lincoln Highway, the crucial event occurs that same day, at 5 pm, when Emmett and Billy are in the car and begin their journey west. Due to the time difference, it is exactly the same time!”