The notes of the Barça players in the Champions League final

Barcelona and Olympique de Lyon reissued the 2019 Women's Champions League final this Saturday in Turin in a completely different context, but with the same outcome. 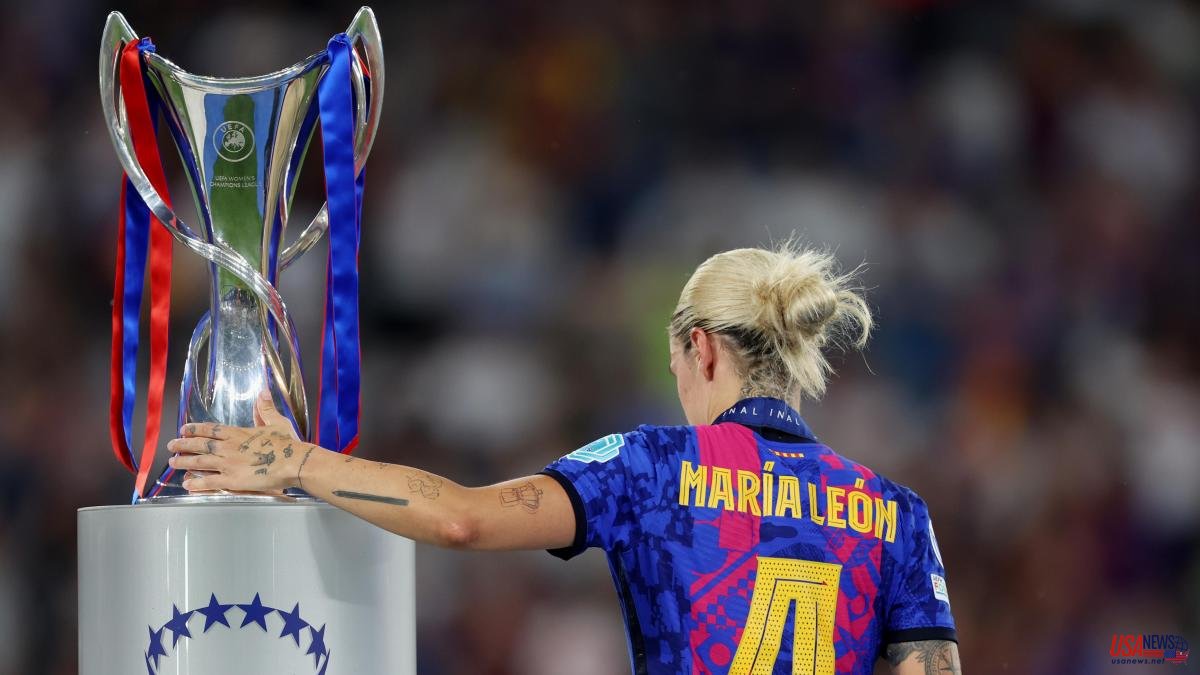 Barcelona and Olympique de Lyon reissued the 2019 Women's Champions League final this Saturday in Turin in a completely different context, but with the same outcome. The French showed why they are the queens of Europe in the last decade and were able to prevent Barça from being recognizable at Juventus Stadium.

The Barça goalkeeper saw the ghosts of the Budapest final: three shots on goal from the start, three balls that she had to get out of the net.

Bacha's internships were a headache for the Catalan side. Still, she intercepted dangerous balls. No projection in attack.

Knowing Lyon's devastating attack for having played at PSG, with her experience and quality she couldn't stop the brilliant start of her opponents either.

He tried unsuccessfully to restrain Hegerberg. He lost sight of her for the second goal and was out of position for the third. He brought out the character in him and he improved after the break.

Playing as a left back, he was one of the few that was up to the task with his incorporations and work. He was distracted in an action that could have made it 1-1.

The midfielder suffered from high rival pressure and in transitions. He was about to make it 2-3 with a shot from midfield that hit the crossbar.

Like the rest of the team, it was difficult for him to recover from the initial setback to straighten out the game in the midfield. He left his soul, but it was insufficient.

Far from his best version, the Ballon d'Or put Barça in the final before the break. She was missed again in the second half.

The most unbalanced player in Barça ran out of resources in Turin. Lyon knew how to contain her and she limited herself to centering. She assisted Alexia at 3-1.

The Balearic Islands noted the lack of high-level competitive rhythm and could hardly contribute in the offensive phase. She was substituted before the hour of play exhausted.

The physical power of the French defense dwarfed the Blaugrana forward, without success on the few occasions they had inside the area.

Oshoala, 5 (Energetic): He gave the team more depth, although without accuracy.

Martens, 4 (Discreet): The minutes of the Dutch did not cause the desired effect.

Pina, SC (Testimonial): He changed the drawing with his input and little else.