The notes of the Barça players against Valladolid

After a stumble on the first day at the Camp Nou, Barça overcame their commitment against Valladolid with ease and gave the fans a 3-0 win. 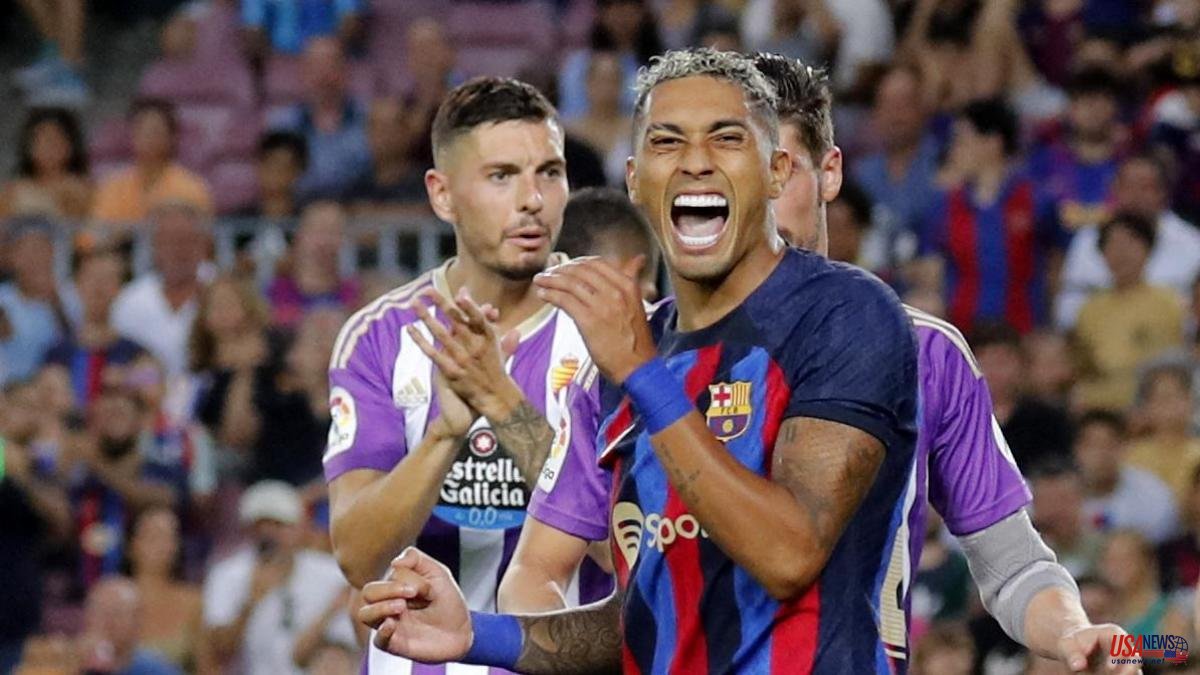 After a stumble on the first day at the Camp Nou, Barça overcame their commitment against Valladolid with ease and gave the fans a 3-0 win. Lewandowski, twice, Pedri and Sergi Roberto scored the goals of a team that, in general terms, performed at a high level.

Unlike the first two days, the German goalkeeper hardly had any work, and when Valladolid demanded of him in the last minutes, he was accurate in his interventions.

At last he made his debut and showed why Barça has paid 50 million for him. He put together a sensational game both as a winger and as a centre-back. The icing on the cake was saving a ball under the sticks.

Koundé's performance distanced the Uruguayan from the band and in the center of the defense he recovered his best version. He capitalized on his size and positioning to mop up opponents.

The Blaugrana youth squad seems like another at this start of the season. One more game was safe in each defensive action. He was attentive to the cut and quick to withdraw.

Second consecutive start and second good game for the young winger, explosive and deep in his forays into the opposite field. Jordi Alba seems to have finally found a serious competitor.

He returned after the sanction and provided the usual balance. By joining lines he suffers less and the team appreciates it. He recovered balls and relieved his own when the ball came out.

He continues to show a maturity unbecoming of his age. He sees the plays before they happen and that's a clear advantage. He scored coming from behind with a pass into the net. The public chanted his name.

Tireless in the pressure, he spent the hour he was on the field offering unchecks on the right to associate with his teammates. He left high quality details.

Plugged in, skilful and incisive from the first minute, Barça has found a centralizer like the ones that had not been seen in the Camp Nou for a long time. He assisted with a tense pass to Lewandowski.

The French winger is becoming more and more loose, especially on the right, from where he distributed two goal passes and enjoyed himself with his trademark slaloms. star level.

He has always had a special relationship with the goal and at Barça it will not change. He scored a bit as a hunter (with his heels) and another as a spur. He sent another two balls to the wood.

Ansu Fati (6): Tenacious. He sniffed the goal with no luck.

Of Jong (6): Put. He did not bow his head despite the substitution.

Sergi Roberto (7): Compliant. He played on the side and scored rebounds in added time.

Kessie (6): Bombona: He gave rest to Busquets in the final stretch.