The next step towards cultural capital

Barcelona has detected an opportunity to position itself at the forefront of new European cultural trends. 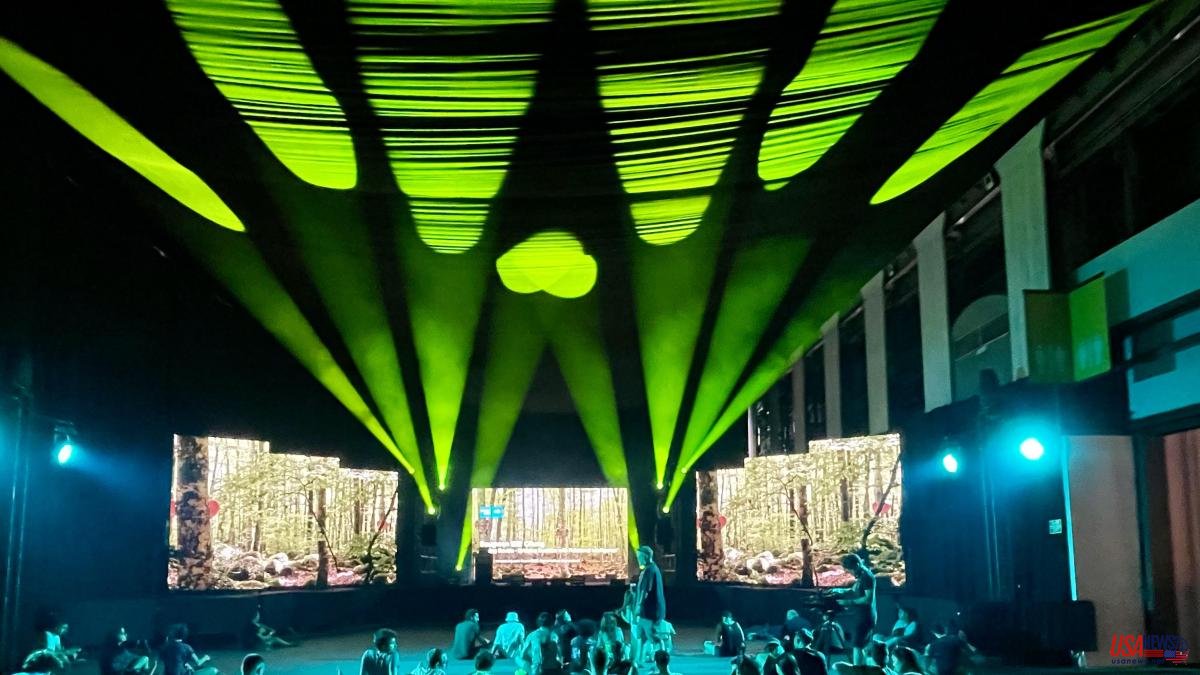 Barcelona has detected an opportunity to position itself at the forefront of new European cultural trends. Few cities are as well positioned as this one to become a benchmark for the New Bauhaus, the roadmap for the European renaissance proposed two years ago by Ursula von der Leyen.

In fact, efforts are already underway by the city's creative sectors to assume this role as the locomotive of technoculture. In no other city does the idea of ​​the president of the European Commission seem to have aroused so much interest.

The advantages are evident in this Barcelona that is in tune with the multidisciplinary spirit of the original Bauhaus: it has an effervescent community of art, science and technology (it has been seen in this week of Sónar and ISEA), it is a relevant city in terms of design and architecture and the headquarters the Mies van der Rohe Foundation, which occupies the reconstructed pavilion exhibited by Germany at the 1929 International Exhibition.

It is also in its favor to be a laboratory for new urbanism aimed at mitigating the effects of the climate crisis and social housing policies.

A building called to become an emblem of this reborn Barcelona is the one that houses the Disseny Hub, which will soon gain centrality with the completion of the Glòries works. This facility, which serves to fill the gaps in the city when it comes to hosting large exhibitions, should see its role redefined in the new stage. Its proximity to the 22@ techno-cultural district gives it added value. But the Montjuïc mountain also has attributes to display the values ​​of that New Bauhaus.

In principle, Montjuïc should house –part of the fair pavilions intended for cultural uses– the Hac Te art, science and technology hub. But there is no need to wait for this project or another alternative to materialize to see the mountain taken over by this type of avant-garde demonstration: for example, yesterday, Saturday, an edition of the Sónar festival ended, which has been more open than ever to the confluence of arts, technology and the ethical debates associated with it.

Sónar Día and Sónar D, which take place entirely at the Fira de Montjuïc, have an increasingly diffuse border, as the chief curator of the latter, José Luis de Vicente, has recognized these days.

Not only are contents incorporated that go far beyond what the festival was in its beginnings, but this year the formats have been revolutionized, with the arrival of performance presentations in spaces such as the one in the image above. Particularly interesting was the one offered by the artist Sougwen Chung, with images of the robots that collaborate with her in her painting works.

But the assets of Montjuïc do not end here (the abandonment suffered by the mountain has already been written and will continue to be written in this and other sections of the newspaper). While the last songs of Sónar Noche were turning off at dawn, a relevant event took place at the Fundació Miró: at six o'clock today, on the occasion of the solstice, the sun fully entered the building and they were able to visit all the rooms without the aid of artificial light, as conceived by Josep Lluís Sert, an architect –significant detail– influenced by the Bauhaus.

Other mountain cultural institutions often cross the boundaries between art and science, from the CaixaForum to the Institut Botànic de Barcelona. But there is a museum that is called to lead this rebirth of a Montjuïc that the director of the Miró, Marko Daniel, prefers to call a park rather than a mountain, because it is less intimidating.

That central museum is the MNAC, pending an extension that has been long neglected, which should allow it to breathe and undertake new projects. The anniversary of 1929-2029 is an irrefutable argument to make the necessary investments. Barcelona cannot afford not to celebrate the centenary of the conquest of Montjuïc as a park where all disciplines of knowledge intersect. If you arrive on time, with the music projected by the 11,171 pipes of the gigantic organ in the Oval Room, silenced since its abandonment in 1974 and which has an exciting recovery project.

The calendar presses. Yesterday, Sónar closed its most D edition with an invitation to all the city's creative agents to celebrate its 30th anniversary together in 2023. And in 2024, the year of the Manifesta biennial and the America's Cup (sports and technology of the hand), Barcelona should apply to host, why not, the second edition of the New Bauhaus biennial festival.