The newspaper library, and the lack of competition, prevent Cibeles from declaring Iglesias 'non grata'

Failing in the municipal plenary session of a City Council such as that of Madrid a former politician without public office converted into a talk show host -as is the case of Pablo Iglesias- already anticipated, in itself, a convoluted parliamentary debate in Cibeles. 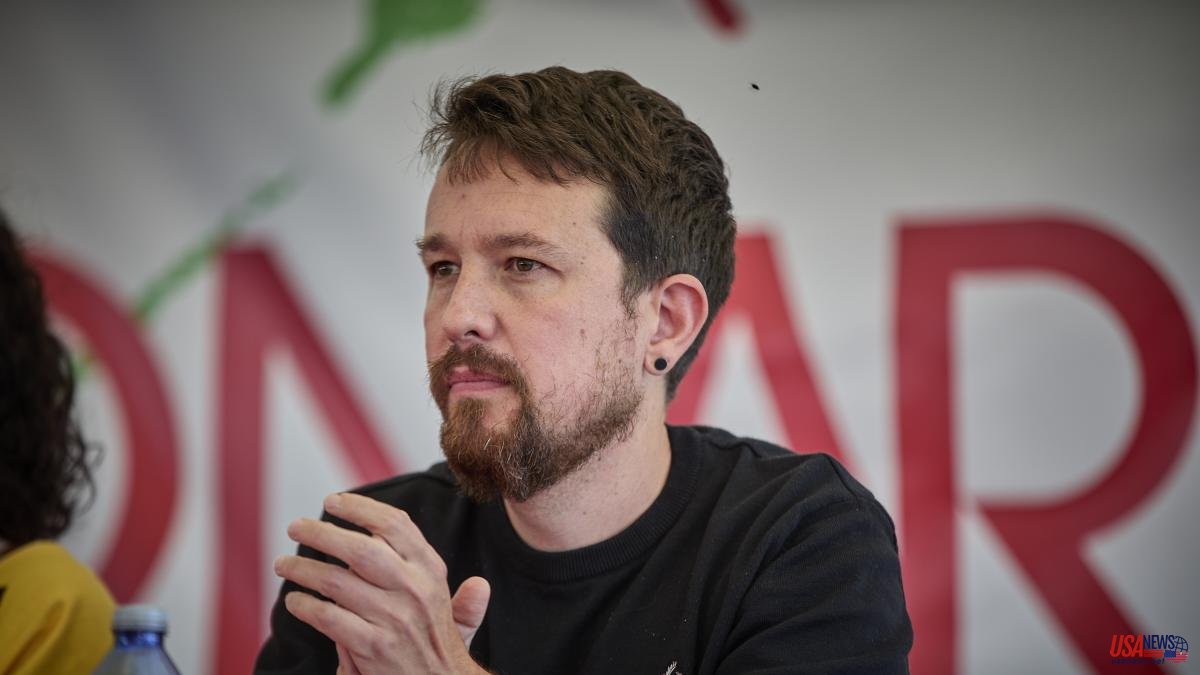 Failing in the municipal plenary session of a City Council such as that of Madrid a former politician without public office converted into a talk show host -as is the case of Pablo Iglesias- already anticipated, in itself, a convoluted parliamentary debate in Cibeles. But the concatenation of revanchisms, the newspaper library, and the lack of competences have led him directly to a dead end in which the crossing of reproaches has overlapped the sole purpose of the initiative, which was none other than to name the former vice president persona non grata. of the government. Something that, by the way, has not gone ahead.

The origin of the "grotesque debate" experienced this Tuesday in Madrid - this is how the deputy mayor, Begoña Villacís, described it - dates back to September 28, when Iglesias declared on his radio program La Base that "With five aunts like Isa Serra (leader of Podemos) on horseback we would see the entire Madrid Municipal Police run. It would also not do them any good. Isa would bring me the scalps of all of them and (Pablo) Echenique and I would burn them in a bonfire with Arnaldo Otegi in Arralde".

Iglesias expressed himself in this way after learning the day before that the Superior Court of Justice of Madrid had suspended the execution of the sentence of one year and seven months in prison imposed on the resident leader Isa Serra for attacking the authority during a protest for an executed eviction in Madrid in 2014.

Iglesias's words were legally denounced by the CPPM, the majority union of the Municipal Police Corps. And, almost immediately, they jumped into the political arena, with Vox being the first party to move to raise the proposal to the plenary session for the City Council to declare Iglesias persona non grata "for the insults manifested against the Municipal Police."

Vox was joined by the PP. Although initially leaning along with Cs for simply disapproving Iglesias, the mayor of Madrid, José Luis Martínez-Almeida, finally assured that "there would be no problem declaring Iglesias non grata."

Meanwhile, PSOE, Más Madrid and the Mixed Group announced their vote against despite rejecting Iglesias's words.

This is how things came to the Plenary today, until a technical report from the technical secretary of the Plenary of the City Council has revealed that the Consistory does have the power to fail, but not to declare non grata, the former Vice President of the Government. That has led Vox to change his proposal in extremis to reduce it to a mere disapproval and that Almeida had to settle for the same.

But the parliamentary debate was missing. And in it they have alternated from statements of 2019 by the mayor, José Luis Martínez-Almeida, defending freedom of expression when the person who was asked to fail in Cibeles was his investiture partner, Javier Ortega Smith, to comments by Miguel Ángel Rodríguez , current chief of staff of Isabel Díaz Ayuso, calling the group of regional police in the country "pimps".

The responses of Ortega Smith and Almeida have not been far behind and in between they have hurled insults from Ortega Smith to a deputy of the Mixed Group and accusations from Almeida to Más Madrid for not having condemned the actions of Iglesias until they had split from Podemos.

Adding the votes of each other, the result of the vote was sung and Iglesias has failed. But all the brawl has returned the former leader of Podemos to Madrid politics for a day. Just the opposite of what each and every one of the parties with parliamentary representation in Cibeles -Podemos does not have it in Madrid- defended at the beginning of the day to present their respective positions.