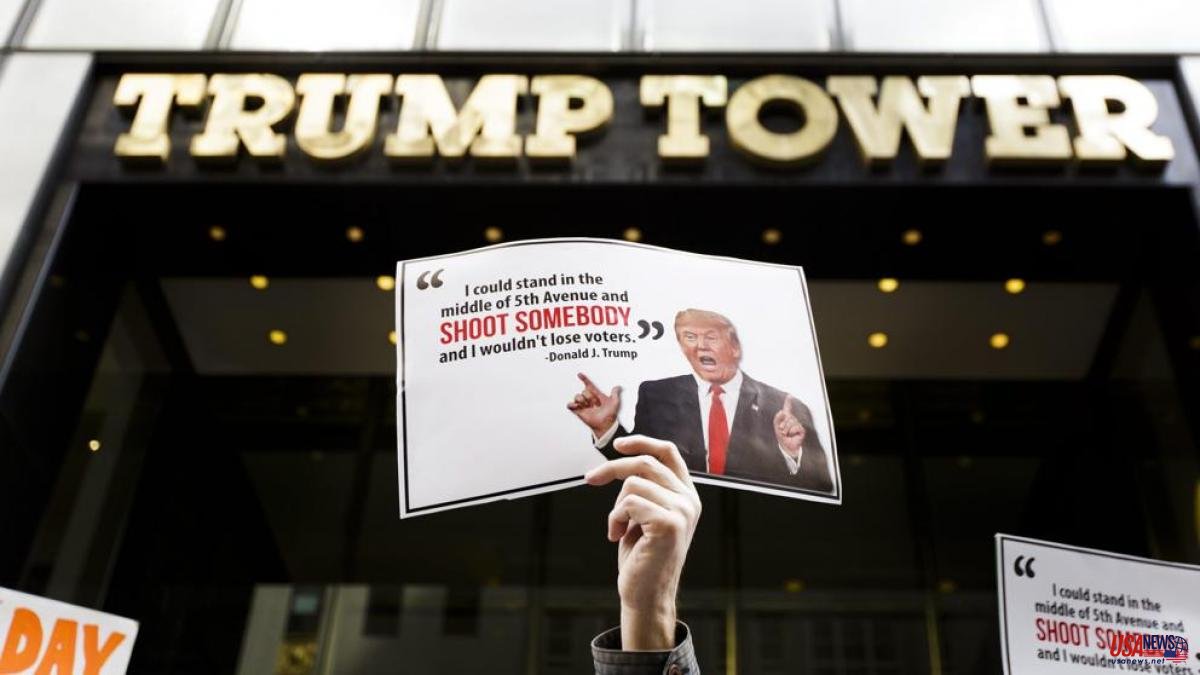 Judicial coup against Donald Trump. The attorney general of New York, Letitia James, yesterday sued the former US president, his three eldest children –Donald Jr., Eric, Ivanka–, the real estate group Trump Organization and two of its most prominent executives for articulating “fraudulent asset valuations and misleading about 200 times in their annual financial statements” from the years 2011 to 2021. It is “the art of theft,” James said.

The purpose of the Trump fraud was to obtain "hundreds of millions of dollars in loans and insurance coverage," explained the representative of the Public Ministry in what constitutes one of the already numerous and diverse investigations that the justice system has opened against the Trump. Republican leader.

Together with the highest executives of the business empire, Trump and his children "illegally inflated and deflated their net worth, in billions of dollars, in order to unjustly enrich themselves and lie to the system, thus deceiving us all," the prosecutor snapped.

Also through his Twitter account, James indicated that among the State's objectives in denouncing Trump's financial and tax fraud are obtaining compensation of 250 million dollars; bar the Republican leader from running businesses in New York “ever again”; and veto that he and his Organization buy real estate in the state of the Big Apple in the next five years. The civil action also involves, he stressed, the "criminal referral of the case" -which in fact already has its criminal parallel-, to the Department of Justice and the Attorney General's Office of the country.

In the most political part of her statement, the Democratic prosecutor stated that "Trump's crimes are not without victims." Because "when powerful and well-connected people break the law to get more money than they're entitled to, the resources available to workers, small businesses and taxpayers are reduced," she argued. She added that in the US "there are not two types of law" according to the more or less high status of citizens: "Former presidents must meet the same standards as ordinary Americans." And "claiming that you have money that you don't have is not the art of negotiation, it is the art of theft," James added, alluding to the title of one of Trump's books.

The prosecutor's indictments describe a serious case of accounting makeup that concerns some of the most precious assets of the family empire, including their homes, golf courses, hotels and other properties in Manhattan, Chicago, Washington D.C. and Florida.

The lawsuit includes as defendants those who were the two Trump company executives closest to him for many years, Allen Weisselberg and Jeffrey McConney. The first pleaded guilty last month to 15 serious economic crimes related to theft and conspiracy to tax fraud along with the former president's company.

Trump considered the lawsuit as a new episode of the "witch hunt" against him. The truth, whatever he says, is that the judicial fence surrounding his dubious political and business acts is gradually tightening.