The return of Uber Eats to delivery with autonomous couriers after a brief parenthesis with subcontracted fleets questions the effectiveness of the rider law, a regulation approved in the summer of 2021 to fight against the figure of false self-employed in the collective. 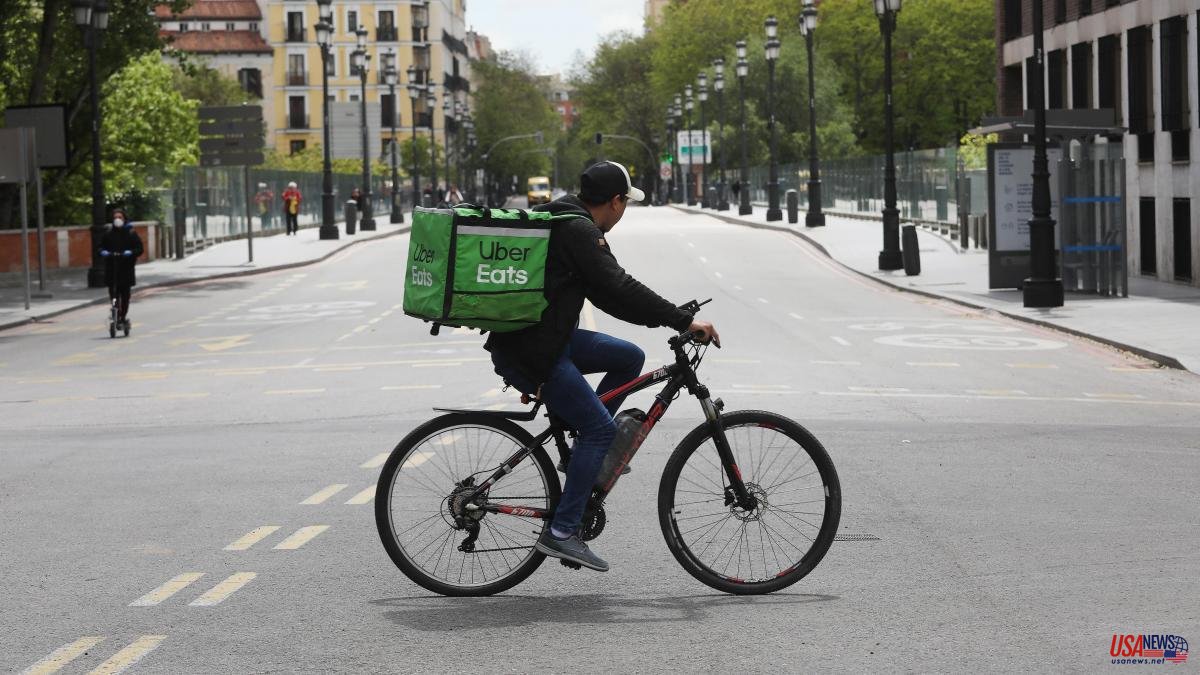 The return of Uber Eats to delivery with autonomous couriers after a brief parenthesis with subcontracted fleets questions the effectiveness of the rider law, a regulation approved in the summer of 2021 to fight against the figure of false self-employed in the collective.

The movement has set off the alarms in the Ministry of Labor, which is finalizing new actions against the platforms that, in its opinion, break the law. They are Uber Eats and also Glovo, which, in fact, has never stopped operating with fleets of autonomous delivery people. In both cases, the companies have modified the working conditions of the self-employed, granting them freedoms that, in their opinion, allow them to avoid the wording of the law. A rule that in turn is not exhaustive either, but rather establishes a presumption of employment in the relationship between both parties and, therefore, opens the door to exceptions.

Sources from Uber Eats assure that the model launched last week “allows couriers who choose to be autonomous the right to freely set the price they are going to charge for each order, an element that shows that the rider's work will be on their own. own”. In addition, the company undertakes not to penalize the courier if it rejects the order, among other issues.

The multinational has taken the step after warning the Ministry of Labor that it was going to return to the self-employed model because by operating with subcontracted employees it suffered unfair competition from Glovo, which always followed the flexible and cheap model of self-employed couriers.

To adapt to the new law, this Catalan platform introduced small modifications regarding pricing. To questions from this newspaper, the company does not give new details. Jose (fictitious name) is a delivery man who has been delivering with that platform for years and ensures that there is now a system that allows the courier to multiply the price of the order up to a maximum of 1.3. “In practice, this freedom is false because nobody demands this maximum. We chose to stay with the lowest price and thus capture as many orders as possible, "says the delivery man.

Another of the changes that Glovo recently proposed was to require riders to bill restaurants directly, without intermediating with the platform. However, the measure has never been applied and has been frozen for months, sources from the restaurant sector confirm to this newspaper.

Faced with this model, the CC.OO. He already filed a complaint with the Catalan Labor Inspectorate last year, but it is unknown if he has gone further, according to union sources. These types of investigations are slow because they require exhaustive verifications, a crucial time for the companies, which in the meantime can continue to act normally.

Aware of this, the Minister of Labor, Yolanda Díaz, assured last Monday that more actions will be seen soon to ensure that the rule is applied "with all the harshness". The Secretary of State for Employment, Joaquín Pérez, also expressed his concern a few weeks ago and assured that he would use "all the means" at his disposal to demand the responsibility of the platforms that try to circumvent the law, with the Labor Inspectorate at the head. .