The Síndica de Greuges Esther Giménez-Salinas has taken office in a solemn act in the Auditori of the Parliament of Catalonia this Thursday where the new leader has outlined some of the lines that will mark her management at the head of the institution. 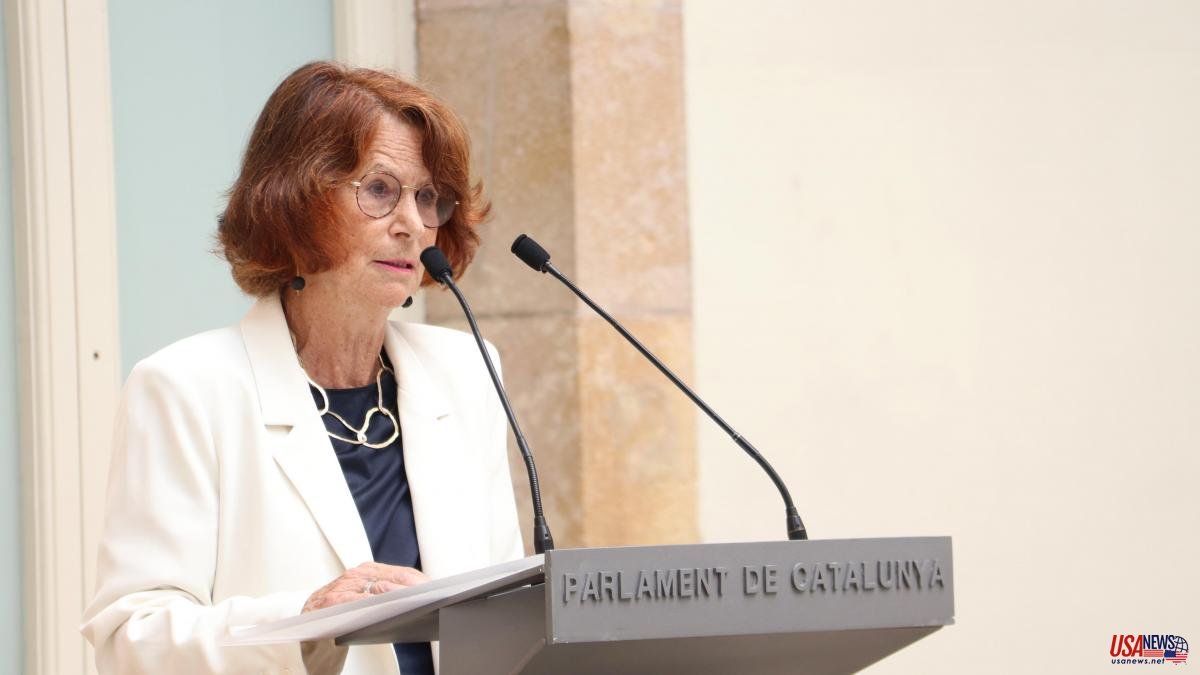 The Síndica de Greuges Esther Giménez-Salinas has taken office in a solemn act in the Auditori of the Parliament of Catalonia this Thursday where the new leader has outlined some of the lines that will mark her management at the head of the institution. The professor of Criminal Law has pointed out restorative justice; the dejudicialization of politics in Catalonia, for which she has been in favor of reforming the crime of sedition; the protection of children or the revision of the penitentiary system as axes of her mandate.

In the presence of the president of the Generalitat, Pere Aragonès, former presidents Artur Mas and José Montilla, members of the Board, deputies and the Ombudsman Ángel Gabilondo, the Síndica explained what she would like to "promote". First, "take advantage of all the changes and the good things that have been done" during the administration of his predecessor, Rafael Ribó, in the field of human rights. At this point he emphasized "restorative justice" as an alternative to "criminal justice that is outdated and obsolete." "Where is the right to be forgiven and to forgive?" the new Trustee has been questioned.

Secondly, "the issue of prison", the penitentiary system, which "in the eyes of the 21st century seems like a bastion of the past". In contrast, Giménez-Salinas advocates "less repressive and more effective models."

Thirdly, the "dejudicialization of conflicts in Catalonia", in whose folder he indicated as an appropriate solution "adapt the crimes of sedition and rebellion to the European context" and "avoid the judicialization of conflicts that may have agreed solutions". The Ombudsman says she has full "confidence in dialogue and agreement" and considers that "criminal justice should be the last resort."

In the field of childhood, Giménez-Salinas has warned of the situation experienced by minors who have problems with the law or are in a vulnerable situation. "Protecting can never be isolating or locking up, and children even less so." That is why she advocates a "deep review" of the child protection system, and for "promoting more inclusive and stable measures, such as foster care."

Esther Giménez-Salinas has taken office after the Catalan Parliament voted on June 30 in favor of her election as the new Síndica de Greuges to replace Ribó, whose mandate had expired for three years after 18 in office.

The plenary session of the Catalan Chamber of Deputies supported the election of Ginémez-Salinas under the agreement reached at the end of the year between PSC, ERC and Junts to renew the positions dependent on the Parlament, including the Corporació Catalana de Mitjans Audiovisuals (CCMA ), the Audiovisual Council of Catalonia (CAC), the Council of Statutory Guarantees, the Commission for the Guarantee of the Right of Access to Public Information or the Audit Office, among others. The vote - secret - was settled with 91 votes in favor and 39 against.

The former rector of Ramon Llull University and former member of the General Council of the Judiciary (CGPJ) has become the fourth person to lead the institution created in 1984 and the first woman to do so.

Giménez-Salinas replaces Ribó, who has held the position for 18 years, almost as long as his two predecessors: Frederic Rahola (1984-1992) and Anton Cañellas (1993-2004), but she will have a 6-year mandate, and will not may be re-elected, after the last legal modification.

The new head of the Sindicatura de Greuges passed the mandatory parliamentary procedure before the vote. She passed by the Greuges Sindicatura Commission on June 21, where her suitability for the position was declared.