The new post-pandemic electronics, at Sónar

Concerts and festivals are already at full throttle. 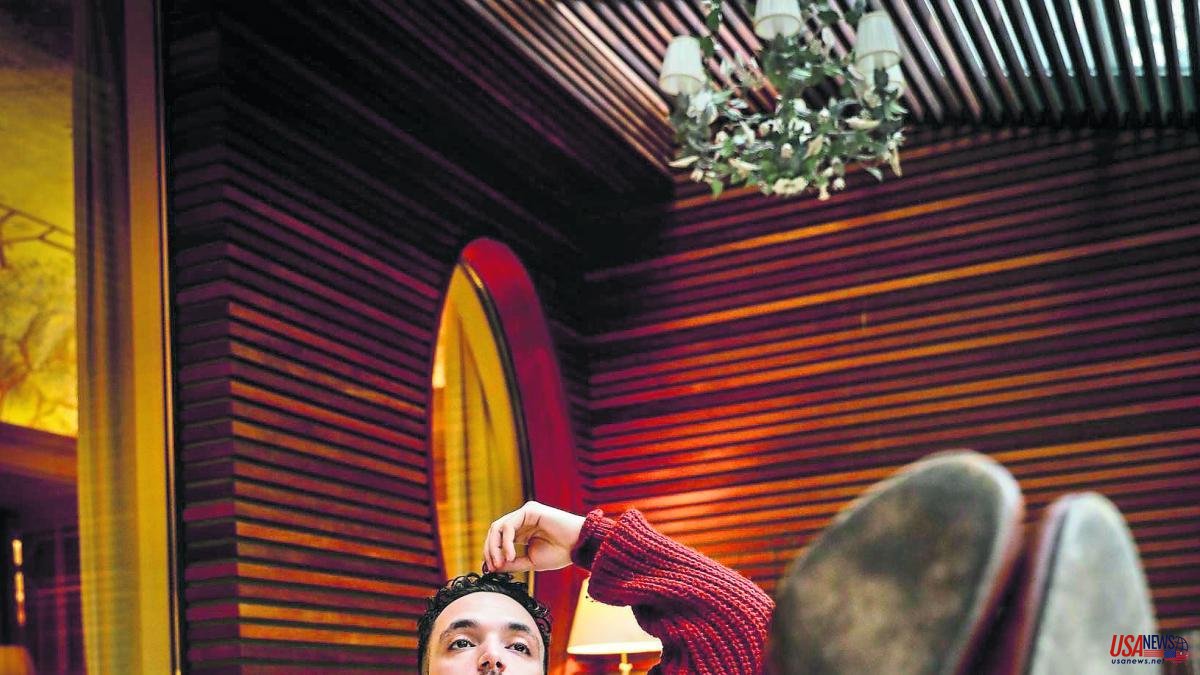 Concerts and festivals are already at full throttle. It is a pleasant fact that has been taking place since last February, when the capacity restrictions that prevented enjoying live music in optimal conditions to continue being sustainable were lifted. And it was not until April that the masks were removed from the matter. It does nothing, as they say.

Just a few months later, the scenario is that of a certain collapse or funnel effect, as there is a foreseeable situation of open conflict between supply and demand, the former being clearly greater than the latter. The result is being the constant cancellation of concerts due to the precarious sale of tickets for them. There is not enough public for so many concerts, especially when the festival season has already started, which does not seem to have this attendance problem. On the contrary. At least this is the feeling of entry.

This context of wind in favor could not be better for Sónar, the national electronic music festival par excellence, which is facing a long-awaited edition full of challenges. It will be a good time to take the pulse of the general state of affairs, that of electronic music, that of clubbing, that of the industry and that of the festival itself, which starts next Thursday, the 16th. This is the first post-pandemic edition, after last 2019. Two years in which the brand has been kept alive with the 5th and 6th editions of Sónar Istambul, the two hybrid editions (virtual and face-to-face) of Sónar D (at the CCCB) and the first edition of Sónar Lisboa this past April 2022.

In its usual varied cocktail of styles, the festival has integrated, for some time now, artists that we could include under the very generic and currently debatable umbrella of urban music. Well, the one who does trap is as urban as the one who does hardstyle, bass or techno. In any case, these have been good years for all those sonorities of rhythms indebted to Latin cadences and mid-tempos such as reggaeton, trap, bachata, dembow or dance hall, among others. Artists such as Rosalía, C. Tangana, Bad Gyal or Alizzz (the main producer of this entire scene) have conquered the public and critics with eclectic and daring albums, filling their concerts to the brim. C. Tangana from Madrid will be one of the headliners of this edition.

A curious and surprising post-pandemic phenomenon has been to see how the speed of the rhythm of electronic dance music productions has increased. They have raised the BPM to the point of insanity and at times superhuman. The youngest handle it from any style and love it to dance. A percale that Sónar has not lost rubble and that includes in its programming with different artists that deal with it, very pleasantly surprising to see how the majority are high-quality national products. Here is an annotated selection.

OF THE URBAN AND OTHER HERBS

C. Tangana. Antonio Pucho Álvarez stands at Sónar, already converted into one of the main musical figures in the country. The fault lies with El madrileño, his second album, with which he has completed a successful tour this 2022. The madness started last April 2021, with the first staging of the album for Tiny Desk, the American concert series recorded to broadcast online. There he played four songs from the album surrounded by some of his collaborators and other musicians, among whom were Kiko Veneno, Antonio Carmona, Niño de Elche or Alizzz, his producer. To date, this video has more than 32 million views. C. Tangana gives it all: flamenco, rumba, rap, reggaeton, bachata, pop and, of course, also electronic music. (Friday 17th, 9:30 p.m., SonarClub)

dwell. Morad's rise to the top is worthy of study. In just two years, this resident of l'Hospitalet de Llobregat has become one of the most listened to artists in the country. Without published albums or record label that, for the moment, is going to do it. Through his own YouTube channel and the organic growth of his fan base through word of mouth, Morad is today a mass idol; very young, yes. Not in vain, Morad is the voice of the neighborhood, of the working class, of the dreams achieved with the effort and tenacity of those who have never had it easy and those who give nothing away. Halfway between trap, drill and hip-hop, Morad also raises the BPM when he plays, like on his latest single, Pelele, which will surely rock SonarPark. (Saturday 18, 5:50 p.m., SonarPark)

Nathy Peluso. The female quota is well nourished and covered and Nathy Peluso is undoubtedly one of its main attractions. Argentina is another clear example of sudden and overwhelming success, since it debuted last 2020 with Cramp , which featured one of the most interesting voices on the scene, and in the midst of a pandemic. An album that was left without a tour but that did not prevent him from playing live in 2021, at the Jardins de Pedralbes and Vida festivals, being one of his high points. This 2022 has been her breakthrough year thanks to Ateo, a hit in collaboration with C. Tangana that placed her at the top of the country's charts. She was also nominated for a Latin Grammy for this song. (Friday 17th, 11:25 p.m., SonarPub)

Juicy Bae. It can be said that the Sevillian has invented a genre, flamenco trap, the union of two worlds that are much closer than they may seem at first glance. And the fusion of her leaves no room for doubt, either in the heartfelt lyrics or in her powerful way of singing. This singer, songwriter and dancer presents her latest album at Sónar, PTSD, which addresses post-traumatic stress in her own way. (Friday 17th, 4:15 p.m., SonarPark)

Ms Nina. Argentine Jorgelina Andrea, alias Ms Nina, is responsible for a whole new style, neoperreo, where she fuses various Latin styles from an unprecedented approach that explores role changes in the world of music, with the feminine in the foreground, with a clear denunciation of homophobia. (Thursday 16, 6:20 p.m., SonarPark)

Locoplaya. The Canarian trio formed in 2014 by Bejo –whose solo career shines with its own light on the national music scene–, Don Patricio and Uge is one of the brightest and most carefree proposals on the bill. Hits like Vamoave, Canary ass or What does youth say? They make Locoplaya's live shows a pure party. (Saturday 18, 5:50 p.m., SonarVillage)

White guy. House four by four is becoming more and more present on the scene and going further and Chico Blanco is a benchmark in the matter. His pop in an urban key with house and garage bases is creating a school and has opened the season. (Thursday 16, 7:20 p.m., SonarPark).

BRAVE. Under this name hides Sara N'Donga, the DJ of Basque origin based in Madrid who cheekily handles all the Latin-rooted clubbing imaginary, from reggaeton to dembow through the r

THE MACHINE IS FORCED

Child of Elche. Always going against the current and at his own pace, playing as many styles as he can get his hands on and with experimentation as his philosophy of life, Niño de Elche presents at Sónar Concert de músika festera , a bakala reinterpretation of Valencian popular music with the support of the Andalusian producer and DJ Ylia and the band La Valenciana, with forty members. It is the fusion of two great Valencian traditions: the village bands and the bakalao, that native hardcore of the nineties that in Catalonia became the machine scene. In both Valencian traditions "dance or die is a motto of survival". (Friday 17th, 6:10 p.m., SonarPub)

VVV [Trippin' you]. That the accelerated and crazy hardcore sound of the nineties was coming back was already being seen and that scenes like the Dutch gabba, the Valencian bakalao and the Catalan machine are being vindicated at full speed is a fact. What no one could have imagined is this trio from Madrid, which broke into the scene five years ago with a resounding mix of bakalao, cyberpunk and technoid synth pop, creating a new and unique sound that finally moves away from hackneyed and predictable nostalgic precepts. . Turboviolencia is his most recent album, from the end of 2021, and will be the basis of his live show. (Friday 17, 2:30 p.m., SonarHall)

Rojuu. When he was only fourteen years old, he began to self-produce and post his first songs, such as Nintendo, a trap ode to the gamer universe and manga, one of Rojuu's obsessions, always present in his particular universe. His nihilistic and non-conformist lyrics can recall the grunge generation of the nineties, from which she also recovers a certain sonority. But his thing is pure futurism, both in his lyrics and in his music, which freely and without prejudice mixes urban styles with pop, pcmusic or electronics. Rojuu is the voice of the youtuber generation. (Thursday 16, 4:00 p.m., SonarPark)

Samantha Hudson. The queer icon, singer and mass television phenomenon presents her latest album, Liquidación total, in a makinera key. In her live performances there is never a lack of electronic dance music, nineties sounds or Latin rhythms such as dembow or reggaeton. (Friday 17th, 6:30 p.m., SonarHall)