The new handsome of the classic

When Yuja Wang burst onto the main classical stages more than a decade ago, the temptation on the part of an audience accustomed to traditional elegance and sober posing was to deduce that if the young Chinese exaggerated so much with the short skirt, it would be to hide his shortcomings as a pianist. 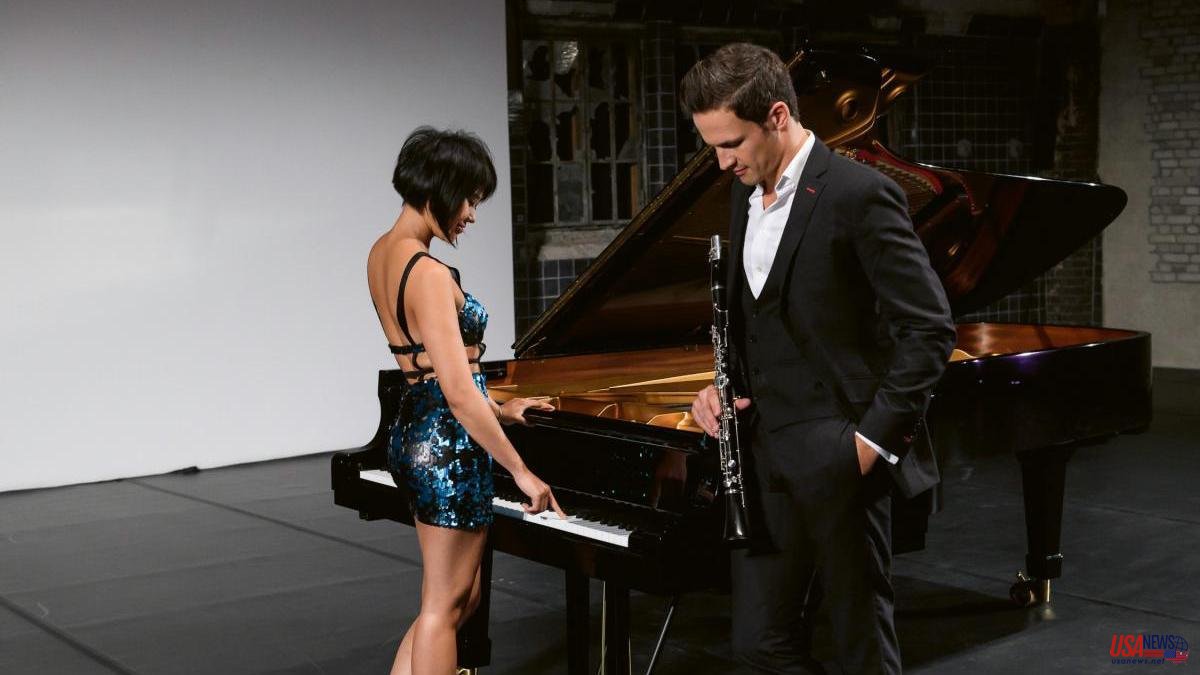 When Yuja Wang burst onto the main classical stages more than a decade ago, the temptation on the part of an audience accustomed to traditional elegance and sober posing was to deduce that if the young Chinese exaggerated so much with the short skirt, it would be to hide his shortcomings as a pianist. Reality prevailed and, once the interpreter proved to be a beast, her clothing came to be seen as one more feature of her character.

Why do you dress that way? Are you short and need self-confidence? Do you love fashion? Are you looking to scandalize? were the questions.

The truth is that in the last decade the public has stopped finding the minidresses of the virtuous Pekingese woman, now residing in New York, shocking. Her daring clothes are not only part of her personality and her need to express herself, but they have opened a door to sensuality among the following generations of solo performers, with attitudes more typical of the sphere of pop or hollywoodian.

Leaving aside the world of opera singers, where it is more common to find an Aida Garifullina dedicated in body and soul to being the most beautiful in the place (especially on Instagram), the classical woman is showing figures that exploit her sexy character.

Georgian pianist Khatia Buniatishvili does not fall short when it comes to stage animality. And Yuja Wang herself has pushed not a few musical companions to catch her energy. Her technical facility, her interpretive power and her musicality invite us to radically enter the world of each composer. The audience at the Palau de la Música could see this when she played Messiaen's Turangalila symphony with Gustavo Dudamel on the podium. "That has been a Led Zeppelin experience," the Venezuelan said.

Wang's duets with star cellist Gautier Capuçon also caused a stir – aren't they a couple? people wondered – and the industry has also been able to exploit his special aesthetic entente with the handsome clarinetist Andreas Ottensamer – the Adonis of the Berliner Philharmoniker who was recently a guest of the OBC at L'Auditori–, with whom he recorded that Grand duo concertante by Weber or Intermezzo by Brahms filmed at sunset in the middle of a lake. The Wang-Gautier-Ottensamer trio that Deutsche Grammophon has just launched would not take long to form.

Ottensamer, in turn, is a great friend and collaborator of the Swiss maestro Lorenzo Viotti, from the Viotti saga, as well as the youngest Viennese Marc-André Teruel, a double bass player who also makes people talk for musical and aesthetic reasons. And less obvious, to continue talking about handsome, is the British violinist Charlie Siem, straight out of Eton, son of classy millionaires and open to all kinds of violin-in-hand performance.