When one thinks of a Disney princess, it is easy for some clichés to come to mind: a weak woman, not particularly smart, who is not used to making her own decisions and who sits waiting for a Prince Charming to rescue her or solve all her misfortunes. 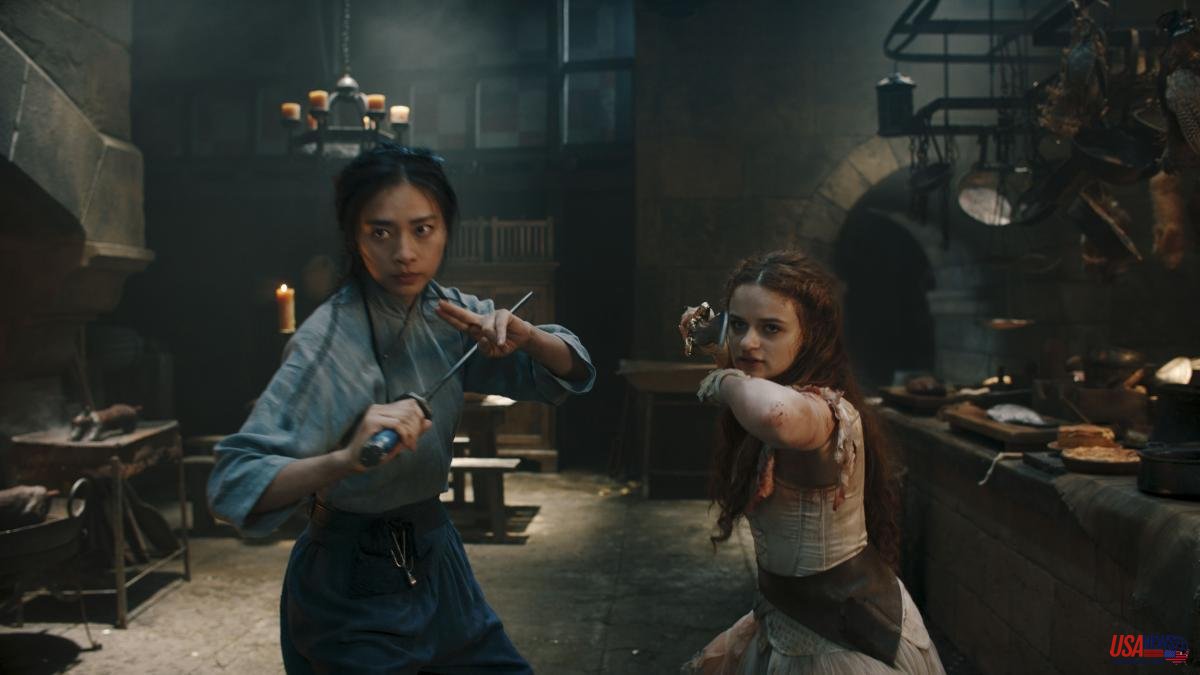 When one thinks of a Disney princess, it is easy for some clichés to come to mind: a weak woman, not particularly smart, who is not used to making her own decisions and who sits waiting for a Prince Charming to rescue her or solve all her misfortunes.

This stereotype has been outdated for a long time and there are many women who in recent years have criticized whether these are the characters that childhood should focus on. For this reason, aware of the realities of the 21st century, the factory has prepared a new film, The Princess, whose protagonist is a woman willing to face anyone who gets in front of her.

The film premiered this weekend on Hulu and Disney, and so far, this mix of fantasy, action, and martial arts is translating to generally positive reviews. There are several viewers who have compared this princess who, by the way, at no time in the footage is her name revealed, with some of the protagonists of Quentin Tarantino's films. A very applauded fact, because far from her is the story of her of other companions from the study of the mouse such as Snow White, Cinderella or Sleeping Beauty.

The one chosen to give life to such a powerful heroine is the actress Joey King, who we will soon see in Bullet Train, the David Leitch film starring Brad Pitt and Sandra Bullock. The interpreter gets into the skin of this young woman whose life takes a 180 degree turn when she informs her that she will not marry the cruel and sociopathic man with whom she is engaged. This rebellion will cost her dearly because her King, her own father, will lock her up in the highest tower of her castle like Rapunzel. However, her story will have nothing to do with hers.

Disgusted and furious at her refusal to walk down the aisle, the prince begins an offensive with a single goal: to seize the throne at any price, something that only the protagonist can prevent.

With this film, Disney shows that it has moved on from its old model and we will have to wait to see if it continues with this new story in its future productions, even if they do not have the same action shots or bloodbaths as the latter.

The director of the film, Le-Van Kiet, acknowledges that this story drinks from previous Disney stories, such as Brave and Tangled, whose protagonists are also empowered, but acknowledges that his brings new perspectives and another twist. And it is that the spectator will be able to meet a princess in action, participating in choreographed fights, and impossible fights with weapons of all kinds.