With the vocation of becoming a reference space in the cultural field at the service of all Valencians, the new CaixaForum de València was born, whose inauguration was attended, on June 21, by the president of the Generalitat Valenciana, Ximo Puig, the Mayor of the city, Joan Ribó, and the president of the “la Caixa” Foundation, Isidro Fainé. 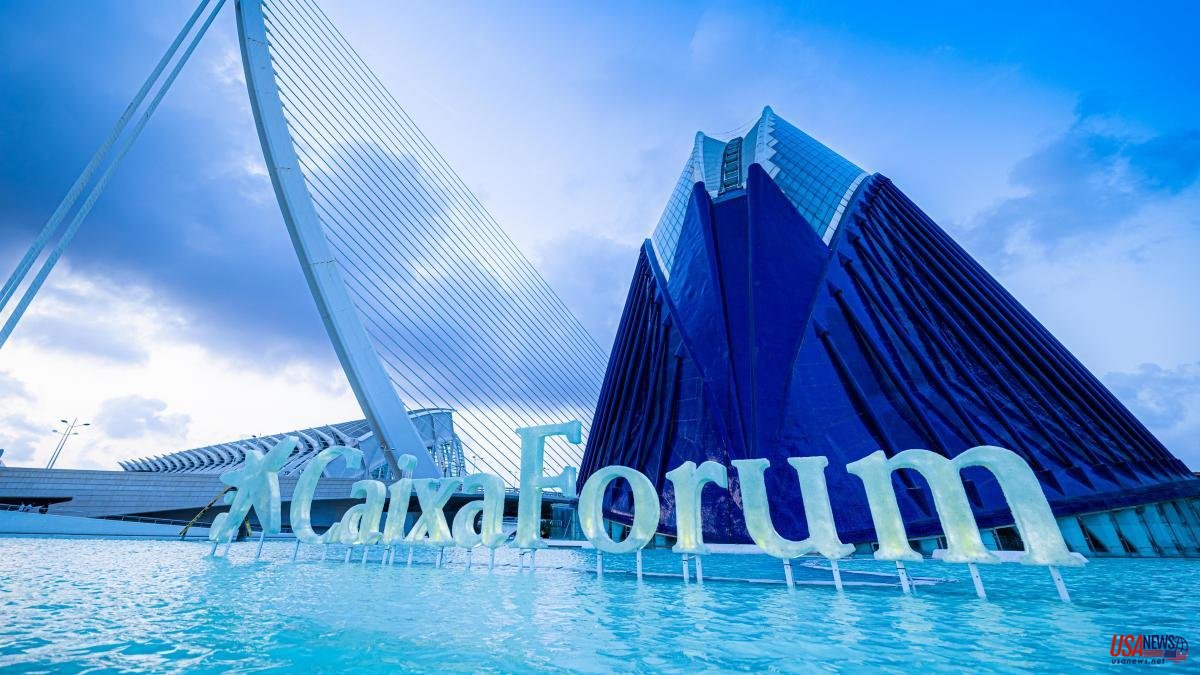 With the vocation of becoming a reference space in the cultural field at the service of all Valencians, the new CaixaForum de València was born, whose inauguration was attended, on June 21, by the president of the Generalitat Valenciana, Ximo Puig, the Mayor of the city, Joan Ribó, and the president of the “la Caixa” Foundation, Isidro Fainé.

This facility, undoubtedly the most unique of the entire network of cultural centers of the foundation, is the work of the prestigious architect and set designer Enric Ruiz-Geli, professor at Virginia Tech, and has nearly 10,000 square meters dedicated to the dissemination of knowledge , two exhibition halls, an auditorium with capacity for around 300 people, a bookstore, a restaurant and a family and educational space.

The inaugural program is a sample of the diversity of its cultural proposal, which takes us from the first civilizations to contemporary artistic creation. The Pharaoh exhibition. King of Egypt, in collaboration with the British Museum, brings us closer to the figures of the so-called Lords of the Two Lands as well as daily life in the Nile Valley, through monumental statues, precious temple reliefs and objects from Ancient Egypt .

Horizon and limit. Visions of the landscape allows us to discover how artistic creation has shaped our perception of nature, through a set of works by authors from the past, such as Gustave Courbet, Ramon Casas or Joan Miró, and the present, such as Tacita Dean or Bleda

The entity has also programmed numerous activities for the first weeks, among which the Summer Nights stand out, in which music, poetry, cinema and the performing arts come together through encounters with artists such as Brossy (Rossy de Palma

The project by Enric Ruiz-Geli, located in the Ágora building of the Ciutat de les Arts i les Ciències, evokes in its interior a world of living cells interconnected in a protective ecosystem. Its most distinctive element is La Nube, an open space dedicated to family and educational activities, built with materials as light as pure fiberglass, which give it an ethereal sensation, of lack of gravity.

The Cloud is connected to the five oceans through real-time data. Depending on the temperature of these, the light changes from blue to violet. Blues are related to the good health of the planet, while violets are linked to climate change, rising water temperatures and melting ice.

The exhibition halls are tall and open spaces, with a pioneering air conditioning system and lighting through an arch system that achieves a slight shadow that gives prominence to the artistic works. The auditorium, which has the latest technology, is conceived as a black box with a cardboard landscape and an installation by Frederic Amat on the ceiling, The Written Forest, which calls for the protection of our forests.

The restaurant has a landscaped roof that provides acoustic absorption and large skylights that ensure low energy consumption. Also noteworthy is the administration and bookstore space, with a beautiful roof covered by the ceramist Toni Cumella, supported by a wooden structure reminiscent of the palm trees of Elche.

Ruiz-Geli describes this place as "a radically sustainable project of collective intelligence", since it is the sum of diverse talents in fields such as 3D printing robotics, energy engineering, landscaping or audiovisual technology.

Two Valencian creators, Inma Femenía and Anna Talens, have also contributed two permanent works to the center. The first is the author of Arc al cel, a sculpture that reproduces the optical phenomenon of the rainbow, while Talens signs Palafit, another sculpture that is inspired by the agrarian architecture of the aquatic ecosystems of the Valencian Community.

CaixaForum joins the "la Caixa" Foundation project, becoming the tenth cultural center distributed throughout the Spanish geography. All of them are characterized by hosting a top-level cultural, educational and scientific proposal in constructions that combine the architectural past with modernity.

CaixaForum Barcelona is located in the old Casaramona textile factory, an example of modernist architecture created by Josep Puig i Cadafalch. CaixaForum Lleida is located in the historic Cinema Viñes, the work of another modernist architect, Francesc de Paula Morera Gatell. The center of Girona rises in the Fontana d’Or, an emblematic example of Catalan civil architecture of medieval origin, and that of Tarragona, in a neoclassical building in the city center.

CaixaForum Madrid updates an old power plant located next to the “art triangle” formed by the Prado, Thyssen-Bornemisza and Reina Sofía museums, while the building in Palma is a remodeling of another modernist jewel, the Gran Hotel. To this must be added the contemporary inspiration of the CaixaForum Sevilla, the work of Guillermo Vázquez Consuegra, or the one in Zaragoza, located in the old El Portillo railway station, as well as the CaixaForum Macaya and CosmoCaixa buildings, both in Barcelona.

All these centers created by the "la Caixa" Foundation are much more than exhibition spaces; They are also meeting places to promote debate and research, encourage dialogue and reflection and disseminate the arts, sciences and humanities that evoke the spirit of love for wisdom of the ancient Greeks, which is found in the cradle of our civilization.