The King has begun the last day of the year by presiding, in the Zarzuela, the oath (or promise) of the four new magistrates of the Constitutional Court and, shortly after the chimes, he will travel to Brazil to attend this Sunday, in the capital Brasilia , to the inauguration of President Luiz Inácio Lula da Silva. 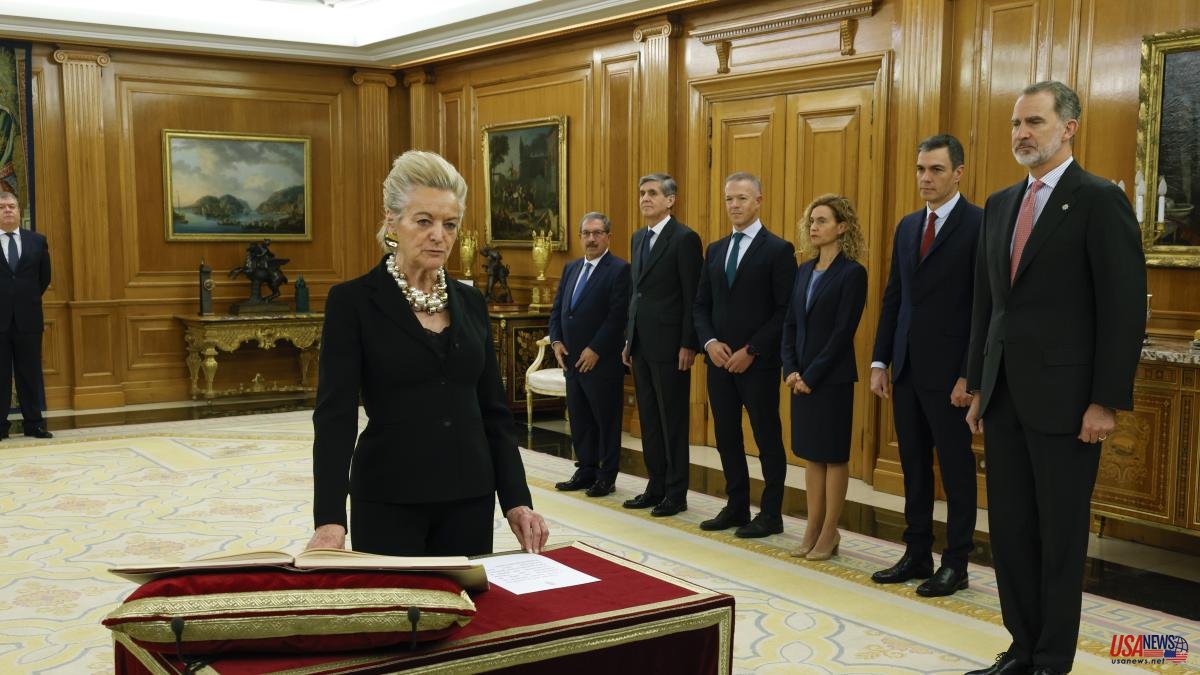 The King has begun the last day of the year by presiding, in the Zarzuela, the oath (or promise) of the four new magistrates of the Constitutional Court and, shortly after the chimes, he will travel to Brazil to attend this Sunday, in the capital Brasilia , to the inauguration of President Luiz Inácio Lula da Silva. This Saturday's ceremony at La Zarzuela closes the latest political crisis, which pitted parties against each other and affected the legislature and the judiciary, and took place just a week after the King, in his Christmas speech, warned about the risks the deterioration of institutions.

The four new members of the Constitutional Court who have sworn in (or promised their position) this Saturday are the former Minister of Justice Juan Carlos Campo and the professor and former high-ranking official of Moncloa Laura Díez, both proposed by the Executive; and judges César Tolosa and María Luisa Segoviano, elected by the General Council of the Judiciary (CGPJ).

The ceremony, held in the Zarzuela audience room, was attended by the Prime Minister, Pedro Sánchez, and the presidents of Congress and the Senate, Meritxell Batet and Ander Gil. Also present were the president of the Constitutional Court, Pedro González-Trevijano; the president of the General Council of the Judiciary, Rafael Mozo; the Minister of Justice, Pilar Llop, and the General Director of Legal Security and Public Faith, Sofía Puente.

With their right hands placed on a copy of the Magna Carta, opened by the page of article 159 that refers to the Constitutional Court, the four new members have pronounced the same words: "I promise (I swear, in the case of Judge César Tolosa) faithfully fulfill the obligations of the position of magistrate of the Constitutional Court with loyalty to the King and keep and have the Constitution kept as a fundamental rule of the State".

The King will spend the last hours of the year, together with his family, in his residence in La Zarzuela with just enough time to eat the grapes, since the official plane that will take him to Brasilia is scheduled to leave the Torrejón base, in around 2 in the morning. The Minister of Foreign Affairs, José Manuel Albares, travels with him, and once there they will be joined by the Second Vice President and Minister of Labor and Social Economy, Yolanda Díaz, who is already in Brazil.

Upon his arrival in the Brazilian capital, around 8 am on Sunday (local time, four more hours in mainland Spain), the King will go to the Spanish embassy, ​​his residence during his stay in Brazil, to hold a meeting with a representation of the Spanish community and, later, will share a lunch with the President of Portugal, Marcelo Rebelo de Sousa who, along with 17 other leaders, will also attend the inauguration of President Lula's third term.

The solemn ceremony of Transmission of the Presidential Command takes place at the headquarters of the Brazilian Congress and, later, the delegation plans to travel to the Planalto presidential palace where Lula will deliver his first speech as the new president of Brazil.

On Monday, before embarking on his return trip to Madrid, the King will hold a meeting with Lula that will take place at the headquarters of the Brazilian Ministry of Foreign Affairs, the Itamaraty Palace.

The Minister of Foreign Affairs, José Manuel Albares, will accompany the King at all times, while Vice President Yolanda Díaz has her own agenda that begins this Saturday with meetings with several of the ministers already appointed by Lula, such as Labor, Luiz Marinho, and that of Racial Equality, Anielle Franco. In addition, the vice president plans to visit the Armazem do Campo Social Economy project with the Landless Rural Workers Movement (MST) and the Mundukide Fundazioa.