The negotiation of the agreement by the Catalan: five days to find a synonym

The four major parties in Parliament, ERC, Junts, PSC and En Comú Podem, reached an agreement this week to pass a law on the use and learning of official languages ​​in education. 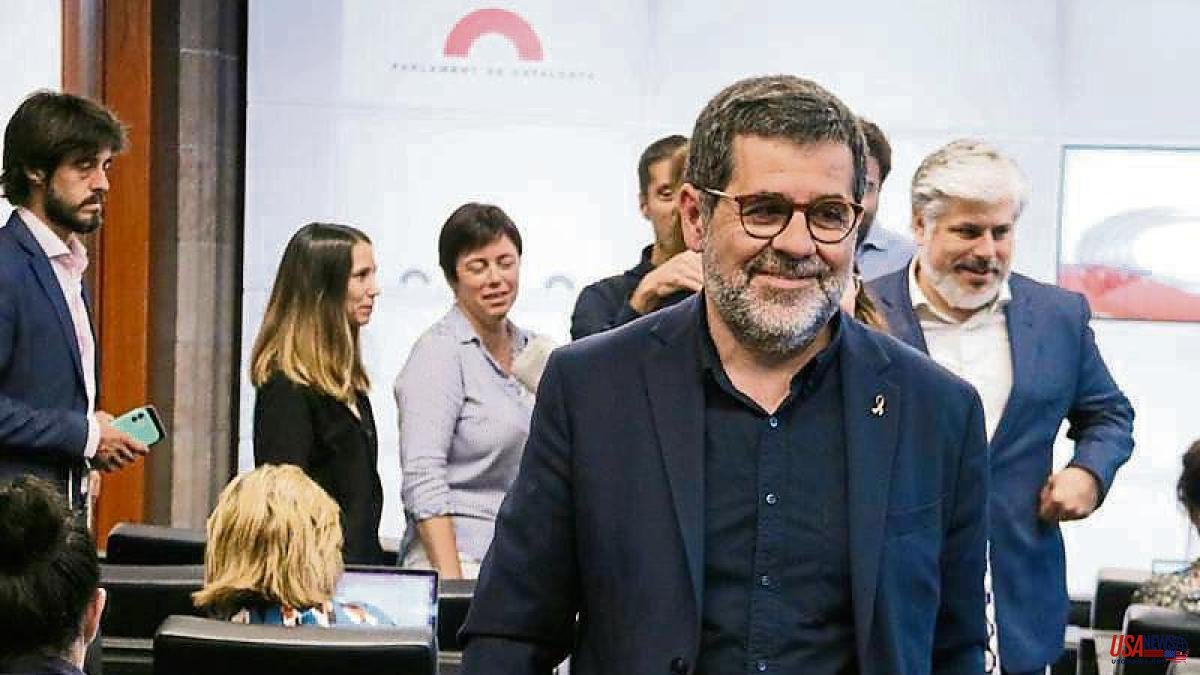 The four major parties in Parliament, ERC, Junts, PSC and En Comú Podem, reached an agreement this week to pass a law on the use and learning of official languages ​​in education. There were five days, from Thursday 19, of intense negotiations to find an equivalent to the terms "vehicular" or "learning", with which to reflect that Spanish is not only a subject, but also a language of use and with which content is broadcast in schools.

16 different versions of the wording of the rule were crossed, dozens of calls and messages in a WhatsApp group created for the occasion, and fifteen politicians intervened, who held a dozen meetings and consulted jurists and experts in language policy. On paper, expressions were searched in the dictionary to clarify the role of Spanish, among which emerged "language of use", "of educational use", "curricular language", "of learning", "normally used", and others.

All precipitated by the order given by the Superior Court of Justice of Catalonia (TSJC) on Monday, May 9, forcing to comply with 25% of Castilian in the classrooms.

In none of the 16 versions through which the text of the new law passed was it ever stated that Spanish was the vehicular language of Catalan education. Although the process "was loaded with nuances", especially at the end, the Socialists agreed that Catalan should be the "center of gravity" but they also wanted to give Spanish a certain vehicular character. Junts rejected it outright and stressed the need to avoid percentages such as the 25% set by the TSJC in the sentences with which it has been resolving linguistic disputes in the classroom.

The negotiation had moments of crisis, especially last Monday, 24 hours before it was signed, and the same Tuesday that it was announced, when first thing in the morning the leader of the PSC, Salvador Illa, poured a jug of cold water on the last proposal that arrived at his table.

Illa himself, the still general secretary of Junts, Jordi Sànchez, and Albert Batet, president of the post-convergence group, also played an important role in the unblocking. After a meeting of the socialist leader with this parliamentarian on Tuesday morning and another later with President Pere Aragonès at the Palau de la Generalitat, the pact was settled.

Five days of intense negotiations focused on semantics came to an end. It was the socialists who on Thursday 19 proposed limiting the role of Spanish with the expression "curricular use", with which the teaching and use of this language was delimited to the activities of the classroom. However, the postconvergents did not accept it. They considered it too “strict” because “other directed educational activities” were left out, such as those that take place in canteens or after-school activities.

Both Junts and PSC "we were clear that it could not be interpreted as intervening in the freedom of language that should be given in the courtyard, in the toilet or in the corridors of the centers". That "could be used in Madrid to say that that was precisely what we were doing," point out the postconvergents. So Jordi Sànchez proposed the term "educational use" for Spanish on Friday the 20th. But the socialists saw it as too ambiguous. "We needed more clarity," they say in the PSC.

With a version of the law that stated "the teaching and educational use of Spanish and Catalan must have an adequate presence", it was discussed by phone over the weekend. And on Monday, 24 hours before the agreement was closed, the PSC made it known that this version was not acceptable because it could be interpreted that the right of students to use languages ​​in non-teaching areas (the patio or the corridors) was being regulated.

The commons assure that that day Junts even raised the possibility of making the PSC fall out of the pact and close it with them and ERC, but those of Jéssica Albiach refused. Morados and Republicans agree on the effort involved in dealing with Junts. "It has been hell and wears a lot, but it was not convenient for them to stay out," they state in ERC. Neither did the Republicans want to do without the PSC, without which a minimum consensus was unfeasible, nor were the Socialists willing to miss out on a new opportunity to break the blocks established by the procés.

On Tuesday, the simple solution of combining the two proposals was reached: from the PSC, on “curricular use”, and from the postconvergents, on “educational use”.

The law, which still has to be approved by Parliament, will guarantee "the teaching and curricular and educational use of Catalan and Spanish." With it, the socialists interpret that Spanish is also the language of learning in Catalonia, "something that was not included in any law", and Junts believes that he has put an end to "judicial interference". “We have saved the country, cohesion”, values ​​an ERC deputy. So it will be, waiting for the TSJC.