The Nazca culture drugged their children before sacrificing them

The boy's head was cut off to be made into a trophy. 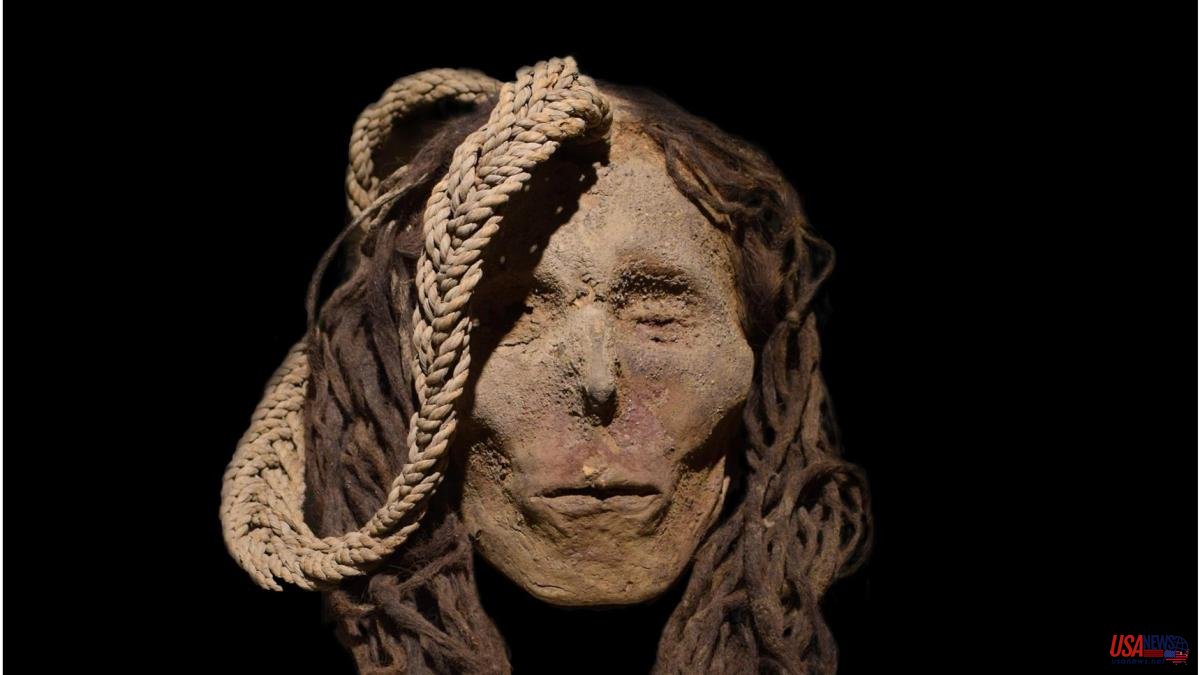 The boy's head was cut off to be made into a trophy. They drilled into the frontal bone of his skull, removed his brain, sewed his lips and eyelids together, and prepared the soft tissue for mummification. Even his hair was perfectly preserved. After being displayed for centuries, this skull from around 2,000 years ago still contains valuable information.

The inhabitants of the Nazca and Yauca valleys, in Peru, specialized in this practice between the 1st century BC and the 7th century AD. Although most of the heads belonged to men and children, there are also some of women. Some studies indicate that up to 5% of the members of this culture ended up as a trophy head.

That of the child in question has, however, turned out to be of special interest. Researchers at the University of Warsaw have carried out a toxicological analysis of hair samples from this boy and 21 other people who lived between 100 B.C. and 450 AD. and have determined that the victims of these rituals used drugs before their death.

The most common psychoactive plants on the Peruvian south coast, according to an article published in the Journal of Archaeological Science, were coca leaves, the San Pedro cactus (source of mescaline) and the vine species Banisteriopsis caapi (which contains harmaline and harmine and is the main compound of the hallucinogenic drink ayahuasca).

“In modern medicine, the properties of harmine have led to its use in the treatment of depression and addiction. Banisteriopsis caapi is native to the Amazon rainforest and must have been the subject of long-distance trade, demonstrating its important role in medicine and ancient rituals,” the study authors write.

The prickly San Pedro cactus (Echinopsis pachanoi), for its part, is taken “for its strong hallucinogenic properties and was detected in the hair of a child victim whose head was transformed into a trophy head. This is the first proof that some of the victims transformed into trophy heads received special preparation before their death”, they point out.

Scientists are still not entirely clear on the sex and age of the child victim at the time of death. Lead author Dagmara Socha and her team collected hair samples from four trophy heads, three of which belonged to adults, and from 18 adult and child mummies. Almost all had consumed some type of psychoactive plant or stimulant before they died.

The work not only allowed us to confirm that the ritual sacrifices used drugs, but also allowed us to discover the commercial routes of some of these hallucinogens. Coca leaves, for example, were not grown on the southern coast of Peru, so it was necessary to transport them from the north or the Amazon region.

“The presence of coca leaves in child burials indicates an important religious transformation that took place during the Middle Horizon and the Late Intermediate Period. Traces of harmine and harmaline are proof of the existence of long-distance trade between the southern coast and the Amazon,” they add.

The establishment of this commercial network could have been related to the growing Wari influence, the culture that flourished in the Andes from the 7th century to the 13th century. “Thanks to their centralized state administration, the Wari not only established the cultivation of new plants on the coast, but also introduced medicinal and cult plants from distant areas. A similar strategy was used at the same time on the northern coast of Chile by the Tiwanaku government”, the researchers conclude.

In addition to the human remains studied, Socha and the rest of the archaeologists also found a variety of funerary objects during their excavations, including textiles, ceramic vessels, weaving tools and a chuspa, a type of bag used to transport coca leaves. .