The Mysterious Lady, the pregnant Egyptian mummy, would have died of cancer

It is the first known case of a pregnant mummy. 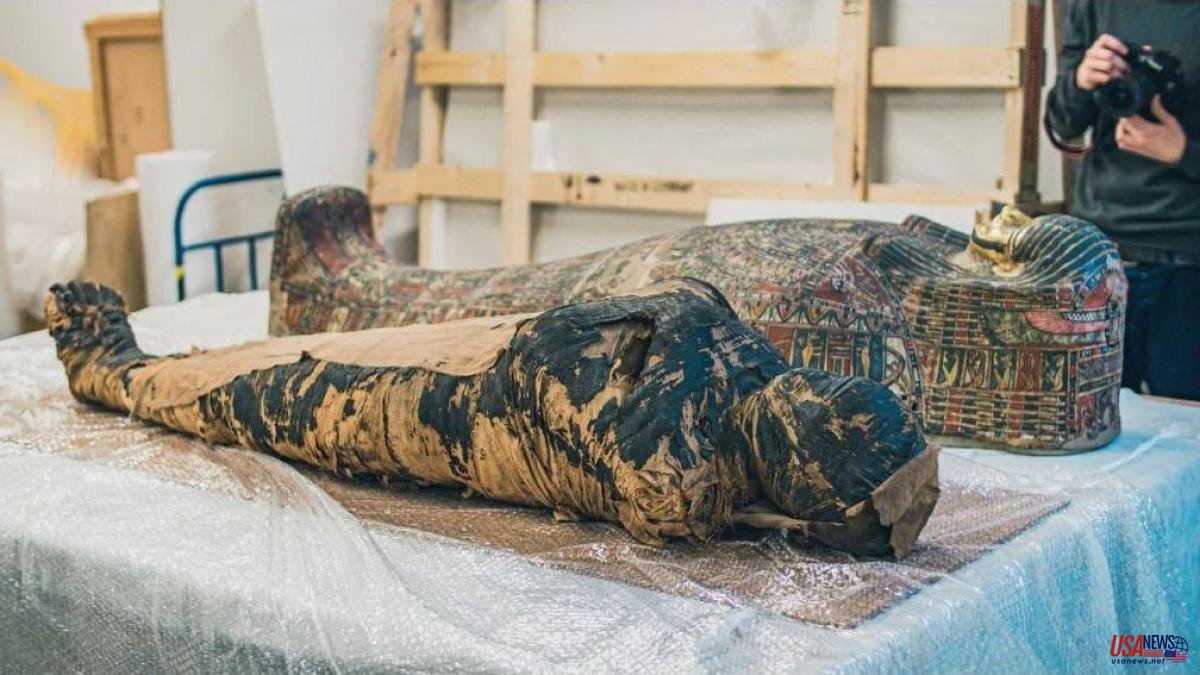 It is the first known case of a pregnant mummy. The remains of the Mysterious Lady (the nickname by which she is known), dating from the 1st century BC, were found in Thebes (southern Egypt) in the 19th century. The fetus, however, was not the only thing that embalmed woman was hiding under the bandages.

Recent analyzes have revealed that he probably died of cancer. The researchers rely on the numerous defects in the facial area of ​​the skeleton from 2,000 years ago. "That would indicate that she had nasopharyngeal cancer," explains anthropologist Marzena Ożarek-Szilke.

Professor Rafał Stec, from the Department of Oncology at the Medical University of Warsaw, points out that the key clue is “unusual changes in the nasopharyngeal bones which, according to mummy experts, are not typical of the mummification process.”

"Second, the opinions of radiologists based on CT scans indicate the possibility of tumor changes in the bones," he adds in a statement. The young age of the mummified woman, who would have belonged to the elite of Thebes and was between 20 and 30 years old when she died, and the lack of apparent reason for her death give a "high probability" to the "oncological cause" .

“For now we only suspect a malignant tumor. An accurate diagnosis is only possible after a microscopic examination of the tissue, which would give us 100 percent certainty”, says Stec. At the moment, the experts plan to obtain samples to be able to compare them with evidence of cancer from other Egyptian mummies that are stored in tissue banks in the United States and the United Kingdom.

Tumors in ancient Egypt were not uncommon and there are several known confirmed cases of nasopharyngeal cancer, archaeologists say. The additional investigation already planned (and which will take several months) will determine the cause of the disease.

The mummy arrived in Poland in 1826 or 1827 at the hands of the architect and lover of Egyptology Jan Wężyk-Rudzki, who donated it to the University of Warsaw. Although he traveled inside a sarcophagus that belonged to another person and initially it was thought that the mummy belonged to a priest. Since 1917 it has been on loan to the National Museum in Warsaw, which exhibits it in the permanent exhibition of the Gallery of Ancient Art.

In early 2021 it was confirmed that under the bandages were the remains of a woman who died when she was between the 26th and 30th week of pregnancy. The fetus remained intact in the womb and began to "pickle" like a pickle because the pH of blood from cadavers, including the contents of the womb, becomes more acidic.

“The end result is an almost hermetically sealed womb containing the fetus in an environment comparable to that which preserves ancient bodies in swamps. The change from an alkaline to an acidic environment led to the partial decomposition of the fetal bones,” the archaeologists explained.

This process was stopped following the mummification of the woman, which dried her body and the embryo. “The fetus became a mummy within a mummy. It is the first time that we have two different types of mummification in the same body”, Ozarek-Szilke pointed out at the time.