The most iconic images of Boris Johnson, the most extravagant premier

Boris Johnson dreamed of making history as one of Britain's longest-serving prime ministers, but his luck seems to have run out after three years of a particularly turbulent tenure. 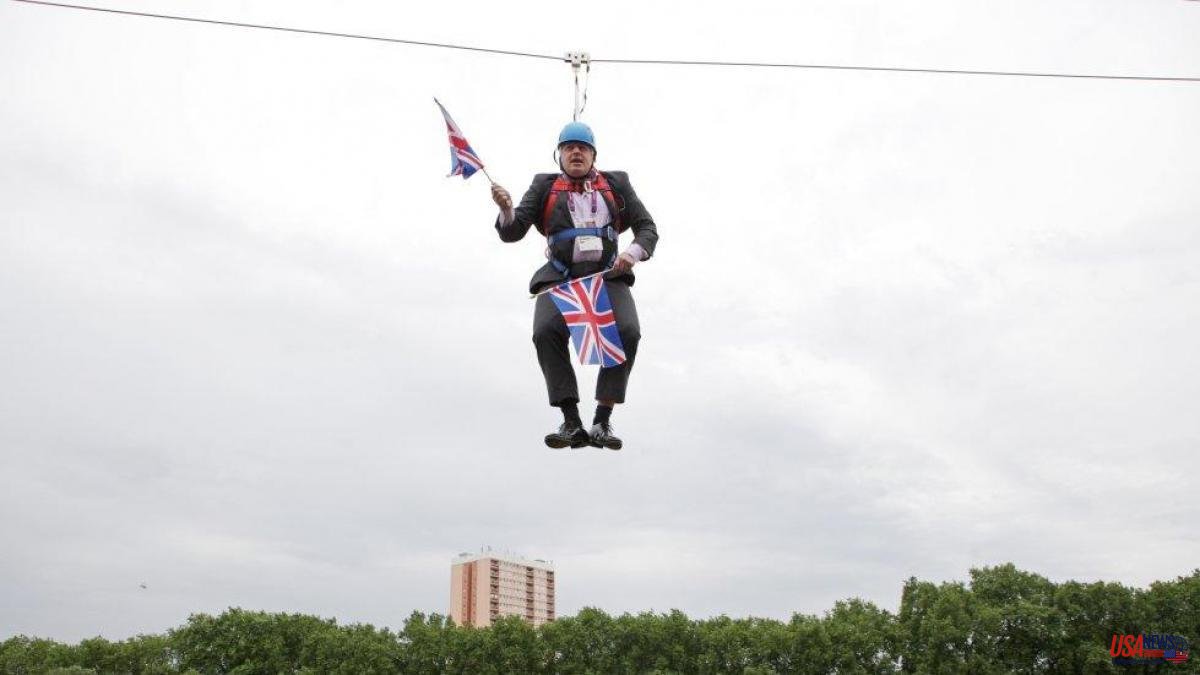 Boris Johnson dreamed of making history as one of Britain's longest-serving prime ministers, but his luck seems to have run out after three years of a particularly turbulent tenure.

Scandals and lies defeated an atypical politician, eternally optimistic, who in 2019 offered the Conservatives a historic majority in the Chamber and led the concretion of Brexit, the departure of the United Kingdom from the European Union.

Its end had been signed on Tuesday night, with the resignation, within a few minutes of each other, of Finance Minister Rishi Sunak and Health Minister Sajid Javid, tired of the repeated scandals linked to the prime minister.

About fifty members of the British government did the same, depriving Boris Johnson of any room for maneuver, he who wanted to continue with his "colossal" task at the head of the country.

In June, a no-confidence motion showed the growing disillusionment of Conservative MPs, with 41% denying him their trust. With his usual optimism, Johnson, 58, wanted to see in this vote an "opportunity (...) to move forward."

However, the polls and comments had been telling a completely different story for months.

The partygate scandal, these parties in Downing Street during the anti-Covid lockdown, their various explanations, the police investigation finding that he had broken the law, the administrative investigation denouncing the lax culture in Downing Street that the country has trusted, in a context of inflation at its highest point in 40 years, social tensions and tax increases.

One last scandal, that of the "whip" deputy chief, responsible for the parliamentary discipline of the Tories, accused of touching and whose past Boris Johnson knew when he appointed him in February, was the last nail in his coffin.

Boris Johnson, a formidable winning machine during the Brexit storm in 2019, has become a liability for the Conservatives, following several setbacks in local and parliamentary by-elections.

His popularity rating has fallen from 66% favorable reviews in April 2020 to 23% at the end of June, according to the YouGov barometer.

And between 69% and 72% of Britons wanted him to resign, according to two polls this week. But this politician with phenomenal poise, for whom lying has never been a problem, stubbornly refused to do so.

Straw hair disheveled, communicative and with disorderly energy, he defended his mandate: unemployment at its lowest point, the effective vaccination campaign against Covid and his determined support for Ukrainian President Volodymyr Zelensky.

But on all domestic issues, inflation, immigration, taxes, housing, the economy, health, transport, Brexit, education, crime, the environment... the majority of Britons thought their government was doing a poor job, according to a poll. recent from YouGov.

The fall was brutal for those who, before becoming a deputy in 2001, had followed the marked path of the British elite, Eton College and then Oxford University. At the time, some teachers already denounced in him a lack of seriousness and a propensity to believe he was above the rules.

Alexander Boris de Pfeffel Johnson, born in New York on June 19, 1964 and who, according to his sister, had wanted to become "the king of the world" since he was a child, had always come out on top in all situations.

In 1987, he was a trainee journalist at The Times thanks to family connections. He promptly got fired for a made up date. The Daily Telegraph picks him up and sends him to Brussels in 1989, where he ridicules the European institutions with excesses and approaches.

Back in London, he became a political columnist for the Telegraph and the Spectator, and also wrote car reviews for GQ magazine. He is funny, learned, powerful. But he paid up to 4,000 pounds in parking tickets for the cars he tested.

He entered Parliament in 2001, promptly fired from the opposition's "ghost cabinet" for lying about an affair. He then took the mayoralty of London from Labor in 2008, at the time pro-European and pro-immigration.

He stayed there for eight years, carving out an international stature, aided by the Olympics. He then became a leading figure in the Brexit campaign, then head of diplomacy under Theresa May, succeeding her as prime minister in July 2019.

"He is a brilliant actor, but not fit for national office as he seems to only care about his fate and personal satisfaction," his former boss Max Hastings told the Telegraph.

His private life lives up to the character. Married three times, in 1987, 1993 and 2020, he has at least seven children, including the two minors born from his 2020 marriage to Carrie Symonds, 34, a former Conservative party communications official.