The most anticipated movies of 2023

If 2022 was a year full of cinema, with an avalanche of films that were released en masse after the end of the coronavirus pandemic, this coming year will not be left behind. 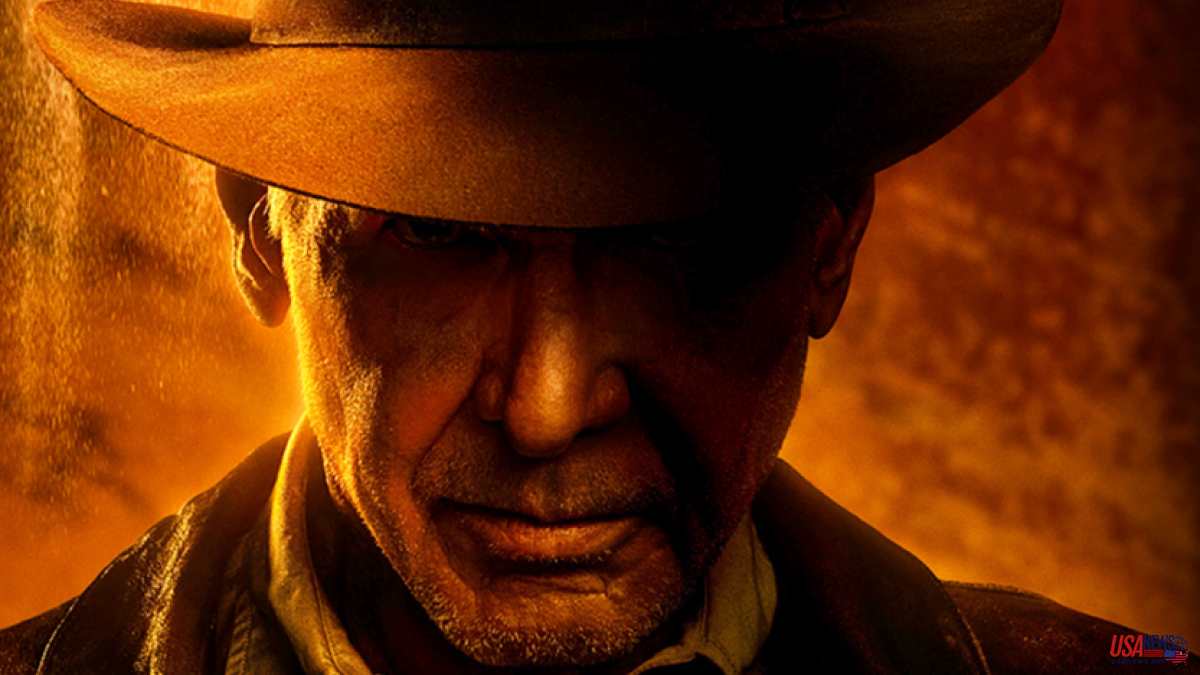 If 2022 was a year full of cinema, with an avalanche of films that were released en masse after the end of the coronavirus pandemic, this coming year will not be left behind. Many of the works that are favorites for the Oscars will reach the big screen: from The Fabelmans, by Spielberg, to the Banshee of Inisherin, by Martin McDonagh, going through the sequel to Dune and the new one by Christopher Nolan, Oppenheimer.

There will be blockbusters like the long-awaited Mission Impossible 7 by Tom Cruise or the return of Harrison Ford as the intrepid Indiana Jones in the fifth installment of the saga. It will be the year of a flesh and blood Barbie played by Margot Robbie. Superheroes will be present in Guardians of the Galaxy Vol. 3, Ant-Man and the Wasp: Quantumania or Aquaman and the lost kingdom. And there will be a lot of quality independent films, like The Kings of the World or The Quiet Girl. La Vanguardia makes a selection of the most anticipated titles.

After wowing with Whiplash, La La Land and First Man, Damien Chazelle dives into the origins of Hollywood with an orgiastic experience that traces the rise and fall of multiple characters during a time of rampant decadence and depravity. Margot Robbie and Brad Pitt star in this film of more than three hours that aspires to five Golden Globes.

Nostalgia invades this fifth film about the most famous archaeologist in the history of cinema. An octogenarian Harrison Ford, but in very good shape, once again takes up the charismatic hat and whip of Indiana Jones in a story that works as a 'reboot' and will restart a new franchise, based on the characters created by Philip Kaufman and George Lucas. .

Just as Alfonso Cuarón has done with Roma or Kenneth Branagh with Belfast, Steven Spielberg looks back and returns to his childhood in this semi-autobiographical story that captures the beginning of his love for the seventh art through the figure of a child who in post-World War II Arizona dreams of being a film director.

Sam Mendes narrates the interracial love story that arises between two employees of a beautiful old and decaying cinema on the south coast of England in the eighties. In The Empire of Light, Olivia Colman shines above all and the director's love letter to the cinema with which she grew up and which has inspired her.

Colombian Laura Mora won the Golden Shell at the San Sebastián Festival with this exciting road movie that tells of the dangerous journey from Medellín to Nechí (Antioquia) undertaken by five adolescent friends without family in search of the promised land.

The Swede Ruben Östlund won his second Palme d'Or and the award for best European film with this bizarre satire on the cult of money, beauty and the superficiality of the world of fashion and influencers that does not leave a puppet with a head. The title alludes to the triangle of sadness, the wrinkle between the eyebrows that many models must hide with botox because it is unfeasible in the industry.

After the success of the adaptation of his play The Father, with Oscar-winning Anthony Hopkins playing an old man with Alzheimer's, the Frenchman Florian Zeller returns to direct another of his scripts about a man who has been very absent in his son's life. teenager, a troubled young man with suicidal thoughts. Hugh Jackman and Laura Dern lead the cast.

Cillian Murphy stars as physicist J. Robert Oppenheimer, known as the "father of the atomic bomb," in Christopher Nolan's post-Tenet return to the big screen. The film is based on the book 'American Prometheus: The Triumph and Tragedy of J. Robert Oppenheimer' by Kai Bird and Martin J. Sherwin.

The group of fun Marvel superheroes made up of Chris Pratt, Zoe Saldana, Dave Bautista, Karen Gillian and the voices of Bradley Cooper and Vin Diesel come together again to continue their adventures across the galaxy under the orders of James Gunn.

Margot Robbie becomes Barbie and Ryan Gosling becomes a very blond Ken in this long-awaited flesh and blood version of the mythical Mattel doll directed by Greta Gerwig with a script by the filmmaker and actress herself and Noah Baumbach. The story, in broad strokes, follows a Barbie who is thrown out into the real world for not being perfect enough.

The seventh installment of the adventures of Ethan Hunt finally arrives on the big screen after suffering up to four delays in its release date. This Mission Impossible: Deadly Judgment. Part one will bring us Tom Cruise displaying dangerous stunts in various parts of the world. The same actor, who is not afraid of anything, has jumped off a plane off the coast of South Africa to promote the film, thank the public for going to the theaters to see Top Gun: Maverick and congratulate Christmas.

Padraic and Colm are lifelong friends. Since time immemorial, they have met each day in the pub and spend the afternoon between pints of beer. But one afternoon, Colm (Brendan Gleeson) refuses to join Padraic (Colin Farrell) for a drink. Martin McDonagh directs Inisherin's Banshee, a very black comedy set on a small Irish island off the Galway coast in 1923, which is set to be the lead at the Oscars.

The world changed for Kazuo Ishiguro, Nobel Prize for Literature, when in his youth he saw Live, (Akira Kurosawa, 1952). The writer always wanted to convey the values ​​of that film and now he has written the script for this remake set in London in the 50s. Living will be one of the must-see movies of 2023, directed by Oliver Hermanus and starring an amazing Bill Nighy.

Brendan Fraser, star of Darren Aronofsky's new film, may be another of the Oscar nominees for best actor. Fraser is huge. Huge as an actor and also huge in a literal way because in The Whale he is a morbidly obese man who lives to devour massive amounts of pizzas, jars full of chicken batter from Kentucky Fried Chicken, huge sandwiches overflowing with mayonnaise and all kinds of food. junk you can think of. It is his way of turning off his sorrows and letting himself die slowly but inexorably.

The quiet girl, by Irish director Colm Bairéad, won the Silver Spike in the last edition of the Seminci and can aspire to the Oscar for best international film. It is a film spoken in Gaelic, as slow and calm as the girl in the title, which tells of a girl's need for parents and the need of parents for a daughter in a calm tone that, however, comes to touch the most sensitive fiber of the viewer.

Timothée Chalamet stars in this story about young Willy Wonka from the chocolate factory. The character from Roald Dahl's books, who once had the faces of Gene Wilder and Johnny Depp, returns to the big screen at the hands of director Paul King. Accompanying the unstoppable Chalamet, Rowan Atkinson and Olivia Colman.

Tang Wei is a detective investigating the death of a mountain climber. It may have been an accident or suicide. But it is also possible that he was murdered by his beautiful young wife. The policeman follows that last lead, but he can't help but feel attracted to the suspect. Park Chan-wook won the best director award at the Cannes Film Festival for this film.

Californian director Todd Field addresses the me too movement in Tár, but gives the matter two twists. The stalker in the film is not a man, but a woman, and his way of proceeding is so subtle that it draws a very blurred line between harassment and a simple attempt to seduce. Lydia Tár is a famous conductor played by Cate Blanchett, who may become an Oscar contender for this role.

Denis Villeneuve returns to the planet Arrakis with the sequel to Dune. Timothée Chalamet fans are in luck because he also stars in this second part again as Duke Paul Atreides who this time tries to prevent a universal war. The cast includes the names of Zendaya, Rebecca Ferguson, Javier Bardem and Josh Brolin.

Brie Larson and Iman Vellani star in this sequel to Captain Marvel set to rock the box office this summer.

Thirty years after El sol del quince, Víctor Erice is once again behind the camera to direct this meta-cinematographic drama with José Coronado at the head of a cast that also includes Ana Torrent, the unforgettable star of the director's first film, El espíritu from the hive (1973).

The new project of J.A. Bayona is produced by Netflix and is an adaptation of the book by Pablo Vierci with the testimonies of the survivors of Flight 571 of the Uruguayan Air Force that crashed into a glacier in the heart of the Andes in 1972.