The commissioner of the Mossos d'Esqueadra Prefecture, Eduard Sallent, believes that the Catalan Police should equip itself with a new model of public order to deal with the demonstrations that take place in Catalonia with more guarantees. 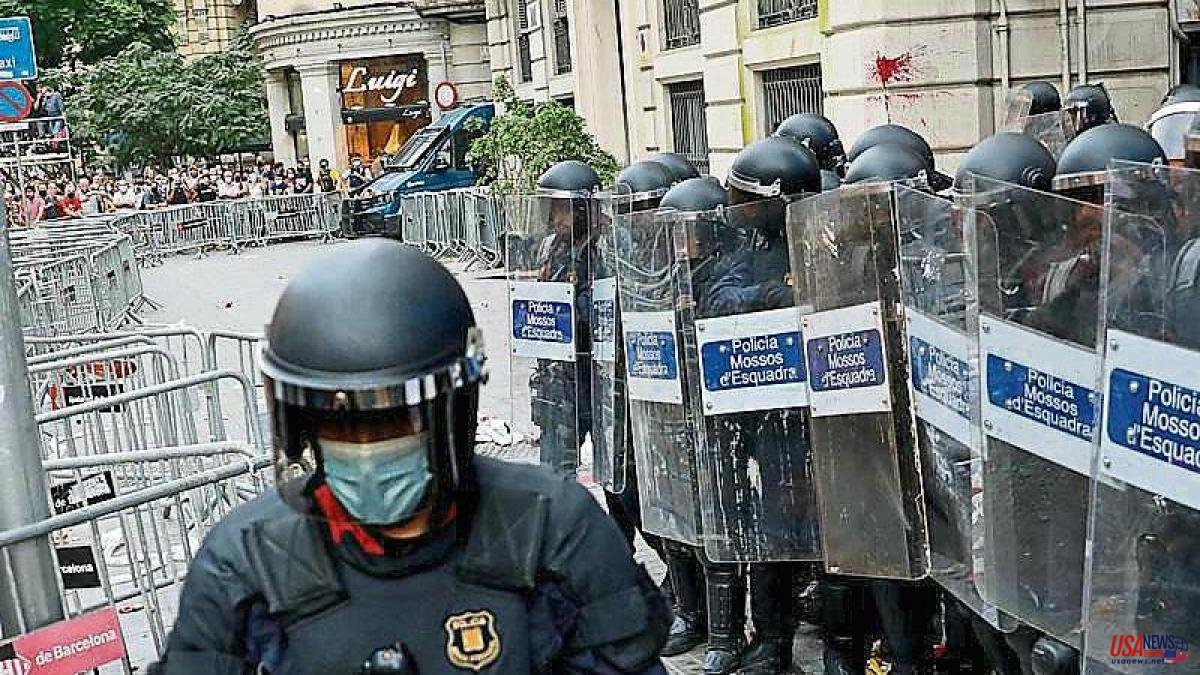 The commissioner of the Mossos d'Esqueadra Prefecture, Eduard Sallent, believes that the Catalan Police should equip itself with a new model of public order to deal with the demonstrations that take place in Catalonia with more guarantees.

After 30 years of a police intervention model based on distance and mobility, that is, trying to avoid direct confrontations with the authorities and having a great capacity for mobility throughout the conflict zone, the evolution of the protests in our country, more violent and seeking hand-to-hand combat with the police, "they demand a reformulation".

The number two of the body has indicated this in his appearance in the Commission on the Police Model that has resumed its sessions in Parliament this Friday. In this way, Sallent has come to support the suitability of this commission promoted by the CUP, which had the reluctance of the opposition parties for its birth, although contrary to what the anti-capitalists claim, it has claimed not to subtract from "effectiveness ” to the body in the fight against “disorder”.

For Sallent, it is from the events of October 2017 when there is a change in the protest model, with more public disorders, more social tensions that are exacerbated by the pandemic and translates into a greater use of violence. These changes are what, in his opinion, open the reflection on the prevailing model of public order since the attendance and duration of the protests "exceed police resistance." "Its durability and violence makes the distance model difficult," says the curator.

In short, "the changes in the protest have put the current distance model in difficulty and require a reformulation." And in his opinion, this reformulation should go through "continuing to ensure optimal conditions for the preservation of service to citizens", and guaranteeing the best working conditions for police officers.

For the first objective, Sallent has proposed a hybridization of the current model, between "specialized and non-specialized resources", and here mediation is of particular importance, but also the provision of more technological resources that allow more surgical interventions, improve traceability of the proceedings and "ensure the means of proof to make the exercise of a right compatible with the prosecution of crimes".

The commissioner believes that mediation should be extended to the entire organization, continue to strengthen the preventive approach as opposed to reactive, make more and better use of intelligence capabilities, achieve technological improvement to improve decisions, improve work procedures to adapt them to new circumstances that emanate from this commission and adapt needs to the challenges in disruptive situations of emergencies and natural disasters.

But ultimately, he believes that the recipe for reinforcing the legitimacy of the model has two ingredients: reliability and an active policy of transparency and accountability.

In this sense, he has warned the deputies that in order to think of a model of public order it is necessary to first think about "what is the level of disorder that we as a society are willing to tolerate", and not think so much about the tools that the agents can use to preserve order.

Aware that the use of foam bullets is in question in this commission, the commissioner has not gone into detail, but the mayors Miquel Hueso and Antoni Sánchez Costa have, who have opted for technological means that would allow maintaining using this tool more safely. This is the case of the cameras in the shuttles, which would allow counting the number of shots, the time they are made, their geolocation and that of all the agents that carry shuttles.