The Monarch butterfly population may be more stable that previously believed 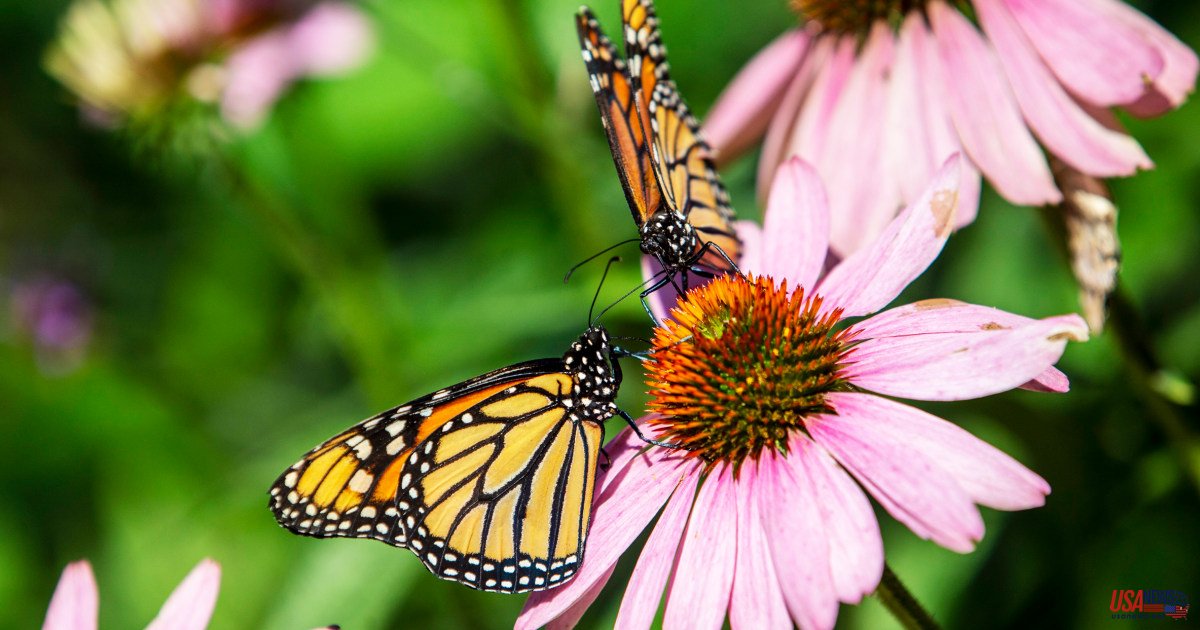 The study, published in the journal Global Change Biology on Friday, found that monarch population in North America is actually growing in summer. This may help to offset the well-documented decreases in winter migration and other environmental threats.

"There is a perception that monarch populations are in serious trouble," Andy Davis, assistant researcher scientist at the University of Georgia's Odum school of Ecology, stated in a statement.

This research is based on observations made from 1993 to 2018. It could be good news for monarch butterflies' overall health, but conservationists who have spent many years calling attention to the plight monarchs and their declining winter colonies are likely to find the findings controversial.

The Eastern monarchs usually breed in the summer in wide areas of the United States and Canada east the Rocky Mountains. They then move south to overwinter at central Mexico. The summers of the western monarchs are spent in a narrower area, which includes California, Nevada and Oregon, as well as Washington state. These insects usually overwinter along California's coast at locations ranging from Marin County in California to Baja California.

In recent decades both populations have experienced dramatic declines in winter colonies, due in part to overuse of pesticides and habitat loss from agriculture and urbanization, as well as climate change.

However, the new study shows that summer breeding can make up for winter losses.

Davis stated in the statement that a single female can lay 500 eggs. This means they are capable of rebounding enormously if given the right resources. This means that winter colony declines almost seem like a red herring. They are not representative of all species and can be misleading.

According to the study, the researchers observed an increase in monarch abundance relative to other butterflies at different sites across the country of around 1.4 percent per annum.

There was no uniformity in the population growth across breeding locations. Researchers reported that there were increases in the Northwest, Southeast, and Upper Midwest. However, declines were observed across Illinois, Indiana and Ohio.

This study was based upon more than 135,000 observations made by citizens scientists for the North American Butterfly Association. Data was collected every summer for two days from 1993 to 2018. It documented sightings by monarchs and other species.

William Snyder, an entomologist from the University of Georgia, was a coauthor of the study and said that the findings could provide more information about how monarchs and other insect communities are faring in North America.