The mistake of obsessing over Trump

When Donald Trump and Hillary Clinton faced each other in the 2016 presidential election, a majority of analysts and political scientists agreed that, given the age and personal characteristics of both candidates, the logical thing is that the eventual winner would occupy the White House for a single mandate. 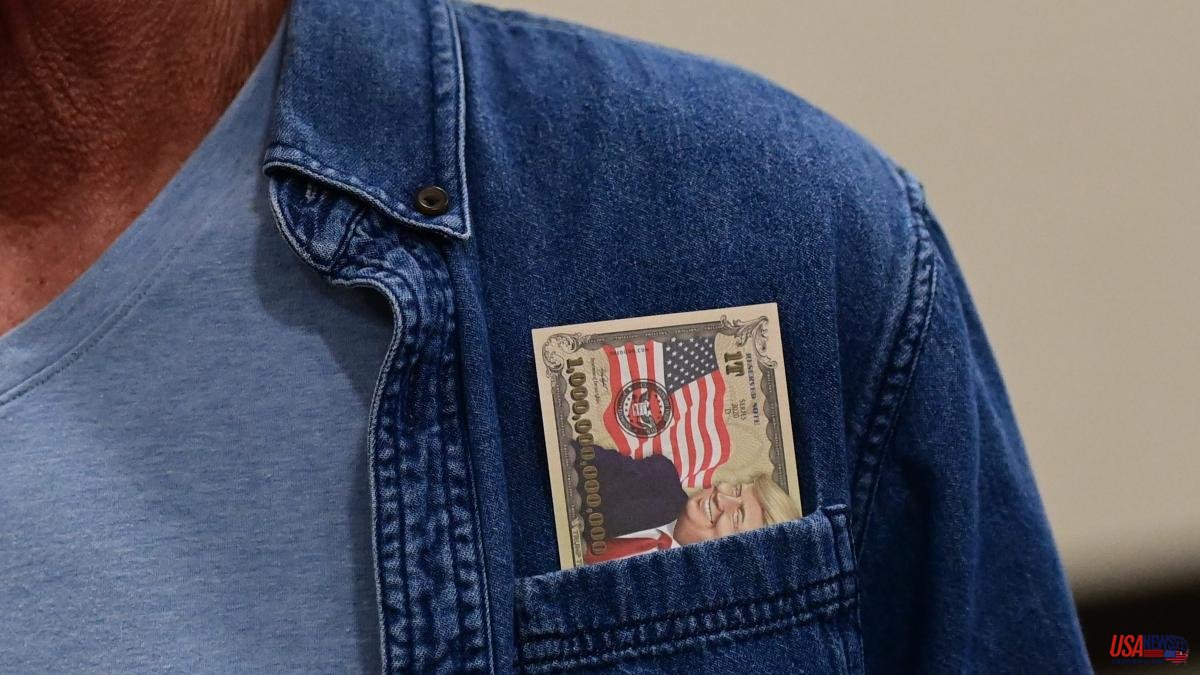 When Donald Trump and Hillary Clinton faced each other in the 2016 presidential election, a majority of analysts and political scientists agreed that, given the age and personal characteristics of both candidates, the logical thing is that the eventual winner would occupy the White House for a single mandate. In 2020, for the first time in almost 30 years, an incumbent president failed to win re-election, but in an unprecedented gesture in the history of American democracy, Trump refused to admit defeat and took advantage of the high degree of polarization suffered by his country to convince a considerable part of his fellow citizens of having been the victim of a non-existent electoral fraud.

But just as the former first lady, former senator from New York and former secretary of state dedicated herself after her defeat to writing her memoirs and philanthropy, Trump, on the contrary, continues to monopolize an excessive protagonism beyond what is rational, to the point of being one of the maximum referents in the mid-term elections that will be held on November 8.

Unlike what happens in the United Kingdom, where we have witnessed astonished how the majority parliamentary group, in this case the Conservative Party, puts on and removes prime ministers practically at will, the presidency of Joe Biden is not at stake next week, whatever happens in the elections in which the 435 members of the House of Representatives and 35 seats of the 100 in the Senate will be renewed. Many presidents, from Harry Truman and Ronald Reagan in the last century to George Bush Junior and Barack Obama in this one, have governed at least part of their respective terms of office with one or both chambers of Congress dominated by the opposition party without the country sank.

And it is that, even in the aforementioned climate of extreme partisan polarization, the president has the resources to maintain his influence and authority even without a majority in Congress. He can, for example, veto laws that are not to his liking, and stronger majorities are needed in Congress to lift the president's veto.

Curiously, what does seem to dominate the dynamics of these midterm elections is the possibility that Trump could try again in 2024 and, what is even more extraordinary, is that neither the Democrats nor the Republicans are too reticent about turning this election into a referendum on the eventual return to the White House of a character so discussed and with such heavy judicial backpacks.

It is true that, like no former president in memory, Trump has distributed blessings and pronounced anathemas on dozens of Republican candidates in the recent primary process, but it is also true that he has not exactly been an outstanding candidate when he has been at the head of the cartel. . In 2016, the year of his unexpected victory, only a perfect storm in the electoral college led to his success, despite clearly losing the popular vote. In 2020, it will have to be remembered a thousand times, he lost outright.

The truth is that, with the obvious blur of the high inflation rate, which should not be underestimated at all, the great numbers of the US economy after almost two years of the Biden Administration are not bad. There are 153 million Americans working, half a million more than before the pandemic, an absolute historical record. The unemployment rate stands at

3.5%, the lowest since 1969. 92% of the population has health insurance, 10 points more than before the entry into force of the reform initiated by Obama.

It is clear that a takeover of both chambers of Congress by the Republican Party would reinforce the thesis that Biden cannot or should not run for re-election, but it would by no means guarantee Trump's return in two years. And if the Democrats kept the Senate, which is within their reach, they would have saved the furniture and would face the next biennium with relative optimism.