The metal sector breaks the containment strategy in wage increases

While employers and the Bank of Spain insist on moderating salary increases to avoid so-called second-round inflation, some sectors such as the metal industry achieve increases that in three years prevent the loss of purchasing power. 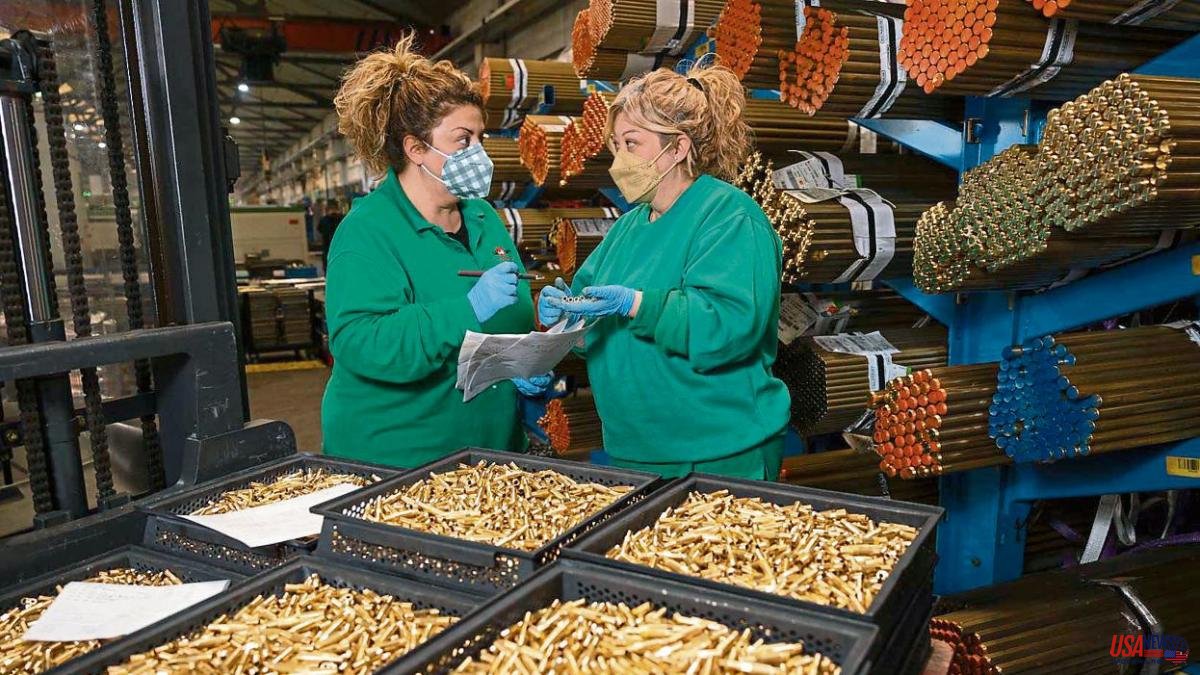 While employers and the Bank of Spain insist on moderating salary increases to avoid so-called second-round inflation, some sectors such as the metal industry achieve increases that in three years prevent the loss of purchasing power. The metal of Barcelona has agreed increases of 12% until 2024 with review clauses that guarantee to recover up to 85% if the increases in the IPC in those years exceed what was agreed. In the case of the Navarra metal sector, the increase has been greater (18.16% in 5 years) and the guarantee clause is 100%. In Tarragona and Ourense, the metal sector increases have also been double digits.

"I think the CEOE employers are making a fool of themselves because while they cry out against the review clauses, we sign them," reflects Pepe Álvarez, general secretary of the UGT. The Barcelona metal agreement is the largest at the provincial level and affects more than 160,000 workers. Why have they signed 12% for three years, of which 4.2% this 2022 when the average increase in agreements in Spain is 2.6%?

"We have applied common sense and although it is not the most satisfactory for us, it is a pact between the two parties," answers Jaume Roure, president of the UPM metallurgical association. "We only intend to defend the sector and act accordingly," he adds. The agreement came after the call for a strike that did not take place but that obviously would have generated losses for the companies. José Juan Marín was one of the negotiators for the CC.OO.: “in the end the employers signed it because they could pay it and it compensated them more than the strikes”. The result is that an average operator in the sector will go from earning around 23,000 euros gross in 2021 to 27,000 in 2024.

The latest data published on wage increases agreed in agreement in Spain corresponding to the month of September shows that the increase is the aforementioned 2.6%. This figure includes 653 registered agreements, of which 461 are company and 192, higher level. The USO unions emphasize that collective bargaining shows signs of reactivation, but far from the pre-pandemic figures.

Javier Pacheco, secretary general of CC.OO. Catalonia is suspicious of these figures and assures that the latest agreements that are being signed are with higher salary increases. “We are now closer to the 4% rise this year than the 2% statistic,” he notes. In his opinion, "threats of strikes when there is still no recession facilitate greater wage increases."

On what will be the loss of purchasing power that Spanish society will suffer there is not much data yet. Raymond Torres, director of the Economic Situation of Funcas, estimated this week that families will have a "very pronounced" loss of purchasing power, with a drop in household disposable income of 34,000 million euros in real terms, reports Europa Press. In June, the OECD estimated that real wages in Spain had fallen by around 5% in the last twelve months. It is the country with the worst behavior

Pepe Álvarez points out that in the case of the lowest wages, the part of the loss of purchasing power that cannot be covered by collective bargaining will be covered by the rise in the SMI for next year.

Meanwhile, CC.OO. and UGT have called for next Thursday, the 3rd, a large mobilization in Madrid under the slogan “Salary or conflict. This crisis is not paid for by working people.” The trade union organizations demand responsibility from the employers so that they unblock the salary negotiations and sit down at the table to reach a new Agreement for Employment and Collective Bargaining (AENC). It is not clear if after the elections for the presidency of the CEOE, on November 23, the employers will sit down again.