The members of the Cercle vote for the first time president

The nearly 1,250 members of the Cercle d'Economia are called today to the polls in the first elections in the entity's history in which two candidates are running: the former CEO of Banc Sabadell, Jaume Guardiola, considered a continuation candidate, and the businesswoman Rosa Cañadas. 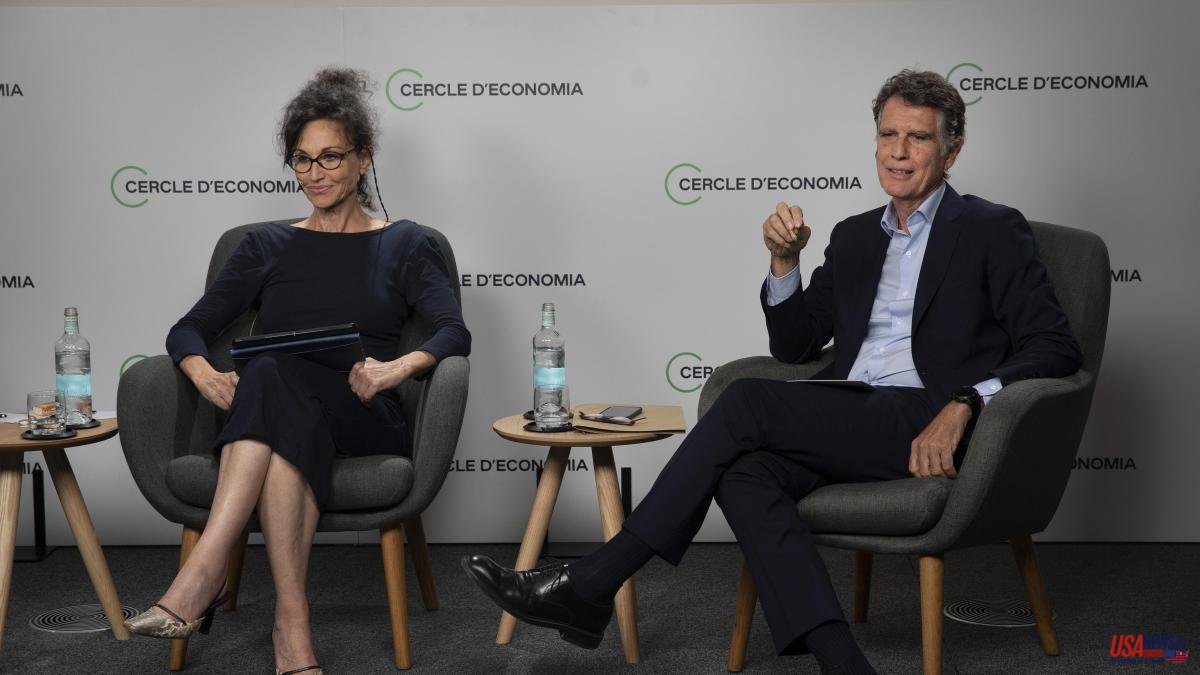 The nearly 1,250 members of the Cercle d'Economia are called today to the polls in the first elections in the entity's history in which two candidates are running: the former CEO of Banc Sabadell, Jaume Guardiola, considered a continuation candidate, and the businesswoman Rosa Cañadas.

Founded in 1958, the Cercle is one of the most influential lobbies in the Catalan business world. During the last three years it has been chaired by Javier Faus, president of Meridia Capital, in a mandate in which the annual conference has moved from Sitges to the Hotel W in Barcelona. To relieve Faus, the majority of the outgoing board aligned itself with Jaume Guardiola, who was part of it and who has openly presented himself as a continuationist in an institution in which until now the new president had always been chosen by consensus.

Rosa Cañadas, for her part, aspires to be the first woman president of the entity with a list that calls for "recovering the voice" of the Cercle. Cañadas, who chairs the Tanja Foundation and the Trea Capital Partners fund, was part of the Cercle's highest governing body in previous terms.

Guardiola presented his candidacy with 558 endorsements, far exceeding the 50 needed to run in the elections, while Cañadas managed to collect 216. The former banker has 16 former members of the institution's governing board on his list, while another four are new appointments, with a significant weight of large corporations and balance between men and women.

Cañadas, meanwhile, has drawn up a list for his candidacy with few ties to the current board and made up of sixteen people, seven of whom are women and five are under 40 years of age. Accompanying the businesswoman, among others, are the founder of Reby, Josep Gómez Torres; Jorge Lasheras (Japan Business Circle); Rosa Nonell (PhD in Economics); Josep Soler (Institute of Financial Studies); Sacha Michaud (Glovo) and Rafael Vilasanjuan (journalist).

The two candidates have disagreed during the long campaign on issues such as the degree of influence of the Cercle in the current political and economic debate, its presence in Europe and the model of its annual meetings. The polls will be open from 10:00 a.m. to 7:00 p.m.