The Mediterranean rail corridor will not go through the wheat fields of Ukraine, nor will it reach the ports of the Black Sea. 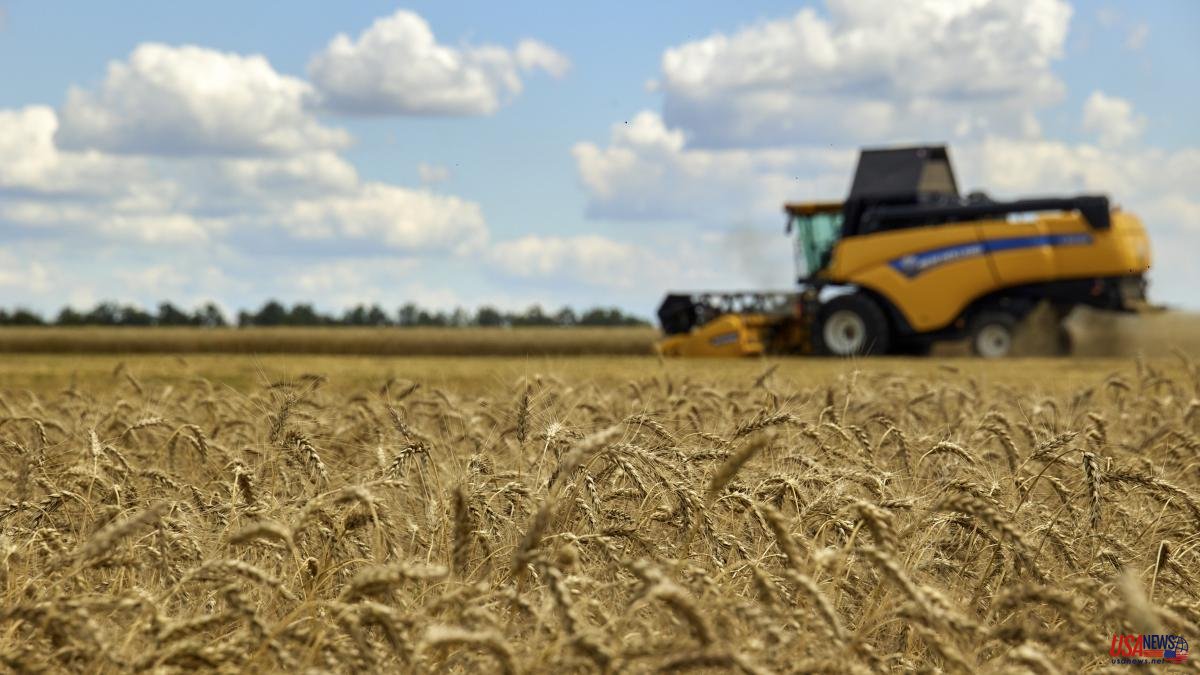 The Mediterranean rail corridor will not go through the wheat fields of Ukraine, nor will it reach the ports of the Black Sea. He will not go in search of the Caucasus and the Asian stations connected with the new Chinese silk road. The Mediterranean corridor will end in Croatia and the entry of Ukraine into the European Union will have as a foothold the ports of the Baltic and the North Sea. This is how it is being decided in Brussels.

The Ukraine of the future, when the weapons have fallen silent, will not go to Trieste in search of the trade routes of the former Austro-Hungarian empire, nor to Milan, nor to the ports of Marseille, Barcelona and Valencia. When missiles no longer fall on its territory, Ukraine will rebuild itself in direct connection with the German economic engine, flanked by the union of strategic interests that currently make up Poland and the three Baltic republics. Ukraine will be directly connected to the main ports of the former Hanseatic League: Riga, Lübeck, Hamburg and Antwerp. It will also be directly connected to Rotterdam, centuries ago a Dutch village, now Europe's main port as a gateway to the mighty Rhine basin. Post-war Ukraine will be connected to the North. This is how the European Commission is deciding through a silent modification of the regulation of the large railway axes of the continent, a project to which La Vanguardia has had access.

In the map approved in 2011, this railway axis grew to the West and to the East. It crossed the Pyrenees through Catalonia to connect the entire Spanish Mediterranean façade to Algeciras. It was a truly important milestone, which went beyond the veto raised in 2002 by the Government of José Maria Aznar, who did not want to hear or speak of a freight train that would go against the common economic interests of Valencians and Catalans. In the final stretch of his second term, José Luis Zapatero wanted to be Solomonic: he gave the green light to the Mediterranean coastal axis, but he also considered a second inland route between Algeciras, Madrid and Zaragoza a priority, which would head towards France via Barcelona, ​​instead of drilling the Aragonese Pyrenees, just as Aznar intended. Work on both sections is already underway and remains the subject of controversy. Tomorrow, Thursday, a business assembly will take place in Barcelona, ​​sponsored by the Valencian Association of Businessmen (AVE), to demand greater urgency in the works. In the last twenty years, the Mediterranean corridor has become a symbol of a networked Spain that seeks to counterbalance the obsessive radio Spain. It is an exciting debate, but there is another photo. The great photo. The big map.

The large map was also enlarged in 2011 to the East. The Mediterranean corridor entered the Hungarian plain, reached Budapest – connection point with the port of Piraeus (Athens) – and provisionally ended in the Hungarian border town of Záhony, waiting for Ukraine to decide to incorporate the international gauge (1,435 mm .) to its railway network, built with the Russian gauge (1,520 mm.), a little narrower than the Iberian gauge (1,668 mm.). The connection with the Black Sea would have linked the Mediterranean ports with the great Ukrainian grain deposits and later would come the link with the railway lines that lead to Central Asia. Beyond would come the new Chinese silk route. Consider the connection between the port of Trieste, Budapest, and the Ukrainian city of Lviv (Leopolis). We are talking about the Austro-Hungarian Empire in a railway version. History does not repeat itself, but it rhymes.

There will be no Autro-Hungarian revival. That fragment of the map is being erased by the European Commission to connect the Ukraine of the next decade with the Baltic and North Sea ports through Poland. The main ports of Northern Europe will be prominent players in the reconstruction of Ukraine, to the detriment of the Mediterranean axis, especially the aforementioned port of Trieste, under Italian sovereignty since the 1940s, a key point for connecting the Mediterranean with Europe Oriental. The strategic axis shifts drastically to the North. The Mediterranean corridor will end in Zagreb (Croatia), far from Budapest (center of interest for Chinese investment in Eastern Europe), far from Kyiv, far from Piraeus (Chinese-owned port), far from the new silk road .

Indeed, history does not repeat itself but rhymes: the new map will intensify Ukraine's relationship with Poland and the Baltics, as if reborn as the old 16th century Polish-Lithuanian Commonwealth comprising a strong Lithuania, the other two Baltic nations (Latvia and Estonia), Poland, much of what is now Belarus, and Ukraine. A great confederation of Eastern Europe at the gates of Moscow.

The modification of the European railway map is in the processing phase and amendments are already being prepared in the European Parliament.