Serious riots were registered on Tuesday night in the surroundings of the Obelisk, in the heart of Buenos Aires, after the massive celebrations to receive the Argentine soccer team, winner in Qatar 2022. 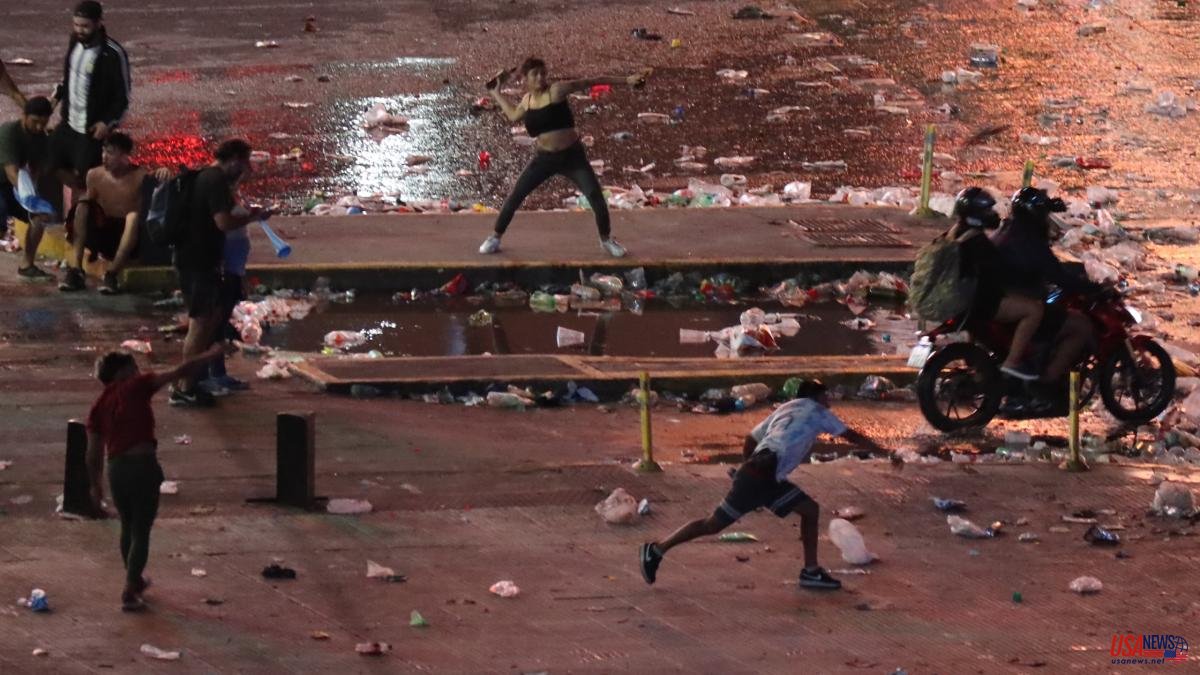 Serious riots were registered on Tuesday night in the surroundings of the Obelisk, in the heart of Buenos Aires, after the massive celebrations to receive the Argentine soccer team, winner in Qatar 2022.

The incidents were recorded when the Police tried to disperse fans, many of them drunk, who were still at the foot of the Obelisk, preventing a group of firefighters from accessing the emblematic monument to try to lower a person who had climbed to the top of the landmark. , with the risk of falling from 67 meters high.

The fans reacted by throwing rocks and bottles at the police officers, who, in turn, tried to disperse them with roaring ammunition shots and rubber bullets, according to local television footage.

According to local media, there are about twenty detainees and as many injured, although the authorities consulted by EFE have not confirmed these data.

Nearly four million people gathered this Tuesday on Avenida 9 de Julio, whose epicenter is the Obelisk, and its surroundings to celebrate the arrival of the team led by Leo Messi, who won the third World Cup title for Argentina in Qatar.

Before registering these incidents, the Argentine authorities highlighted the "harmony" with which the massive and historic popular demonstration had been carried out in Buenos Aires and its periphery.