The mask today is uncivil

The only unexpected pleasure of flying to London from Barcelona last Friday was doing it without a mask (Ryanair). 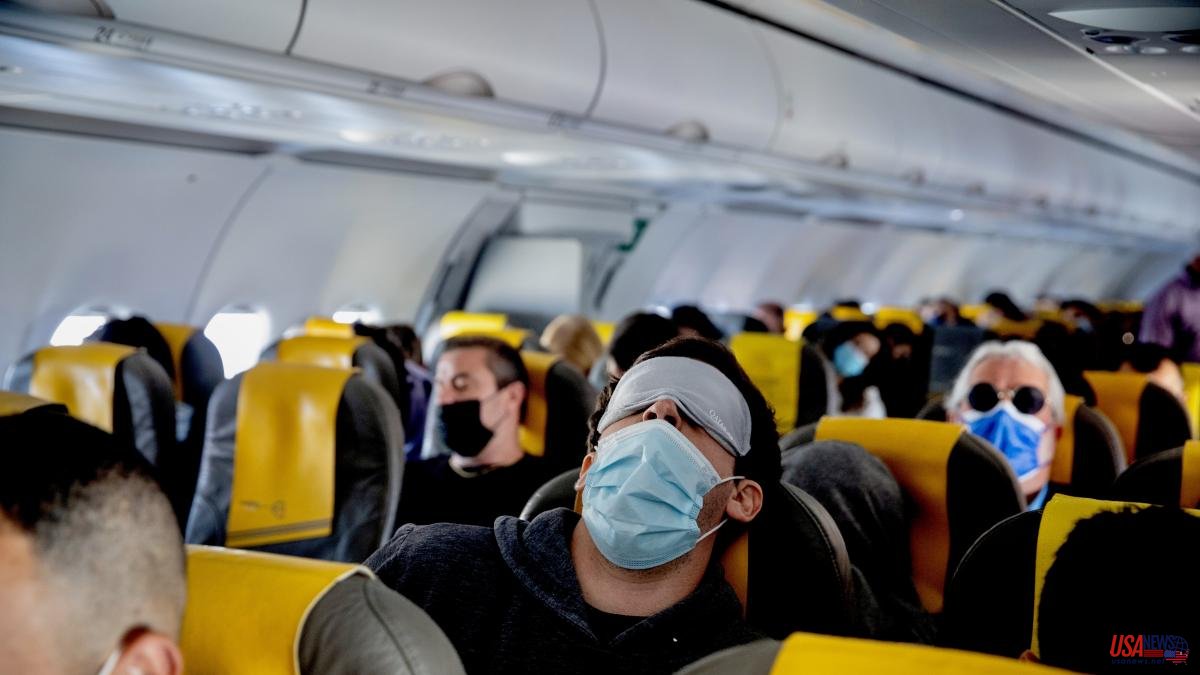 The only unexpected pleasure of flying to London from Barcelona last Friday was doing it without a mask (Ryanair). The worst thing about the return, on Tuesday (Vueling), was the requirement to take it.

And poor of the one who complained...

Flying has become a little torture. There are more obligations than in marriage. As soon as a human being steps into an airport, they shrink and begin to receive –one after another, by word of mouth or on posters– prohibitions, orders, imperative instructions, with the interval of the parade –by no means– by those duty free I want and not I can, so ideals of death when the traveler has just enough time to gain the boarding gate.

Even on the plane, they still remind you that smoking is prohibited! Would anyone light a cigarette in 2022 if they didn't hear the ban?

The return flight was profitable thanks to The New York Times. A report described the totalitarian drive of the covid in China: the confined inhabitants of Chengdu did not dare to leave their homes after a powerful earthquake. Who had to ask for permission or notify the frightened?

The latest health figures regarding covid delegitimize the obligation to wear a mask on public transport. It has no reason to be, as long as we accept that people get sick and sometimes even the palm, without – to date – Pedro Sánchez or Paquito the chocolate maker being able to blame the mishap.

At this point, demanding the mask on planes, taxis, buses or trains is feeding a citizen who believes he is exemplary and is used to being a bore, clad in civility. The kind of person prone to making anonymous tips, snitching on authority, and lecturing others. Continuing to give him wings reinforces the ideal of all rulers: shepherding. Where they say town or people they see sheep, submissive and in a herd lest the wolf come and eat them.

The covid is no longer a wolf, wearing a mask on a plane or a train is absurd and enough to restrict individual freedom. And whoever wants to take it, go ahead.