The detachment of one of the front parts of the Marmolada glacier, in the Dolomites (Italy), has left a tragic balance of deaths and injuries, which continues to grow while the search for missing persons is carried out. 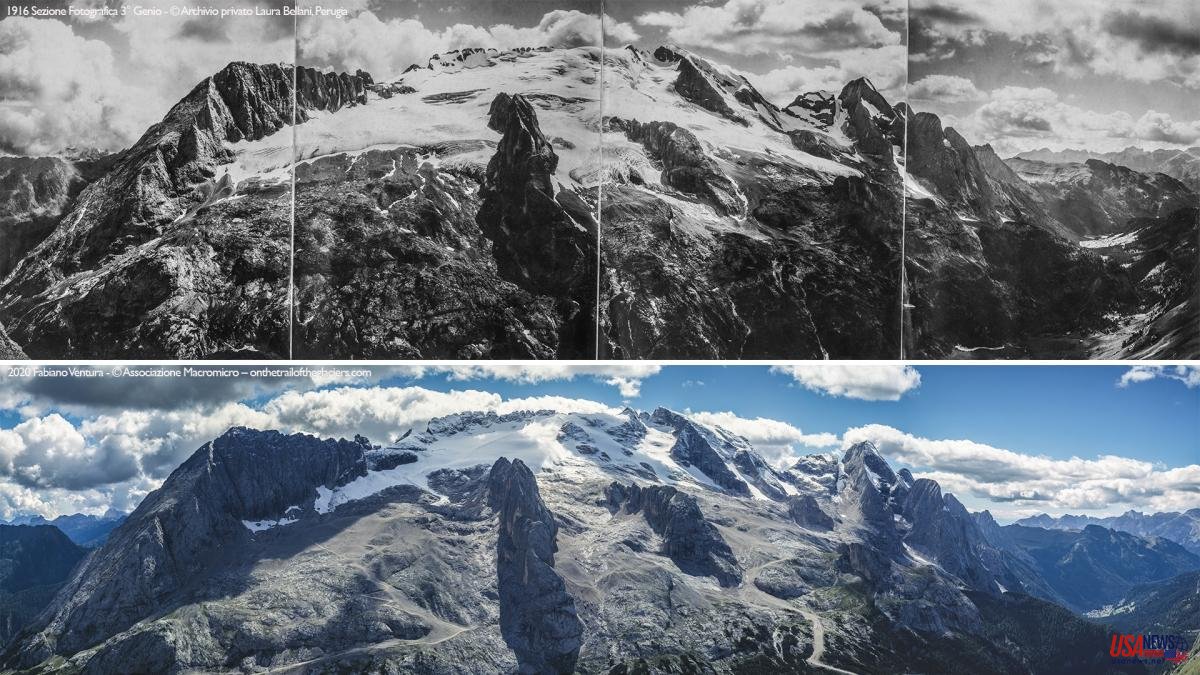 The detachment of one of the front parts of the Marmolada glacier, in the Dolomites (Italy), has left a tragic balance of deaths and injuries, which continues to grow while the search for missing persons is carried out.

The avalanche of ice and rocks that surprised hikers on the morning of Sunday, July 3, near Punta Rocca, at an altitude of about 2,500 meters, may become one of the most serious high-mountain disasters so far this century. Europe.

In addition, without any doubt, the Marmolada disaster is a new example of the global disappearance of glaciers, in a melting phenomenon accelerated by climate change.

In recent years, hundreds of studies have been published on the retreat of large ice masses in mountainous areas and there are also collections of photographs in which the surfaces covered by ice in recent decades can be compared.

In the case of Marmolada, two of the reference documents are the images released by the On The Trail of The Glaciers project (comparing, for example, photographs from 1916 and 2020) and the study published in 2019 in the journal Remote Sensing of Environment by researchers from the University of Trieste (Italy) on the recent evolution of this famous alpine glacier.

In the compared images from the private archive of Laura Bellani (from 1916) and Fabiano Ventura (2020), taken from the same angle and time of year from the Stanzon field, the entire north face of the Marmolada massif can be seen, with a clear vision of the phenomenon of reduction of the surface covered by ice and snow.

Those responsible for On The Trail of The Glaciers, a project that studies and documents the disappearance of glaciers around the world, indicate that, according to several recent scientific studies, the front of the Marmolada glacier is receding in recent decades at a rate between 15 and 30 meters per year (depending on the area) and the thickness of the ice decreases between 2 and 4 meters per year.

The scientific study published in 2019, for its part, presents data from surveys carried out for ten years, with ground and aerial systems, on the duration of the thickness and volume of the Marmolada glacier ice.

"The reduction in the volume of ice observed between 2004 and 2014 in the Marmolada glacier is around 30%, while the area covered by ice decreased by around 22%", highlights the summary of this research signed by six professors from the Department of Mathematics and Geophysics at the University of Trieste.

"The [Marmolada] glacier is now divided into several separate units [...] Applying the observed ice melt trend between 2004 and 2014 for the future, although the Marmolada glacier might behave slightly differently in Compared to glaciers in non-karst terrain due to dominant vertical subglacial drainage, it is likely to disappear by 2050," the authors venture.

"Only a few very isolated, small, thin patches of ice will survive due to avalanche feeding and shading at the foot of north-facing cliffs," the scientific study states in a sentence that now seems prescient.