The appointment is annual. 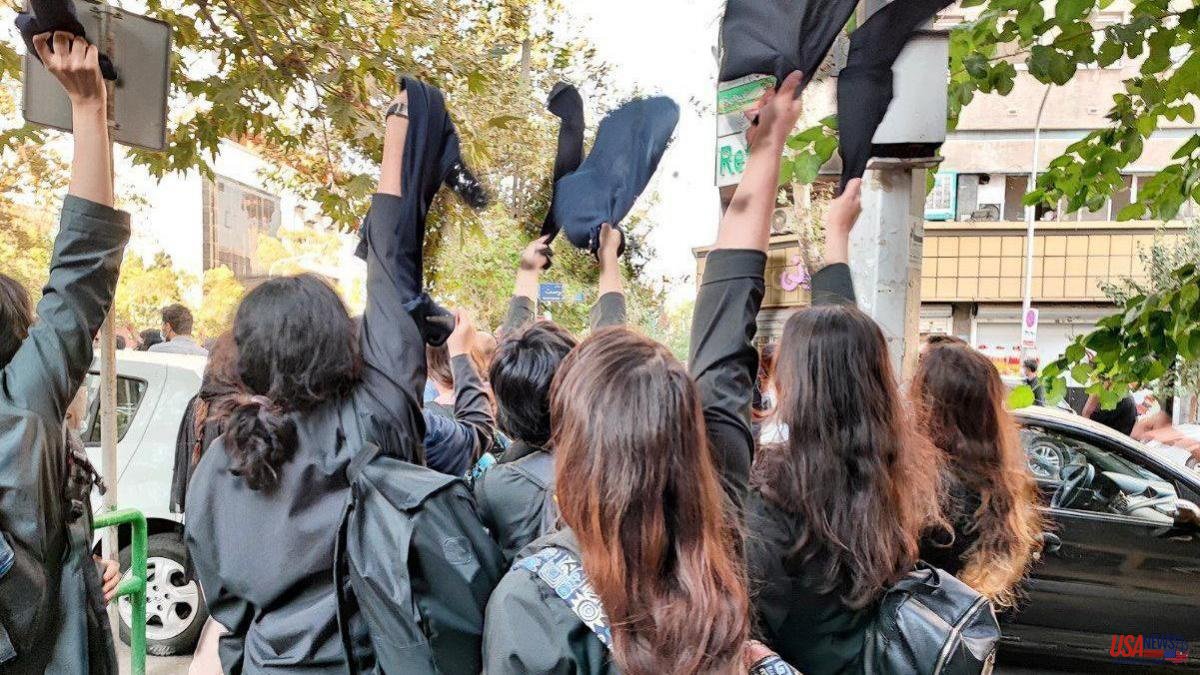 The appointment is annual. Every October 5 or Mehr 13, according to the Persian calendar, hundreds of devotees walk from the Tajrish square, in the north of Tehran, to the Chizar mosque, one of the most important religious centers in the city. They commemorate the death of Hasan al Askari, the 11th imam of the Shiites. But last Wednesday's call was different. The inhabitants of Tehran had received a message on their cell phones, signed by the police, in which they were invited as friends of the leader.

With this, the religious ceremony became a march in support of the Islamic Republic; the third scheduled since the protests began on September 16 after learning of the death of the young Kurdish Mahsa Amini. This is how the procession in which Alams were carried – a kind of iron steps raised by men – became a space where the participants, many of them women, repeated slogans in support of the system and its supreme leader. “Khamenei, Rahbar” – name given to the leader – “Death to America” or “Death to the infidels”, in reference to the Iranians, especially young people who have been protesting for almost three weeks.

Their harangues contrasted with those sung in recent weeks in Iran, where the chant "woman, life and freedom" has given way to more radical ones: "death to the dictator!" In recent days the networks have been flooded with teenagers singing slogans against the Islamic Republic. In at least two academic institutions, groups of female students – most of them veiled – have expelled representatives of the Nizam, the establishment, who were trying to make them see reason.

They are the two faces of Iran. The one on Wednesday, where people expressed their opinions in an atmosphere of festive tranquility. The other, that of the protests led by young people, always surrounded by a strong ring of security. Most of the time, repressed and marked by clashes in which young people respond –sometimes with violence– to attacks with tear gas and rubber balls.

“I treated a young man with a gunshot wound to his hand. He will possibly lose his four fingers, ”said a nurse in Tehran who did not want to give his name. Security forces watched the march and smiled as some of those present thanked them. "Long live Entesami -by the name of a sector of the police-".

Many of the people present at the pro-system marches have expressed fear in recent days that their lives may be in danger. “What they emphasize on religious television is that women in chadors are being attacked. They are creating fear in them,” explained Marzié, a 29-year-old woman who comes from a religious family. She is very concerned, she says, that as the days go by the division between those who support the Islamic Republic and the sector that supports the marches, which is also surrounded by fears, becomes greater.

They fear the attacks to which many young people have been subjected and which have sometimes had fatal outcomes, such as that of the young Nika Shakarami. Without counting the arrests, which increase day by day. They arrest activists, computer scientists, artists and hundreds of people who have supported the protests. “I am here because I come to support the Islamic Republic and the supreme leader, we will not leave them alone,” explained Nafize, 50, who was accompanied by her mother and her 18-year-old daughter.

The three women were dressed in a strict black chador, like most of the women who made the tour. For Nafize, the demands of young people are not sincere. She is convinced that they are not acting on her behalf and that the veil is an excuse to overthrow the Islamic Republic. Nafize believes that they are encouraged from abroad through satellite television broadcasts in Persian, which are preferred by a section of society.

The supreme leader, who this week referred to the protests, accused Iran's enemies – the US. and Israel – and the diaspora for being behind the protests. "They do what they are told," added this woman. When I asked her if she didn't think it was right that women should have the freedom to decide on the veil, Nafize responded with an often-repeated argument: "Each country has its rules and people must respect them."

Sara, a 33-year-old veterinarian, watched the march from a wall next to the march. “They want to show that everything is going well. That when they are in the street there is security”. But she added: “They will never give us the chance to do what they do right now. They always suppress us,” she concluded.