Vinícius Júnior is being one of the protagonists of this start of the season due to his good football performance, but also due to the debate about his behavior and his alleged lack of respect towards his rivals. 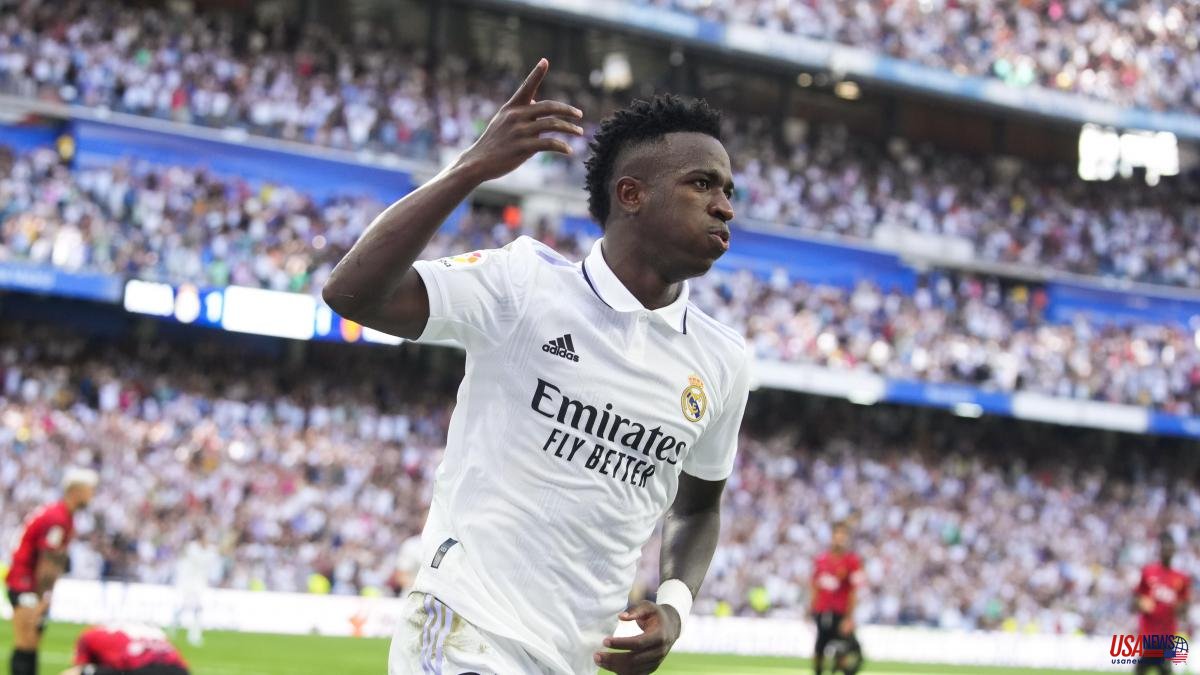 Vinícius Júnior is being one of the protagonists of this start of the season due to his good football performance, but also due to the debate about his behavior and his alleged lack of respect towards his rivals. The players of Mallorca, a team that Real Madrid defeated in their league match last weekend (4-1), denounced the Brazilian's constant provocations throughout the match. The program El Larguero, from Cadena SER, has revealed the alleged offenses that the winger made towards the Mallorca footballers. Voices from the white club have not been slow to offer their version of the events, assuring that it was Javier Aguirre's shouts from the bench that motivated Vinícius's reactions.

"Hit him, hit him," the Mallorcan team's coach allegedly said to one of his players at a certain point in the match. "Break it," he added later, always according to Real Madrid's version. These shouts unnerved the Brazilian player, who had to be calmed down by Toni Kroos and Carlo Ancelotti. Asked about this situation at a press conference, Aguirre limited himself to saying that "what happens on the pitch, stays there", without denying or confirming his alleged words supporting greater aggressiveness against the Madrid winger.

From the other side they complain about Vinícius's constant lack of respect. "You are very bad", he reiterated throughout the match to the Balearic footballers, according to the latter's version. "What do you think, that you are going to win?" He added. In El Larguero they assure that Ancelotti himself told the Mallorca players on numerous occasions not to get involved and let the Brazilian's provocations pass. In addition, they also point out that heavyweights in the locker room have spoken with Vinícius many times to try to convince him to change his attitude and stop behaving like this with his rivals, since the only thing he can achieve is that they "hurt him".

The international with the canarinha has started the season at a superlative level. He has four goals and an assist in five league games, in addition to a goal in the Champions League debut at Celtic Park and an assist in the European Super Cup against Eintracht Frankfurt. Without Karim Benzema, injured (although he hadn't started the year in the best way either), the scorer in the Champions League final against Liverpool is the Whites' main offensive weapon.

His celebrations and dances, his style of play and his provocations are generating disparate reactions around his figure. As they point out in Marca, in Madrid they are worried that this type of episode will become something habitual and they do not want to talk about Vinícius for non-sporting reasons. From the media itself they assure that the footballer has transmitted to the board his total commitment to the sports section and that the dances as a celebration of each goal are nothing more than a manifestation of joy, without any intention of provocation behind.