“This is pure craftsmanship. 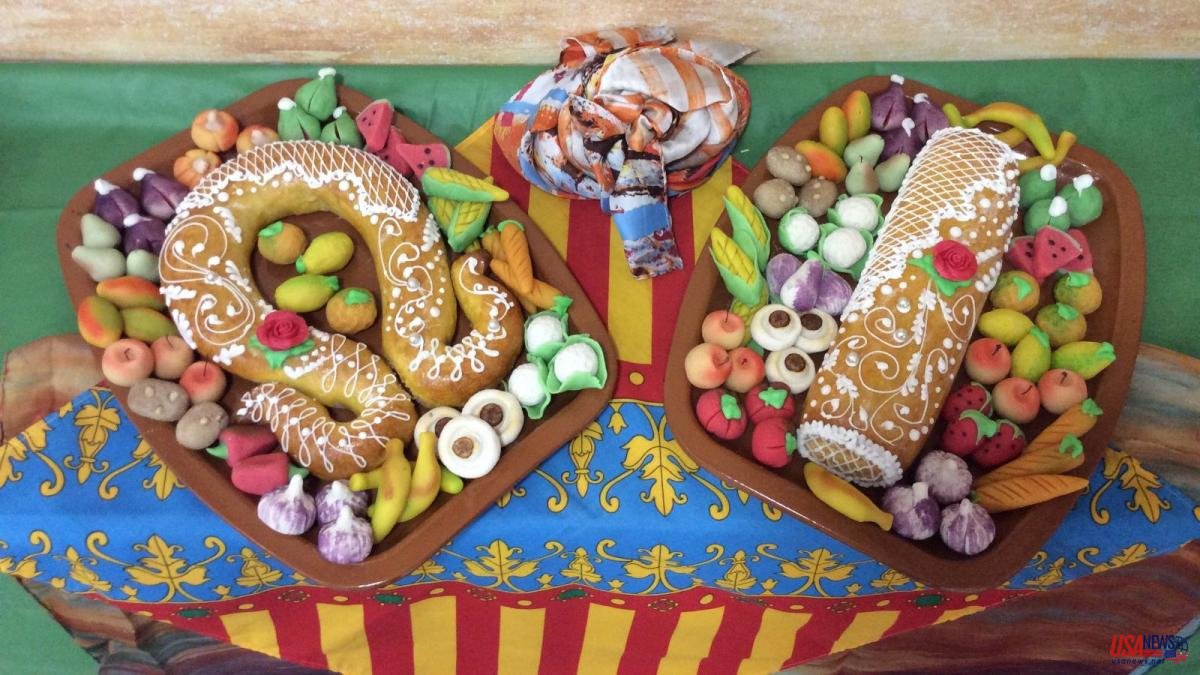 “This is pure craftsmanship. There are five people kneading marzipan to make them every day. It's like a fault”, they explain in one of the most central ovens in Valencia, next to the Central Market. In the establishment yesterday they already exhibited the handkerchiefs that traditionally wrap the sweets of the inhabitant, but until the afternoon they would not have the pieces of marzipan on the counter. The price, yes, they know: "Between 50 and 60 euros per kilogram," replies the same shop assistant.

The question is recurrent throughout the morning: "Has the price of 'mocadorà' increased in the current context?" Yes, inflation is noticeable, all respondents agree. In another of the downtown establishments, marzipan fruits are sold at 48 euros per kilo, and although these days they are displayed along with muffins and other pastries, there are still few customers who buy. "We will have the bulk of the sale on Friday, Saturday and Sunday," says the person in charge of this well-known business.

The price of electricity is also noticeable in production, or so they say from the Ruzafa neighbourhood, where one of its establishments has gone from paying 1,000 euros a month to around 4,000 euros. “Therefore, how can marzipan not be more expensive? It is impossible not to go up. The almond is also untouchable”, says its manager.

Here last year they sold the emblematic little fruits at 40 euros per kilo, this year they had to raise the price to 45 euros per kilo. A figure that is repeated in many of the ovens and pastry shops in the city that we visit on a walk through the city. Not on the other hand in the best-known Valencian supermarkets, where we find trays of marzipan in a range of 25 to 35 euros per kilo.

In addition to the rise in energy costs, the price of raw materials also enters because there are fewer almonds, the main ingredient in marzipan, both in the Valencian Community and in Spain. AVA-ASAJA forecasts a 50% drop in Spanish production due to the problems of rain and frost in spring, and heat and drought in summer.

And as for the Valencian production, he estimates that it will suffer a 70% collapse, "fundamentally due to the devastating damage caused during the flowering phase and set by the frosts and the persistent rains of last spring. The lack of rain in summer has aggravated losses in rainfed areas", they explain from the agrarian entity.

That is why they explain from AVA-ASAJA that the law of supply and demand "is not being fulfilled", because with the scarce supply in Spain and also in the United States (the main producing area in the world), prices should be much higher and now "they do not even cover production costs," they point out.

With all this, between the context and the necessary increase in prices, in another business in the Arrancapins neighborhood they foresee a “very weak” sale and for this reason they are producing by the dropper in these days prior to the 9 d’October festivity. Above all, because they fear that they will sell less given the general increase in prices and because "it is a tradition that is being lost, young people are not involved," explains the owner of the business.

The forecasts of the Guild of bakers and confectioners of Valencia is to sell "as before the pandemic". The figure they estimate is around 70,000 "mocadoràs" between Valencia and the province, confirmed by the guild, which yesterday presented its winners of the XLI Sant Donís Contest: the Galán de Aldaia pastry shop has been awarded as the maker of the Best "mocadorà", as well as with the award for Best commercial ornamentation.

There are many shop windows that are dressed in colored scarves to remember a tradition that dates back to the 13th century and in which marzipan wrapped in a scarf is given to the loved one.

But the truth is that, although the city is increasingly dotted with cafeterias (many are franchises) where pastries and sweets are served and there would be room for this native product, the "mocadorà", a tradition rooted in the Valencian capital, is difficult to find beyond the established establishments.