The Louvre Museum has not yet made a formal statement about the attack on its flagship work, La Gioconda, yesterday. 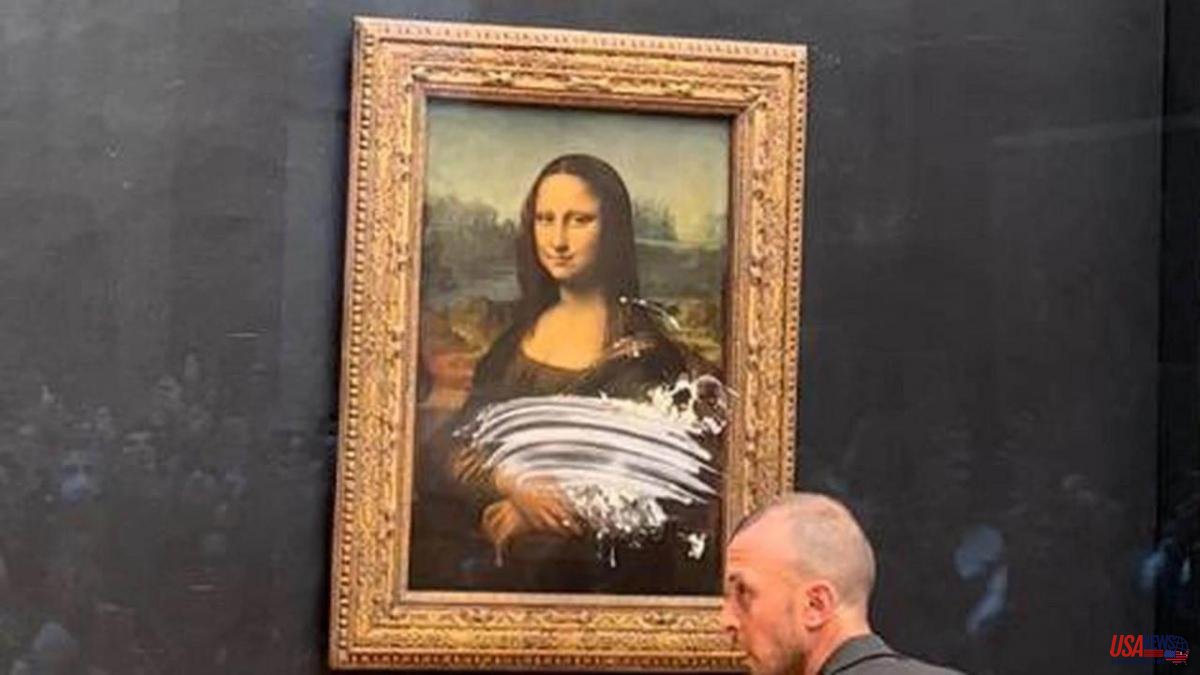 The Louvre Museum has not yet made a formal statement about the attack on its flagship work, La Gioconda, yesterday. Leonardo Da Vinci's canvas was the victim of a tartar. A man dressed in a wheelchair and wearing a woman's wig threw a piece of cake at the work, which, luckily, thanks to its protective bulletproof glass, has not suffered any incidents.

This Monday, the management will evaluate the event although, for the moment, museum sources have assured EFE that "we are waiting for a reaction from the management."

"Think of the Earth. There are people who are destroying the Planet. That is why I have done this," the attacker shouted. Although there are no images of the exact moment, because no one imagined that something like this would happen, it should be said that there are several videos circulating on the networks of how the painting turned out and of the moments that followed, as well as of workers cleaning up the wreckage.

It is not the first canvas that the work suffers. In 2009, a man threw a mug at it and in 1974, when it was loaned to Japan, a woman tried to smash it with red spray. Years earlier, in 1957, it was slightly damaged after a Bolivian visitor threw a stone at it. Hence her protection. And it is that there are many people who come to the Louvre every day to see it. Works were recently carried out in the room where it is exhibited to bring order to the crowds.