Fundación MAPFRE offers the unique opportunity to learn about and deepen the work of the African-American photographer Carrie Mae Weems with a great retrospective that can be visited until January 15 in Barcelona. 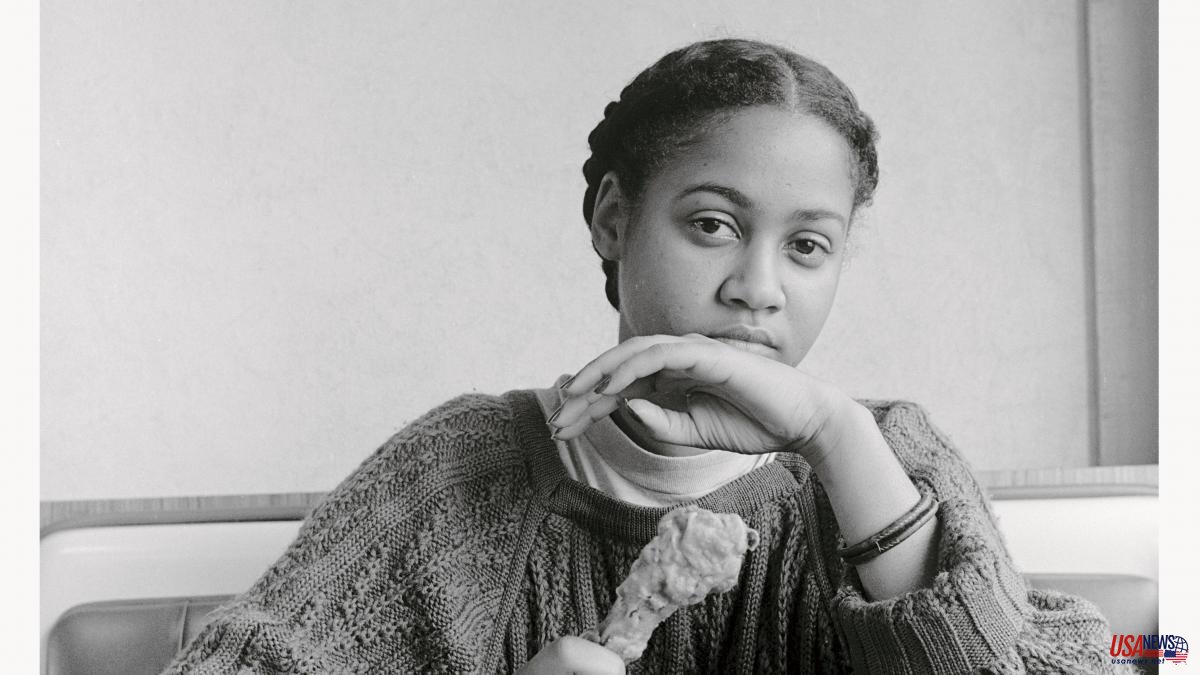 Fundación MAPFRE offers the unique opportunity to learn about and deepen the work of the African-American photographer Carrie Mae Weems with a great retrospective that can be visited until January 15 in Barcelona. This great exhibition chronologically reviews the trajectory of one of the pioneers when it comes to raising the voice for the rights of African-Americans. And she does it through an artistic and very personal look at issues such as identity, race, politics, feminism or slavery.

The exhibition is entitled 'Carrie Mae Weems. A great turn of the possible', which is presented simultaneously at the KBr Fundación MAPFRE photography center and at Foto Colectania. Likewise, and coinciding with this exhibition, the video installation 'Lincoln, Lonnie, and Me' is being presented at MACBA.

Curated by Elvira Dyangani Ose, the exhibition introduces us to one of the most interesting photographers of the last decades. Carrie Mae Weems began her career in the early eighties, with a clear desire to rethink the identity of the African-American community and women, history and the fight against violence, and today she has become one of the more committed contemporary looks.

The exhibition combines chronological and conceptual structure to contextualize the works of Carrie Mae Weems. All of them have in common the will to revise and rework history to make visible those individuals traditionally distanced from the dominant discourse. In her photographs, she uses racial, sexual and political stereotypes to question the system and her own artistic practice.

Concepts such as Black Power -the movement that emerged in the 1960s to claim equality- or the philosophy of Non-violence, so closely associated with the fight for the rights of African-Americans, are key in the photographer's work.

So is the idea of ​​"the muse", a woman who appears in many of her images always with her back turned and who is none other than the artist herself. This alter ego acts as the narrator of the stories that are told in the series. And it is that the will of storytelling is another of the characteristics of this author.

The exhibition presents a total of 20 series that represent an important part of the photographer's work. Next, we highlight five of them that synthesize her style and her concerns.

Colored People, made in 1989-90, is one of his most emblematic works. His 2019 version can be seen in the exhibition. The series collects images of African-American youth and children dyed with yellow, blue and magenta tints. With these tones, he wants to refer to the different shades of black skin and draw attention to the hierarchical racism around these issues.

In Museums (2006), the photographer again denounces the exclusion of women and black creators in canonical art history. In this case, she does it herself, showing the figure of the Muse before large museums such as the British Museum, the Galleria Nazionale D'Arte Moderna or the Philadelphia Museum.

The Slow Fade to Black (2010) series includes manipulated photographs of African-American politicians and artists. Some are out of focus or altered, to denounce the usual disappearance or oblivion of these characters in official history and collective memory.

In addition to the series exhibited at KBr, Foto Colectania also exhibits part of the work of Carrie Mae Weems. Kitchen Table (1990) stands out, in which the photographer uses the domestic space to talk about tradition, family, monogamy or personal relationships.

Finally, in the MACBA Capella you can see the video installation entitled Lincoln, Lonnie, and me – A story in 5 parts, from 2012. In this piece, Carrie Mae Weems uses phantasmagorical figures on a human scale, to analyze, through her relationship with President Abraham Lincoln and activist Lonnie Graham, how historical narratives are constructed, and how the tragedies of the past are continually renegotiated.