The loneliness of Rita Hayworth, victim of abuse and pioneer of aesthetic retouching

She was the most beautiful woman and also the most unhappy. 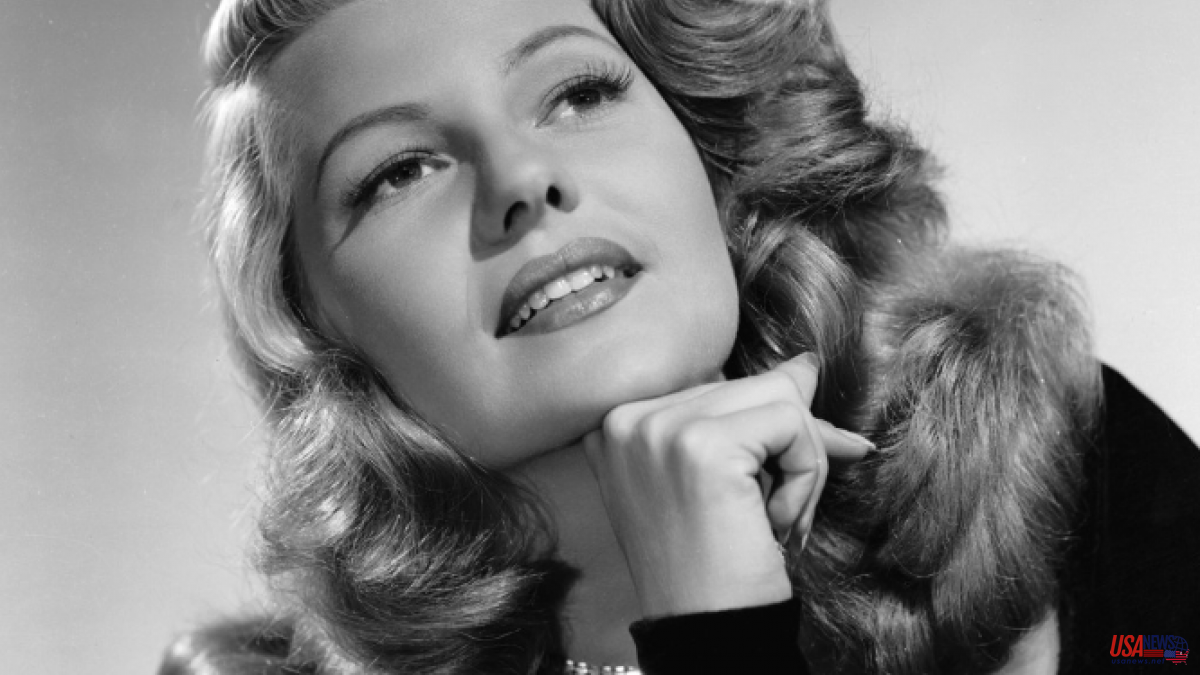 Hayworth's childhood (1918-1987) was more than hard. Her father, Eduardo Cansino, a Spanish dancer, sexually abused her while forcing her to dance in seedy bars. At 19, she found a way out of that hell through marriage. She married a car salesman, Edward C. Judson, who had contacts in Hollywood. The couple settled in Los Angeles, and young Rita, who had adopted her mother's surname, Hayworth, landed a contract at Columbia.

But it took time to succeed. The directors of the study saw the possibilities of her, but considered that the girl was not attractive enough because of her Hispanic appearance. So they changed it. Hayworth was a pioneer of cosmetic touch-ups. She underwent strict slimming diets. She underwent the electro-epilation technique, which was very painful, to clear her forehead permanently and her hair, originally black, became red.

Hayworth wandered through B-series products at the end of the 1930s until his big break came from the hand of Howard Hawks with Only Angels Have Wings (1939), a film about aviators starring Cary Grant and Jean Arthur, which was a box office and critical success. George Cukor saw the film and did not hesitate to cast Rita as the protagonist for her new project Susana y Dios (1940), where the actress was a happily married woman who suddenly wants to leave everything after discovering her religious vocation. Fredric March was her husband and he was trying to keep her.

Although the directors of Columbia had changed her appearance so that the actress did not seem Hispanic, in her next job they made her the quintessential Spanish, Doña Sol, the aristocrat who drives a bullfighter crazy with passion played by Tyrone Power in the adaptation from Blasco Ibánez's novel Blood and Sand (Rouben Mamoulian, 1941).

Despite what she had suffered in her childhood, Hayworth received something good from her family, the dance. The musical was one of the genres in vogue in the early 40s and thanks to her skills as a dancer, the actress became the star of My Favorite Girl (Irving Cummings, 1942), a full-color film with Victor Mature as co-star . By this time, Fred Astaire had run out of his essential Ginger Rogers, who had decided to opt for more serious roles.

Hollywood was looking for a new partner for its star dancer and found it in Rita. Astaire and Hayworth danced together to public applause in Since That Kiss (Sidney Lanfield, 1941) and in Dancing Is Love Born (William A. Seiter, 1942). There was another musical. Rita danced in the arms of the great Gene Kelly in The Models (Charles Vidor, 1944).

The culminating moment of her career came at the hands of the director himself, but not dancing, but rather as the quintessential femme fatale, the unforgettable Gilda. "There was never a woman like Gilda," said the publicity for the film, shot in 1946. And it was true. Almost 80 years later, Hayworth's styling, a narrow black dress with a bathtub neckline, long gloves, curly hair, is still valid.

It all starts when Glenn Ford lands in a casino in Buenos Aires and becomes the confidant of a shady character played by George Macready. To Ford's annoyance, his boss's wife is Gilda, the only woman he has ever loved. The sexual tension between Ford and Hayworth builds. She makes him believe that she conquers every man who gets ahead of her, although it is a lie. One night, she dances and takes off one of her long gloves and when she starts to unzip her dress, Ford stops her. They fight and he gives her a slap, the most famous in the history of cinema.

And although Rita will always be remembered as Gilda, her best performance came from her new husband, Orson Welles, with a very different look, short platinum blonde hair, and as bad, very bad, in a film that was misunderstood at the time. and that today is considered a masterpiece. In The Lady from Shanghai (1947), Welles and Hayworth died in the hall of mirrors in one of the most powerful sequences in film history. The love between the couple also died after that film.

The box office hit affected the career of the actress. Columbia brought her together again with Glenn Ford and Charles Vidor and gave her another Spanish role to try to revive her career with Los amores de Carmen (1948). But the gypsy woman who falls in love with Don José until he drives him crazy did not convince at the box office either. It did not matter much, because the beautiful Rita had met a prince, Ali Khan, she married him and went to live in Europe.

Khan was a playboy as well as a prince and the marriage, although he had a daughter, Yasmin, did not last. The couple broke up in the early 1950s and the actress, left penniless, returned to Hollywood where she still had a few movies to make. In a burst of originality, Columbia re-paired her with Glenn Ford against a nightclub background in The Lady from Trinidad (1952). And she danced again in Hidden Fire (Robert Parrish, 1957) while Robert Mitchum and Jack Lemmon fought for her love.

Hayworth regained the prestige of yesteryear with another musical, Pal Joey (George Sidney, 1957). This time it was two women, Rita and Kim Novak, who were vying for the love of a man, Frank Sinatra. She later participated in Separate Tables (Delbert Mann, 1958), a choral film where she shared credits with David Niven, Burt Lancaster and Deborah Kerr. From that moment on, her career entered a process of decline. she shot her last film, The Wrath of God (Ralph Nelson), in 1972.

In between, she had a couple more husbands, but none of them made her happy. "Men go to bed with Gilda and then wake up with me," she lamented. Welles explained in his memoir that when they parted she told him "the only happiness I've ever had in my life I owe to you" and he thought "if that was happiness, what must the rest of his life have been like?" Rita Hayworth passed away in 1987 at the age of 69. She suffered from Alzheimer's and had not appeared in public for years. Her final was sad as her life, but Gilda with her black dress with a bathtub neckline, her long gloves and her curly hair will always remain in the memory of all movie lovers.