The living nature of Julià Guillamon

The world is in a hurry, and even when everything stopped with the pandemic they continued to run from home, waiting to know everything at the moment, lest we be late anywhere. 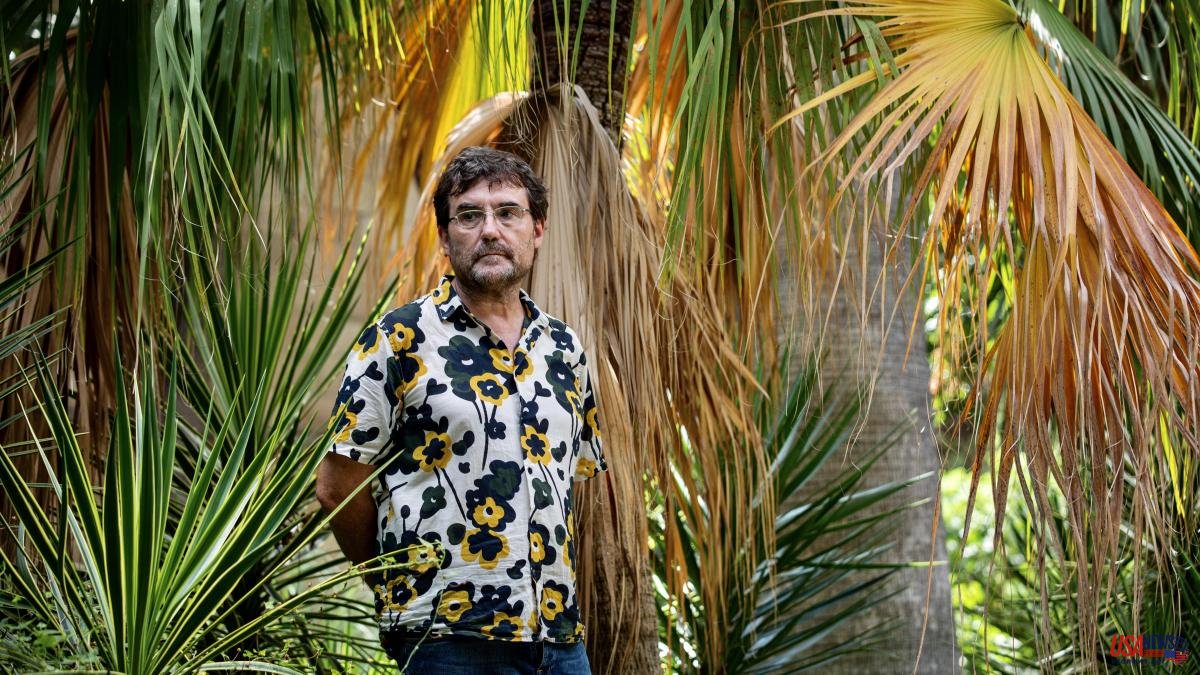 The world is in a hurry, and even when everything stopped with the pandemic they continued to run from home, waiting to know everything at the moment, lest we be late anywhere. Time does not stop, but it has a marked cycle, both inside and outside houses, in towns and cities.

Julià Guillamon (Barcelona, ​​1962) wanted to capture a year, a cycle of seasons, in his latest book, Les hores noves (Anagrama), starting in a way from Josep Pla's book Les hores, from 1953. Guillamon explains that the book de Pla “they are articles from different eras, but they create the sensation that it is a whole year very well”. “I had always liked it a lot, I guess because I had been to the mountains a lot, and at first you see that you have no language, you don't know what things are called, you have some intuitions but you don't know how to say them. And when I started reading the classics I saw that they had already solved it, it was me who didn't have it because I don't know what it's about. Ruyra has seen the same as me, or more, but he knows how to explain it”.

It is a book made from observations and walks through the forest and through Arbúcies, in which characters with whom he establishes a relationship appear, such as Emili Soms, who has recovered more than fifty lost apple varieties and who "is like the common thread : that if I go to see the apples, then I have to prune, now they have blossomed, now the apples are starting to come out, now they are big...".

It is a book related to Les cuques (Anagrama, 2020), but what there are little animals here are “more landscape and plants”. Now, for the writer –and critic of Culture/s, and curator of exhibitions (right now you can see Joguets i escriptors and Els disconguts de semper, this one with Adrià Pujol)–, it is not about drawing an epic, grandiose nature nor sublime, but to search for authenticity: “There is a part of art and literature on forests and mountains that has replaced religious images with poetic images, without changing the meaning much. It is modern, but with a clerical-like air. I try not to talk about plants and landscapes in a stiff, abstract or petulant way.”

"There are many people who write about nature -he insists-, but I wanted to write in such a way that I could give the book to Emili, the firefighter or my forest friend and not be embarrassed. It is written in their language. I don't play the violin."

He builds a structure in which “on the one hand there are living things, these reconstructions of memory, and after a certain moment characters enter”, and he gives the example of the Talking Heads film Stop making sense, directed by Jonathan Demme: “It begins a radio, then Byrne and the musicians are added. In the first book you are alone, with the landscape, then some secondary characters and memory appear, and at the end the shepherd, the shearer, the fireman, the taxi driver appear...”.

"People only go to the forest to take selfies or to ride a bike," he complains, and between one thing and the other "life has deteriorated and everyone has depression, is isolated, sad. Maybe because I've gotten older, but I have the impression that people were happier before. There were some forms of collective life that have disappeared”.