The lives of Zygmunt Bauman

Today more than ever we live in liquid times, in a time of uncertainty marked by climate change, the global pandemic, and growing economic and social inequalities. 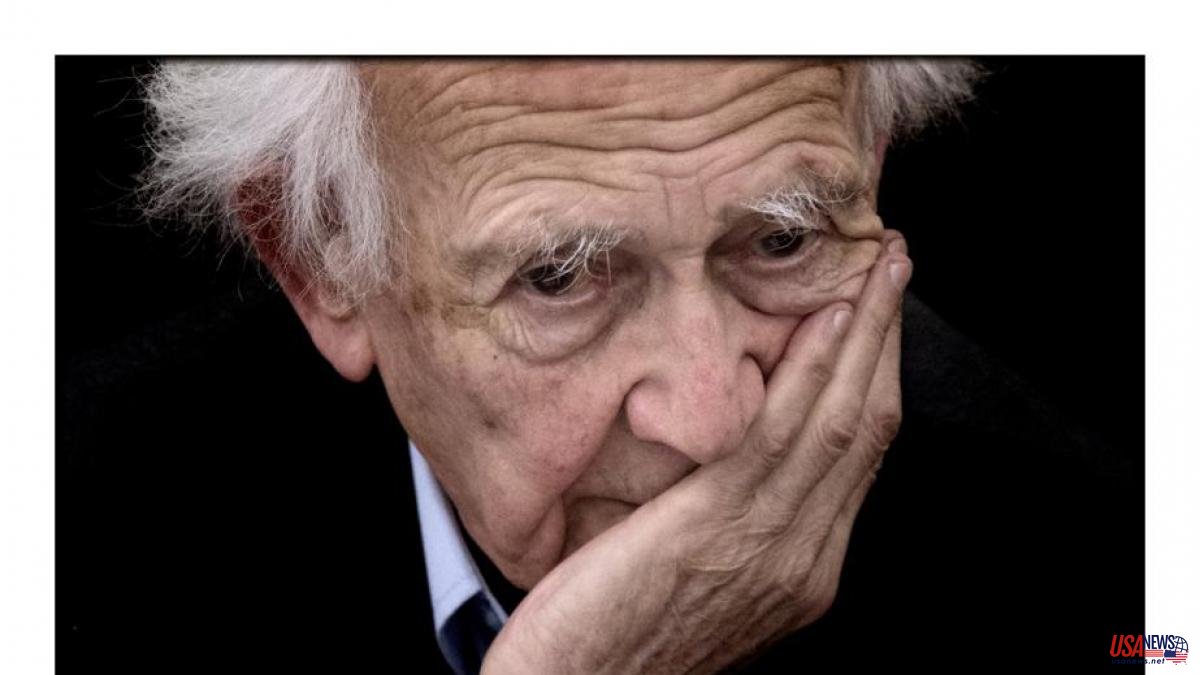 Today more than ever we live in liquid times, in a time of uncertainty marked by climate change, the global pandemic, and growing economic and social inequalities. In a liquid, unstable society, with a changing rhythm, exhausting dynamics and precariousness. In a world where interpersonal contacts depend on the so-called social networks that are still a trap, an increasingly individualized world; in the midst of a crisis of democratic institutions.

The author of the concept of liquidity, Zygmunt Bauman (1925-2017), has been one of the most daring and influential thinkers of our time. His theories on the Holocaust as a result of modernity, on the transformations of modern life, on freedom and its lack in a world of globalized consumption or on new forms of social exclusion continue to explain the world today. He would say things like: “Contrary to common belief, history knows no crimes committed in the name of relativism and tolerance” or “Love is a net that tries to capture eternity; desire, an attempt to avoid the obligation to weave that web. By its very nature, love will aspire to keep desire alive. Desire, in turn, will defend itself from the bonds of love.

Author of 57 books (50 of them translated into Spanish and some into Catalan), Prince of Asturias Award for Communication and Humanities awarded in 2010, sociologist, philosopher, essayist, was named doctor honoris causa by twenty universities, including Bristol, Gothenburg, Copenhagen, London, Oslo, Prague and Uppsala.

His life, like his work, was marked by the stormy 20th century, to which his two immense biographies attest. The first Bauman. A Biography of 2020, by the sociologist Izabela Wagner, has recently been published in Spain by Paidós. The second, The Banished. 21 scenes from the life of Zygmunt Bauman, from 2022, by reporter Artur Domosławski (also author of the biography of Ryszard Kapuściński, Kapuściński non-fiction ) does not yet have a Spanish translation.

The curious thing about the case is that Bauman's works, so well known throughout the world, do not enjoy the same popularity in his native country. As Wagner and Domosławski point out, Poland has a problem with Bauman: he reproaches him for not having renounced his commitment to the communist cause, for having served, after World War II, in the Internal Security Corps, for not having settled accounts with his past.

And while in 2010, during the Kosmopolis festival, Bauman's conference was considered a milestone and a long line of people interested in listening to the thinker formed in front of the Barcelona CCCB, in Poland, in June 2013, at the University of Wroclaw a group of young nationalists interrupted the celebration of his honorary doctorate investiture, loudly demanding the expulsion of the honoree or even his imprisonment. Both biographies start precisely at that moment and then go back and show the life of their protagonist.

Since it would not be the first time that Bauman was expelled from his native country. His expulsion accompanied him throughout the 91 years of his life. Born in Poland in 1925, Bauman was a victim of Polish anti-Semitism, persecuted for being Jewish as early as elementary school. In 1939, together with his parents, he had to flee from Poland to the USSR from the German front and from the bitter Polish anti-Semitism. Thus, at just fourteen years old, Bauman became a war refugee. In 1944 he enlisted in the army and fought in the Polish Army, participated in the battle of Kołobrzeg, where he was wounded, and in Berlin. At the end of World War II, he remained in the army (in the Internal Security Corps) combining it with his studies until 1953, when, expelled from the army, he devoted himself entirely to his university career.

He worked at the University of Warsaw until 1968, when, again, Polish anti-Semitism and nationalism expelled him from the country. Banished again, at the age of 43, he settled in Israel, but could not stand Israeli nationalism. So, after three years, he moved to England and settled with his family in Leeds, where he lived until the end of his life, between 1972 and 1990, directing the chair of Sociology.

His international career took off right in 1990, when he retired. From that moment on, he wrote numerous books, accessible not only to academics, but also to flesh and blood readers, since he believed in a sociology that, reconstructing all layers of reality, belonged to the Humanities in the sense broader of the word, "whose unique, noble and magnificent purpose is to enable and facilitate human knowledge and constant dialogue between humans", as he said after receiving the Prince of Asturias.

His life, narrated by Wagner, academically shows the thinker whose ideas have been forged throughout his life; the one written by Domosławski emphasizes not only the particular story of his protagonist, but also a good piece of universal history in which Bauman was formed and which was the engine of his thinking and writing.