The little hands of the emirate

Ibrahim paid 1,500 euros to a recruitment agency in Kenya to pay for his plane ticket and visa to work in Qatar. 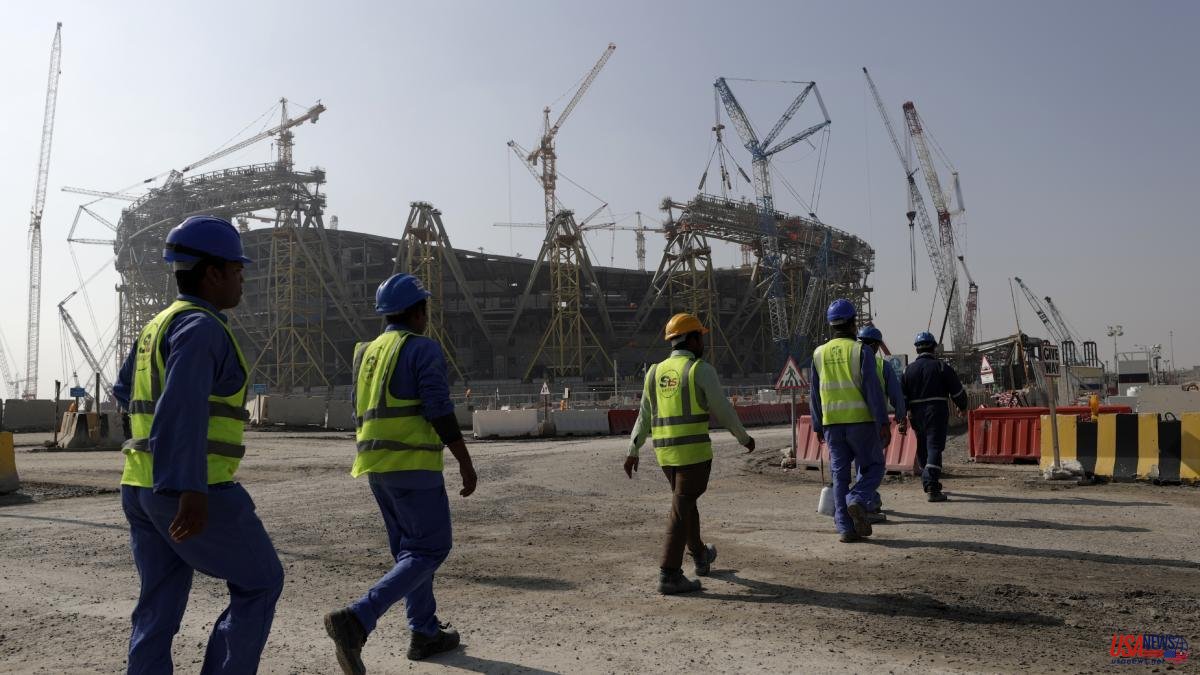 Ibrahim paid 1,500 euros to a recruitment agency in Kenya to pay for his plane ticket and visa to work in Qatar. The first day he was already put in the work at 52 degrees to build a building in Doha. Ibrahim and most other African workers had been offered wages two to three times what they had in their home countries. The accommodation, which they also had guaranteed, is tens of kilometers from the Qatari capital. From there they are transported in a bus that travels every day between the construction and the gloomy place where they (sur)live.

The floor is disgusting, there are no minimum sanitation conditions, with shared latrines. Many workers have to sleep on the floor because there are not enough beds. The food is cooked on the floor with gas stoves and rusty saucepans. These workers hired by a major construction company in Qatar have not been paid for almost a year. Ibrahim threatened his manager with leaving, he replied that if he left he would not return his passport. “It's slavery, it's living in a prison” –says Ibrahim.

Rachel is from the Philippines and works in a beauty salon giving pedicures and manicures to a group of rich women from Doha who live in mansions. She has been working in this place for three years and she has not even had a week of vacation. In fact today is her first holiday. A holiday in three years of living in Qatar. Once a month she goes to a bank in the most splendid shopping center in Doha to send most of her salary to her Filipino family so that her five children can study.

Today, with her mobile phone, she takes the opportunity to film, excited, a huge screen located at the entrance of the shopping center where soccer images are broadcast announcing the near start of the World Cup in Qatar. What will Rachel do with this recording? Of course she will send it to her children. Like Rachel, like Ibrahim, there are 2.5 million foreigners living and working in Qatar.

Everything reported is seen in a documentary produced by the French channel Arte, lasting 24 minutes, with denounceable and unbearable images of the working conditions that are allowed in this Gulf country. The report, entitled Les petites mains de l'emirat (The little hands of the emirate), is a journey through the depressing life of a group of immigrants who traveled looking for work taking advantage of the fact that FIFA granted Qatar the organization of the World Cup that starts tomorrow.

The report is basically recorded with a mobile phone due to the government's prohibition, under threat of expulsion from the country, to obtain images in certain places in Doha. The journalists of the French channel, with the risky help of the workers, slipped into places as intolerable as the infamous flats where Ibrahim lives with his co-workers.

The documentary, which can be viewed for free on YouTube, ends with a night shot of Doha's illuminated skyscrapers. Ibrahim confesses: "When I look at these buildings I think of the suffering of those of us who have built them." And a voiceover ends: "Ibrahim hopes to find a little job in the World Cup but he fears that, once the tournament is over, he will return to Kenya even poorer than when he arrived in Qatar."