The Liceu bets on humor to inaugurate the second season of the 175th. 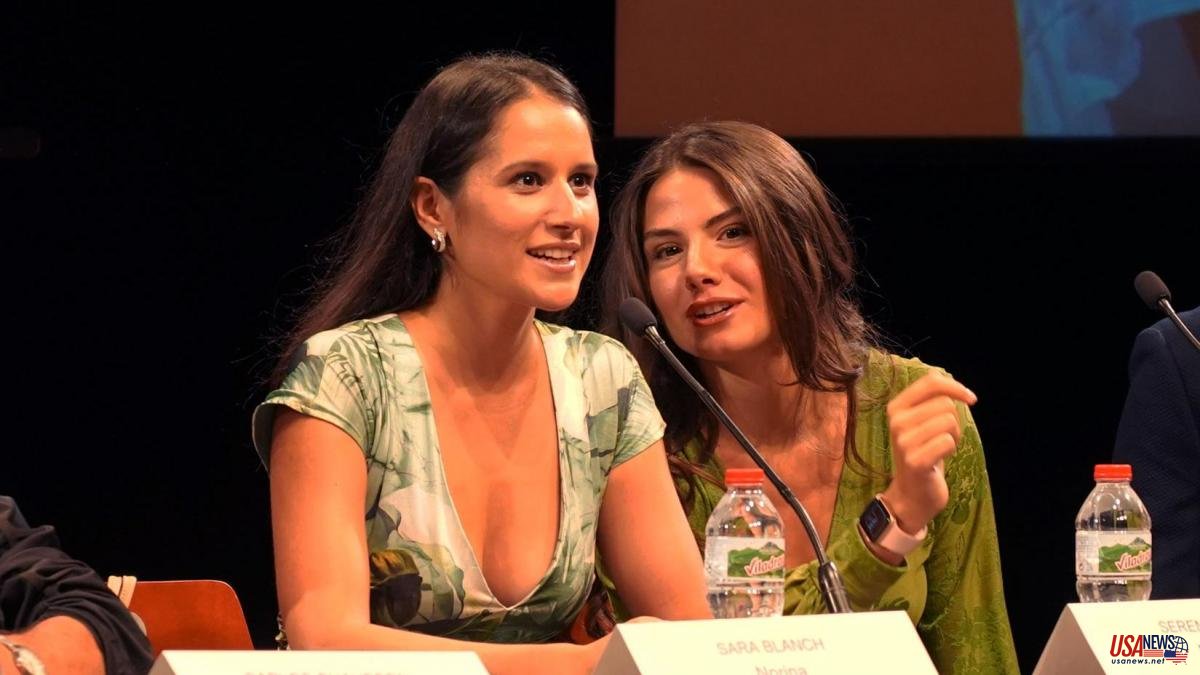 The Liceu bets on humor to inaugurate the second season of the 175th. anniversary and celebrate the long-awaited normality after the tsunami of the pandemic. The hilarious Don Pasquale, the bufo drama with which Gaetano Donizetti said goodbye to opera –he would only write three more before he died– and which was the culmination of bel canto, as well as a welcome to Verdi's realism, also serves to show off again on the stage of the Gran Teatre to the two young Catalan sopranos who already have the public in love: Sara Blanch and Serena Sáenz.

Both coincided in Mozart's The Magic Flute directed by Gustavo Dudamel at the beginning of the summer. And this time they play in separate casts the "cruel" character of Norina, the young woman in love with Don Pasquale's nephew who will have to resort to incredible tricks to take revenge on the old miser who has dared to veto her courtship with Ernesto.

The nineteenth-century plot - at 70 years old Don Pasquale decides to look for a young woman himself to beget a son worthy of his inheritance - was not intended solely to entertain the Italian bourgeois society of the time. It was also a brazen social critique of a patriarchy that would have to reformulate itself to continue standing.

Josep Pons, the musical director of the Liceu, assumes the baton for the first time in this opera by Donizetti, of which he highlights "a much more developed orchestration than that which can be found in his predecessors, Rossini or Bellini". "It is a very detailed orchestra that connects us with Mozart, with his Così fan tutte, if we take into account the bufo genre, or with the Mozart of Rapture in the Seraglio. It makes us think of Viennese classicism, which is nothing more than Italian music taken to Vienna, and then returns to Italy and bel canto is born".

"The difference would lie - Pons points out - in that, while in Viennese classicism it is the orchestra that anticipates the action, in Donizetti the orchestra has a psychological treatment, participates in the plot and trails behind: to the initiative of the text, there is a response from the orchestra, often ironic. And it does not seek to underline a humor to reduce it to clowning, no. Here two worlds converge, the buffoonish character and the lyrical character. It is something that happens on stage and is reflected in the orchestra ".

The Italian reggae artist Damiano Michieletto is the author of this montage that premiered in 2018 and that recreates Don Pasquale's house without the walls. Only the doors -which open and close constantly- appear on the scene to abound in the entanglement. And for every roof, in this production brought to the present, there is a schematic roof of the house traced with neon lights. While in the background videos are projected through a chroma key.

Carlos Chausson, who plays the main character that gives the work its title, draws attention to the way in which Donizetti himself classified his score as a comic drama. "This explains everything, that mixture of laughter with the cruelty and suffering of my character", the first in the history of opera to receive a slap from the soprano and it is not the baritone who tries to kill her.

Donizetti also cataloged his bass-baritone voice, to achieve that darker and deeper character with which to develop the sad and sentimental part of the opera, without disregarding the joy with which at the beginning of the opera Don Pasquale imagines that he will marry with a terrific woman Dr. Malatesta is getting him. "It is a very intelligent production that makes you laugh and think, and that serves to introduce a son, a granddaughter into this wonderful world...", says the singer.

For Sara Blanch, who always tries to find the point of goodness in her characters -at the Liceu she has been seen in a short time as Zerbineta in Ariadne aud Naxos and as the Queen of the Night in The Flute-, Norina's is really strong , violent and cruel. "Even I feel sorry for Don Pasquale at the end," she says. "But I think that what moves everything is love, and she defends her freedom to decide what to do with her life, who to be with and how to move."

Both sopranos claim to have a good time musically. Not because it's an easy role but because the plot is so well developed and constructed that the role comes into its own vocally. "There is an engine that moves the characters from minute zero," adds Blanch. "She is a character who is on stage almost all the time, and I already like that, because you end up not playing Norina but becoming her," says Serena Sáenz, who played Pamina in the recent Magic Flute and had the opportunity to replace Nadine Sierra as the lead in Lucia di Lammermoor.