The levers under examination before Barça - Celta

President Joan Laporta and his board of directors face a new ordinary meeting today, starting at 10:00 a. 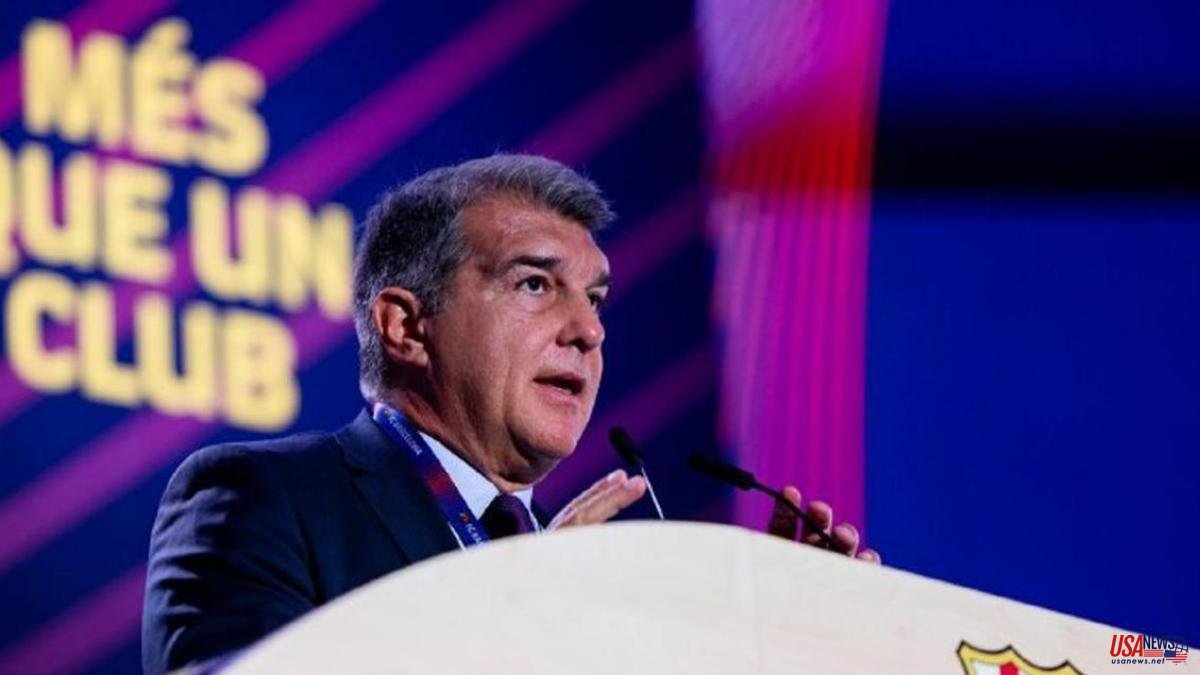 President Joan Laporta and his board of directors face a new ordinary meeting today, starting at 10:00 a.m., the third to be held electronically. After the report from the Barça president, the economic vice president Eduard Romeu will be in charge of presenting and defending the numbers for the 2021-2022 financial year closed with 98 million profits and the budget with 274 million profits planned for 2022-2023.

Romeu will also have to explain how the Blaugrana economic revival is sustained by activating the sale of different club assets, the so-called levers. In two batches, the entity sold 25% of the television rights of LaLiga to Sixth Street for 607.5 million and then 49% of Barça Studios to Socios.com and Orpheus Media for 200 million. In total 867 million euros of income that allow the club to close the accounts of last year in green and face a budget with benefits this year.

Without the levers, the entity would have lost 106 million last year and 210 the current one. And on the horizon the club also has the power to execute a fourth lever. The sale of up to 49.9% of the Barça Licensing company

After the six votes, a lunch break is scheduled and, later, with no pending vote, the new members of the Ethics and Transparency Commission will be presented and the Síndic del Soci will present his report. To close the assembly shortly before the Barça-Celta kicks off at the Camp Nou (9:00 p.m.) there will be an open turn for interventions by the delegates. The senators of the club will be able to do it in person while the rest will do it online.

The entity is also risking its economic future on the pitch – last season, the participation of the first team in the Europa League after being eliminated from the Champions League resulted in an economic imbalance of 12 million euros net. Finally, the board has ruled out making the sports report that Vice President Rafael Yuste and the director of football Mateu Alemany had to defend.

Even so, it is expected that a large part of the interventions will revolve around the exceeded wage bill located at 656 million euros after the arrival of Lewandowski, Raphinha, Marcos Alonso, Koundé, Kessié, Christensen and Bellerín as reflected in the budget for this season. The delegates are also expected to ask about the works at the Espai Barça and the consequent transfer to Montjuïc which, with a capacity for 56,000 spectators, will not be able to accommodate all the Barça members.