"The Letter Men" details love letters between two men who were separated during WWII.

Gordon Bowsher wrote in the dark days of World War II, "Wouldn’t it be wonderful? If all our letters could be published later in a more educated time?" "Then everyone could see how in love they are. 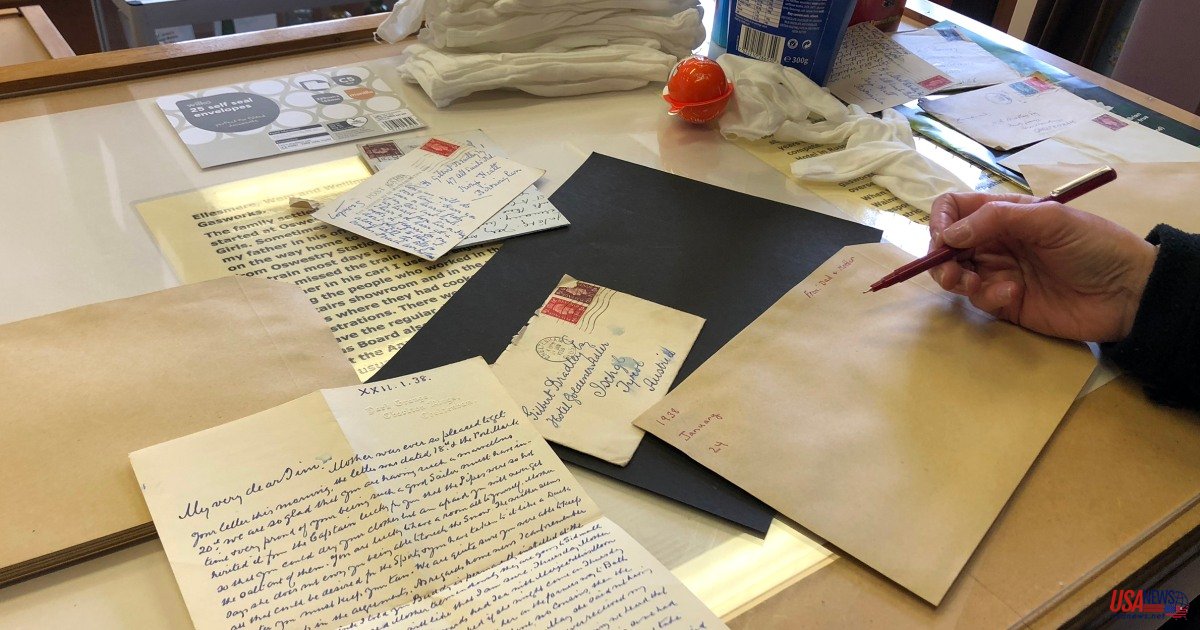 Gordon Bowsher wrote in the dark days of World War II, "Wouldn’t it be wonderful? If all our letters could be published later in a more educated time?" "Then everyone could see how in love they are."

Now, many are able to see their amazing love story, more that 80 years after Bowsher wrote Gilbert Bradley, the man he adored, and it is now available to them all.

They were finally separated when Bradley was drafted into British Army in 1939.

They exchanged love letters throughout World War II. This has been captured in Andrew Vallentine’s short film, "The Letter Men," which stars Garrett Clayton as Bradley, and Matthew Postlethwaite playing Bowsher.

Tribeca Film Festival premiered the film June 10, and it is currently showing throughout the week.

After reading the 2017 letters from the couple, Vallentine was inspired to make his film.

Vallentine, co-director and writer of the film, stated that he was a gay filmmaker who also loves World War II history.

In 1938, Bradley and Bowsher met for the first time in Devon, southwest England. The two men fell in love, but were separated by war. They began to write each other letters, which was a dangerous and potentially fatal act of that time. Until 1967, homosexuality was an offense in the United Kingdom.

Vallentine stated that most queer people destroyed their letters at that time, fearful of being discovered.

British soldiers could be sentenced to lengthy imprisonment for "Indecency," a military term that refers to sexual activity between men. It is rare to find correspondence detailing gay love at that time.

Vallentine stated that Bradley had told Bowsher at one point that he was in love with a man from Scotland. Their letters became more friendly until their friendship waned and they stopped writing each other in 1945. Bradley kept his letters up until his death in 2008.

Vallentine wrote the script along with Danny Vallentine. The script is largely composed of exact words taken from Bowsher and Bradley's letters.

Vallentine ensured that all cast and crew members involved in film production were identified as LGBTQ.

He said, "I believe it's important to tell our own stories." "It doesn't always have to be that way, but in this instance I was happy it was."

Vallentine was conscious of the importance of highlighting gay love's positivity when he produced "The Letter Men."

He said, "In a lot LGBTQ+ cinema we tell our worst stories. Some of the worst things which have happened to us over the years." "In "The Letter Men", we didn’t explore hate crimes. We didn’t explore people being rejected for being in love. "We really only told the story about these two men in love."