The Lehman Trilogy, a dramatic work directed by Sam Mendes, covers the 150-year history of the financial services company Lehman Brothers, whose fall in 2008 triggered the biggest financial crisis in history. 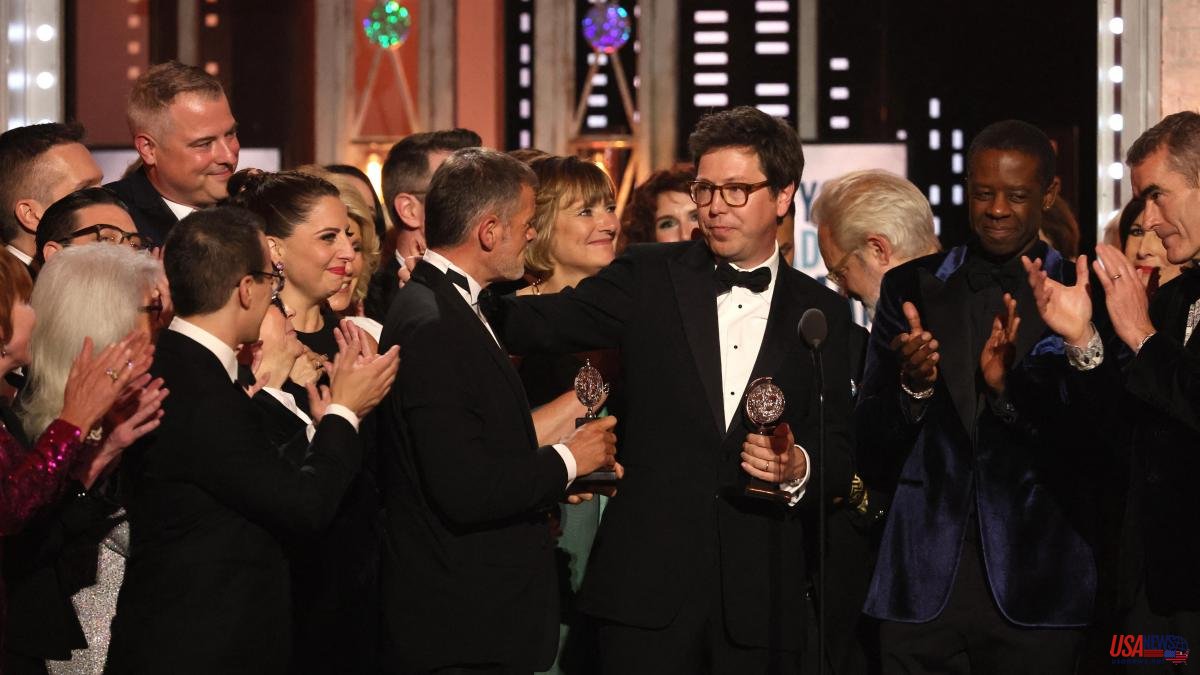 The Lehman Trilogy, a dramatic work directed by Sam Mendes, covers the 150-year history of the financial services company Lehman Brothers, whose fall in 2008 triggered the biggest financial crisis in history.

The play tells the story of three generations of the Lehman family. Henry Lehman, the eldest of a German family settled in Bavaria, moved to the United States in 1844 in search of a better life. After successfully overcoming the economic crisis of 1929 and two oil crashes in the 1970s, Lehman Brothers went bankrupt in 2008 as a result of the subprime mortgage crisis.

The piece won the prizes for best dramatic work, new work, director (Sam Mendes), leading theater actor (Simon Russell Beale) and several technical titles, with a consensus among the jury that surpassed that of the musical category, which is usually the winner.

The Lehman Trilogy prevailed as the favorite of the night, A Strange Loop, a musical about an aspiring playwright that had eleven nominations and finally only triumphed in two, although it was in the best musical of the season, the maximum title , and better script.

The rest of the awards were widely distributed, especially among musicals: MJ, about the legacy of the king of pop Michael Jackson, took four statuettes, including the best leading actor for Myles Frost, 22, who was making his debut as a professional actor and competed with veterans. The gala was presented by Jules Hough and Darren Criss, dancer and actor respectively.

As for the acting awards, Joaquina Kalukango won the female distinction in the main role of a musical for Paradise Square, while her counterpart in the dramatic category was Deirdre O'Connell, for Dana. h.

Those considered 'Broadway Oscars' celebrated their 75th anniversary tonight, coinciding with the first complete theatrical season after the break due to the pandemic, a fact that was claimed and celebrated in equal parts throughout the four hours that the event lasted.