There are little more than 24 hours left for the Court of First Instance Number 82 of Madrid to address the request of an individual to provisionally suspend the appointments of the Vox candidates for the next Andalusian elections, including Macarena Olona, ​​considering that they were elected "by finger". 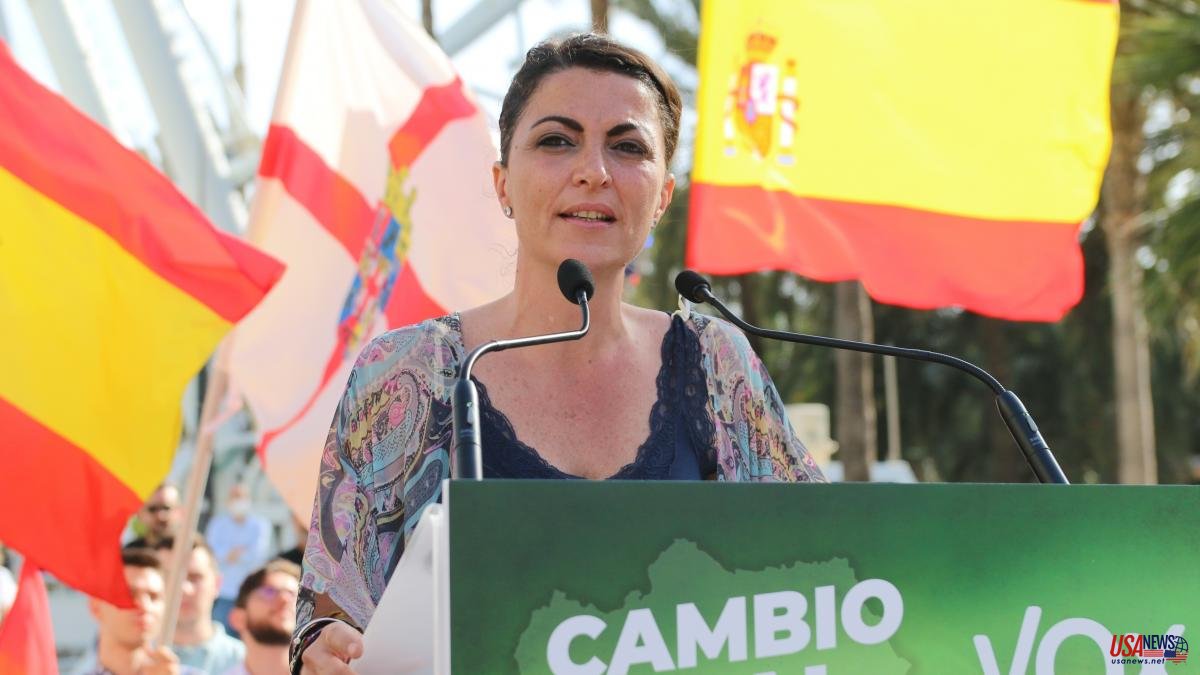 There are little more than 24 hours left for the Court of First Instance Number 82 of Madrid to address the request of an individual to provisionally suspend the appointments of the Vox candidates for the next Andalusian elections, including Macarena Olona, ​​considering that they were elected "by finger".

It was on June 2 when the Court admitted for processing the lawsuit filed by the lawyer Pedro Muñoz Lorite -who claims to be a member of Vox- against the formation led by Santiago Abascal, in which he requests that some articles of the internal regulations be declared null and void. Within the framework of the proceedings, the plaintiff - who claims to be a member of the party - and Vox have been summoned to appear at a hearing scheduled for this Tuesday at 1:00 p.m.

In a previous decree, to which this agency also had access, the Lawyer of the Administration of Justice explained that, having examined the lawsuit and in view of the data and documents provided, "it is estimated that the plaintiff meets the requirements of capacity, representation and procedural application necessary to appear in court as determined" by law.

In his lawsuit, the lawyer asks the Court to declare null and void articles 23 and 24 of the party's Statutes and article 11 of the Internal Regulations of electoral procedures RIPE of the formation. In his opinion, these sections contravene the provisions of the Constitution and the Organic Law of Political Parties, as well as the Treaty of the European Union and the European Convention for the protection of Human Rights.

Specifically, articles 23 and 24 of the Statutes deal with the procedure for electing organic positions and for the designation of candidates for elected public positions. Article 11 of the Internal Regulations, for its part, regulates the presentation of guarantees to be able to compete for a candidacy.

For Muñoz Lorite, the precepts mentioned regarding the Statutes contemplate that "in order to opt for the possibility of becoming organic positions and for the designation of candidates for elected public positions, they will only be designated by the National Executive Committee, or what is the same , by the personal decision of Don Santiago Abascal Conde, National President of the party".

Among other issues, the lawyer reproaches that "the agreements of the CEN National Executive Committee are not found on the Vox website", for which, as he has pointed out, it is "impossible" to access the appointment made of Macarena Olona as a candidate for the Junta de Andalucía for the next elections that, in his opinion, were carried out "by finger" by Abascal.

Thus, he insists that "the total, absolute and completely blatant intervention of the party leaders when it comes to proclaiming elected and organic candidates is easily deduced." As he has underlined, this means that "the candidate they want as president of the party can be."

Along the same lines, he requests that Vox be sentenced to modify the contested articles and that, in order to "provide a guarantee both for the members of the party and for relations with third parties", the registration in the public registry of political parties be carried out. resolution.

Within the framework of the lawsuit, the lawyer requires that "the agreement that determines the appointments of the candidates for the next Andalusian elections" be "precautionary suspension". This will be what is evaluated this Tuesday in the Court in the presence of the lawyer and Vox.