The left in Madrid: a crisis that does not end

While future projects sound to unite the leftist forces to the left of the PSOE in the face of the next general elections, Madrid seems to have been left out of any peace process. 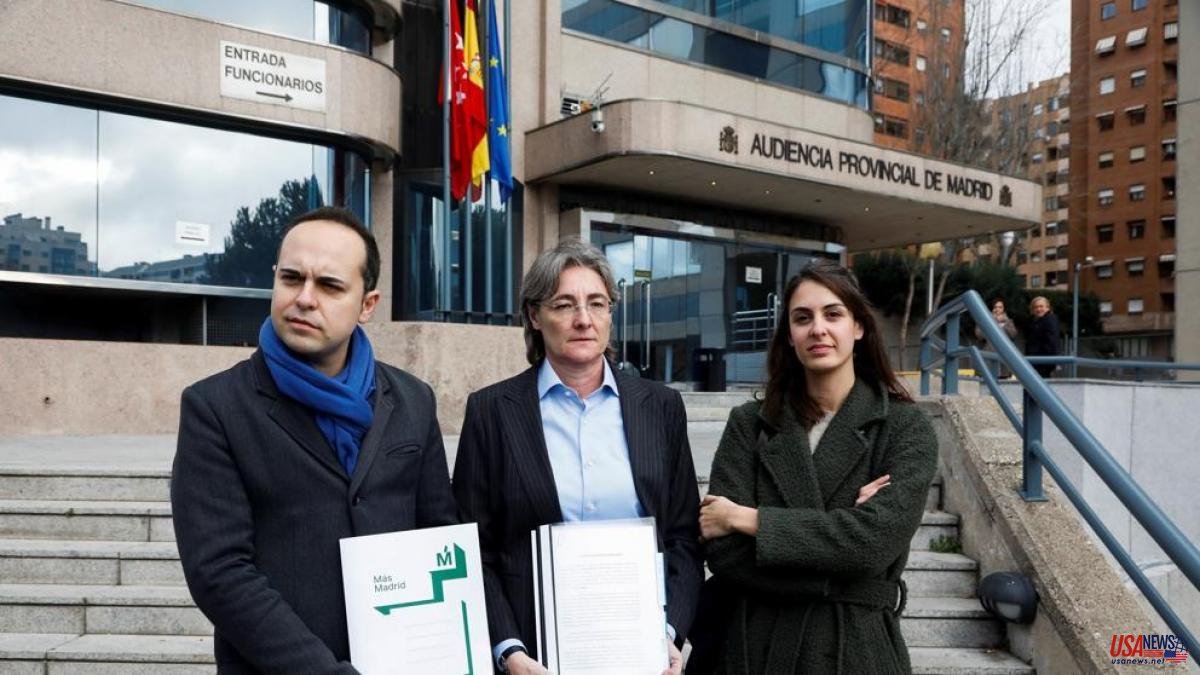 While future projects sound to unite the leftist forces to the left of the PSOE in the face of the next general elections, Madrid seems to have been left out of any peace process.

Recupera Madrid, made up of the three ediles split from Más Madrid, has confirmed that it will denounce the group that leads Rita Maestre for illegal financing in the constitution of Más País.

This is what Councilman Luis Cueto has advanced this Monday, softening the legal battle by having left out a second complaint for document falsification that, from his ranks, threatened to specify the alleged "forgery of the signature of two people" for the transformation of the "Instrumental regional party More Madrid in More Country monopolizing its CIF".

But let no one look for a gesture with this movement. Recover Madrid only leaves aside the alleged forgery of signatures because that route "can come to nothing" if the alleged "falsified person does not report it himself".

Thus, Recupera Madrid takes the step to take the "illegal financing" of Más Madrid to court through its financial letter that requires "illegal fees to be collected from people, such as temporary staff, not affiliated with the party, in addition to the demand for payments to neighboring members".

For the wayward Carmenista councillors, the financial charter of Más Madrid is "illegal" because it is not a donation, as described in the Civil Code in its article 618.

"It is evident that the financial letter does not constitute an act of generosity since it is required to do so, being a sine qua non condition to accept it to access the position of neighbor member and to remain in it. At the moment in which something is obtained in exchange and/or it is of an obligatory nature, it is no longer considered a donation", they have argued in Recupera Madrid.

This step coincides with the progressive launch of the social listening process led by the Second Vice President of the Government, Yolanda Díaz, for her political project after shelving it at the end of March with the argument of focusing on the Executive and addressing the crisis caused because of the Russian war in the Ukraine.

Díaz has recently slipped the need to bring together a large part of the progressive vote to face the right-wing coalition that PP and Vox have already launched in Castilla y León and that, according to polls, could repeat in Andalusia from 19 -J.

But none of this has stopped the councilors Marta Higueras, Luis Cueto and José Manuel Calvo, who have explained that if Recupera Madrid has not filed the complaint against Más Madrid before, it has only been due to "the delicate situation of the left". But, they justify, given the barrage of insults they feel they receive when they are accused of turncoats for leaving their parent group, they have decided to take the plunge.

Meanwhile, this war of factions has allowed the mayor, José Luis Martínez-Almeida (PP), to emerge gracefully from a first-level internal crisis after the espionage attempt hatched against Isabel Díaz Ayuso from Cibeles was uncovered, and from a convoluted process of purchase of sanitary material in the midst of a pandemic that provided millionaire commissions to Alberto Luceño and Luis Medina.