When there is one week left for the debate on the state of the region to be held on July 12 and 13, the left-wing parliamentary groups in the Madrid Assembly have already begun to show their political arsenal for which they have agreed in branding the regional president, Isabel Díaz Ayuso, of undertaking a "disoriented" policy after the "massive tax fraud" that she has perpetrated against the middle and working classes of Madrid. 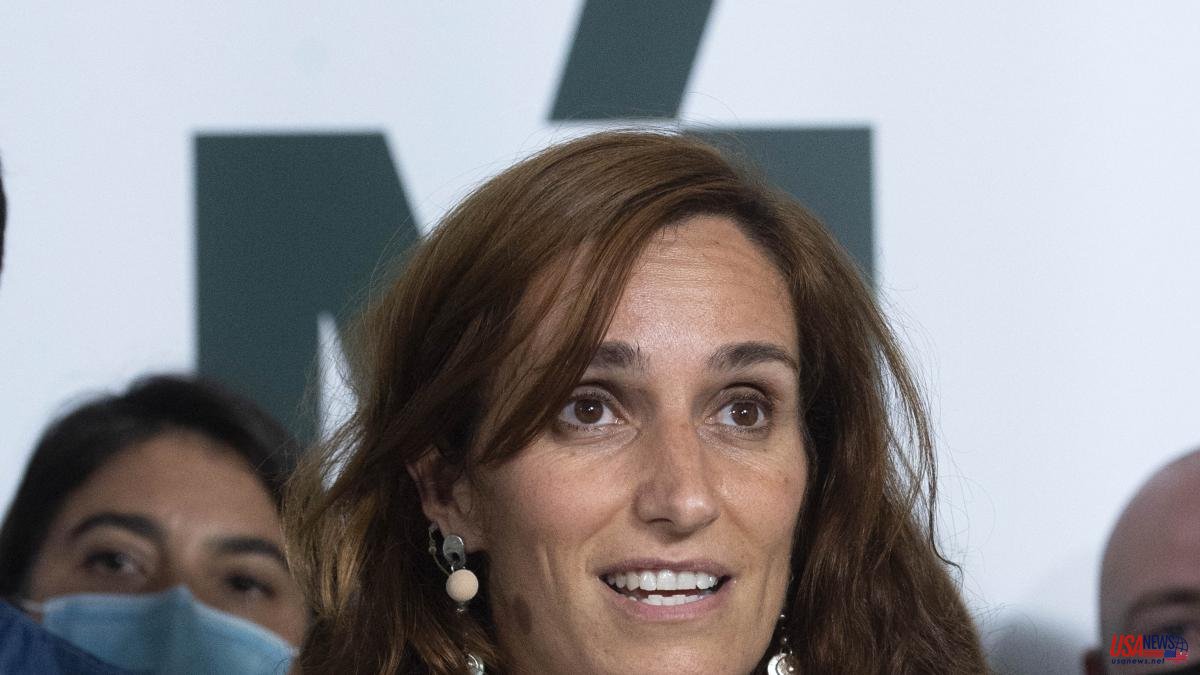 When there is one week left for the debate on the state of the region to be held on July 12 and 13, the left-wing parliamentary groups in the Madrid Assembly have already begun to show their political arsenal for which they have agreed in branding the regional president, Isabel Díaz Ayuso, of undertaking a "disoriented" policy after the "massive tax fraud" that she has perpetrated against the middle and working classes of Madrid.

This is how the spokespersons have pronounced themselves on their return to parliamentary activity in the Chamber in a political course that will once again take the people of Madrid to the polls. The third time in four years. The leader of Más Madrid, Mónica García, has shown her "concern" at a "crucial" start to the course that is "full of uncertainty" while in the Community of Madrid there is a government that is "disoriented" that continues to give "the same responses contrary to those promulgated by Europe".

"The PP does not give foot with ball and gets along badly with the 21st century", García has ironized, to which he has asked that the Government of Díaz Ayuso get to work with "common sense" because it has to roll up its sleeves so that the administrations be "a lever for change and the future".

For his part, the socialist spokesman, Juan Lobato, has denounced the "massive tax fraud" to the Madrid middle and working classes of the Popular Party Government and has lamented that the Díaz Ayuso Executive "has forgiven", during the pandemic, 992 millions of euros in taxes to "a small group of super-rich and billionaires".

Lobato has echoed the latest data published by the Tax Agency and which reveals that, based on the 100% exemption from Wealth Tax on large fortunes by the Government of Ayuso, 18,226 people have avoided paying 992 millions of euros. "An average of 54,431 euros for each one of those rich", denounce the left.

Likewise, he has warned the PP that he will not allow the Assembly to become his "cabaret" because "we are not going to waste a minute on occurrences or antics."

"When we talk about waiting lists and they tell us that Madrid's public health system is the best in the world, we will tell them how well it is not with that historical record of 600,000 people from Madrid who are waiting to be seen by the specialist or the more than 700,000 who have not had emergencies in primary care for more than two years", warned Lobato.

The spokeswoman for United We Can, Carolina Alonso, has also spoken out, predicting a "harsh" debate in which her group will once again demand the reopening of the SUAP or the application of a ten-euro transport voucher, to which she has pointed out who will meet with social agents to listen to their proposals.

In addition, he has defended that it is necessary to "restore meaning to politics" by providing answers to citizens such as the cap on gas or certain foods, while Díaz Ayuso is in his continuous "inaction".

For her part, the leader of Vox in the Assembly, Rocío Monasterio, has maintained her political position in the face of this debate in which she will maintain her lines of "reducing political spending" to allocate it to families and the self-employed, "they are having a really bad time."

"We must dismantle the entire ideological agenda of the left and Ayuso does not dare to do that (...) I am going to ask Ayuso to comply with what was promised in the previous legislature, such as the compensation plan for the self-employed, and fight against the indoctrination of the children", he launched.