"Of those eyes so strong while crying. 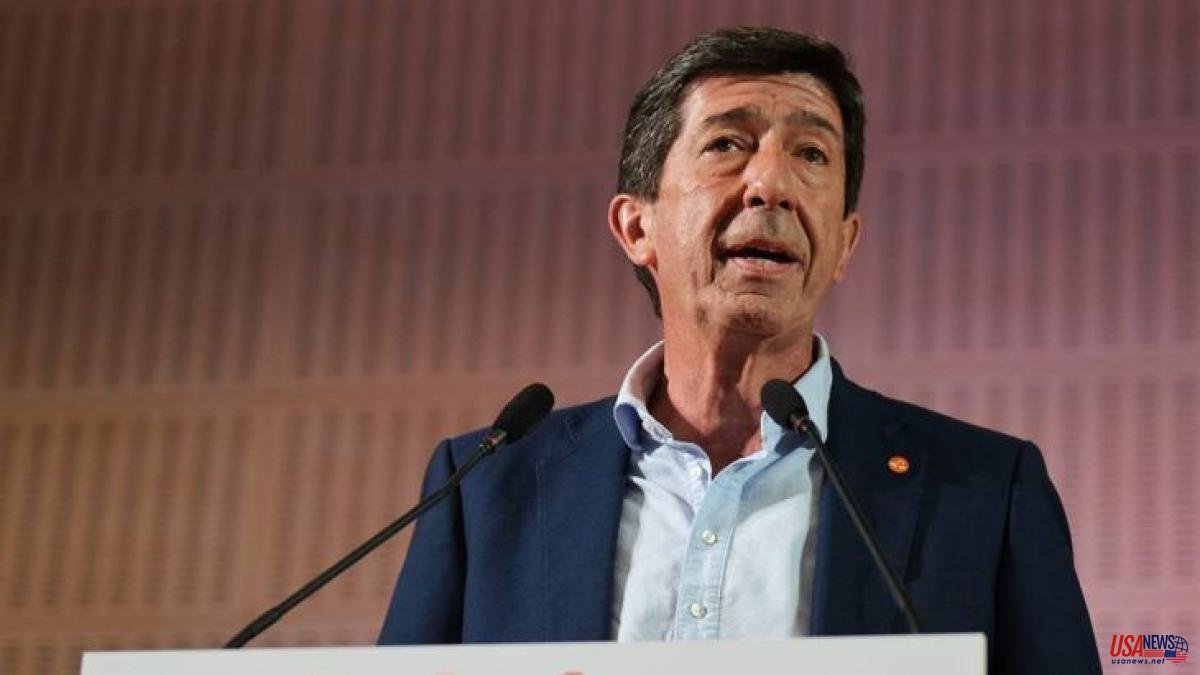 "Of those eyes so strong while crying." Like the Cid in the first verse of the Song when he left for exile, Juan Marín could not hold back his tears on Sunday night after submitting his resignation and abandoning all his charges in Ciudadanos.

After the saddest night, yesterday, Monday, the voices that demanded the resignation of Inés Arrimadas and her entire executive were intensifying to begin the "refoundation" of the party, already without a pulse in Andalusia. But from Seville, the two lieutenants of the leader, the deputy general secretaries Edmundo Bal and Daniel Pérez Calvo, ruled out any type of internal reform of the leadership, whose worrying cracks will receive just a lick of orange paint.

Despite the accurate prediction of the polls, both leaders said they were "very negatively surprised" by the Andalusian collapse and were convinced that there is a space for the Ciudadanos political project: "People tell us: 'You are very necessary and you have governed very well', but what counts, as Adolfo Suárez said, is not that they love you but that they vote for you”, they explained.

Waiting for what is decided next week, in which various conclaves will be held to "make a deep and serene reflection" on what happened, Ciudadanos maintains the gesture impassive despite the desolation in which it finds itself. “Desert crossings end when they have to end. We are not proposing any change in direction. We have a project, we want to, and the president is strong”. It was the closing of ranks that was offered as the only answer.

"We are not getting something right," was the subtle self-criticism that occurred, with the usual recourse to extreme political polarization as an excuse for the centrist and liberal space that Ciudadanos aspires to represent to be evaporating.

Both Bal and Pérez Calvo refused to propose the "refoundation" of the party, understanding that much of what is involved is "talking" and "reactivating" the party following the roadmap of the German Liberals, who were also outside of Parliament and are now in the coalition government of Martin Scholz. "There is a very broad sector of the Spanish population that fully identifies with our message," they said.

"The pity is that what has happened in Andalusia has happened. It is evident that we are not getting something right. But we are receiving messages even from rival parties that tell us that it is not fair. 'Courage, don't let it go down, don't get discouraged' , our European liberal comrades tell us," the two Ciudadanos leaders told the press.

"Objectively it has been a very good campaign," they praised the work of the candidate, Juan Marín, whom Arrimadas has tried to convince to rethink his resignation, without success. "The brand is clearly touched because it has suffered a lot in recent years," they acknowledged, to encourage the leader to continue "holding the rudder tight" despite the difficulties. On Monday there will be meetings to continue developing the process of reactivating the party that has been launched recently. "We are not sitting idly by. We have to make Spanish liberalism more attractive to voters."