The latest wave of covid leaves Beijing at a "critical moment"

The long shadow of the coronavirus looms over Beijing these days. 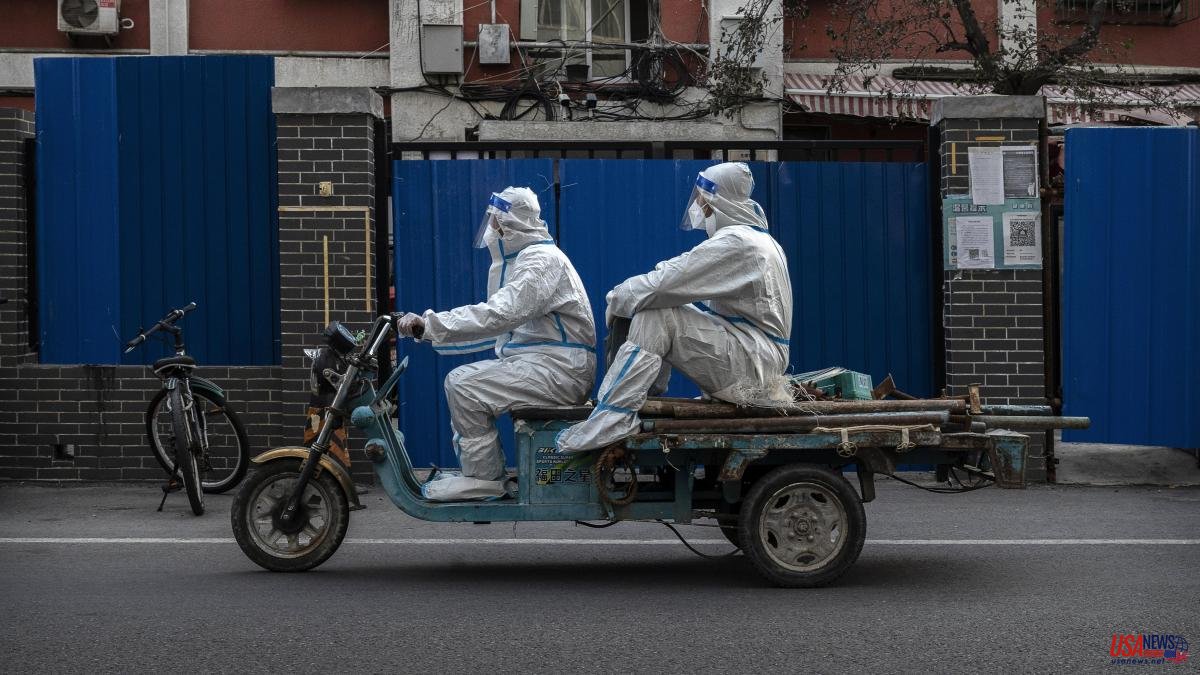 The long shadow of the coronavirus looms over Beijing these days. In the Chinese capital, with some 22 million inhabitants, the health situation covers any conversation between family members and neighbors. Most have an acquaintance who is confined at home or, even worse, in a government quarantine center.

The string of new restrictions affects their daily routine: bars and restaurants in several districts are closed, many students have resumed online classes and many other office workers have returned to teleworking. Many buildings are sealed. In those that do not, its residents are advised to avoid venturing outside without good reason.

“The city is facing the most complex and serious prevention and control situation since the pandemic began and is at its most critical moment,” Liu Xiaofeng, deputy director of the Beijing Municipal Center for Disease Control and Prevention, acknowledged Monday.

The map of high-risk areas in the capital, mandatory consultation if one wants to minimize the chances of ending up confined, does not stop adding new red dots. As of today, infections already exceed 1,400 cases per day, a figure never seen before in the city. During the last weekend, the first deaths in more than six months due to covid throughout the country (three elderly people with previous pathologies) were also recorded.

The main outbreak is concentrated in the Chaoyang district, home to 3.5 million people and where numerous embassies and office complexes are based. Here the first restrictions were implemented last Friday, which since then have not stopped increasing throughout the street. Among the latest announced yesterday are the closure of parks and museums throughout the city or the obligation to show a negative pcr made less than 48 days before to access hotels, shopping centers, public transport or government buildings.

The situation in Beijing is in line with that of the rest of the country. The last count published this Wednesday counted more than 29,000 cases, a figure that had not been reached since the great outbreak that in April led to the closure of Shanghai. But unlike that occasion, in which the megacity brought together the bulk of positives, this time the infections are spread over different provinces, which makes their control even more difficult.

One of the most affected is the city of Guangzhou (former Canton, with 19 million inhabitants), which has been dealing with an outbreak for weeks that has exceeded 8,000 cases a day. For now, its authorities have confined some of its most populous districts - Baiyuan and Haizhu, among others - in the hope of being able to avoid a total closure that would leave one of the main manufacturing knots in the country very affected.

Also of concern are the 7,000 daily cases in Chongqing, the largest city in central China, where the extent of checks and closures closely resembles a full lockdown; in Zhengzhou, the capital of Henan province, whose restrictions have hit the world's largest iPhone manufacturing plant on the cusp of Christmas sales; or Shanghai itself, which is trying to prevent a new outbreak from abroad by prohibiting new arrivals from accessing public places during the first five days of their stay.

The rebound in cases nationwide comes just two weeks after Beijing took several measures to ease its zero covid policy. These include the reduction of mandatory quarantine days for international travelers or for direct contacts of a positive case or the elimination of isolation of secondary contacts.

These proposals are part of recent efforts by central authorities to adopt a more lax approach, in which surgical interventions where there are cases replace the strict mass lockdowns of the past that have caused so much damage to their economy.

However, the worsening of the new wave of cases once again sows doubts about the scope and effectiveness of this relaxation. “The reopening could be a two-way street, as politicians could take a step back after seeing a rapid increase in cases. Local officials may be even more reluctant to be the first to act at a time when they are trying to fathom Beijing's true intentions," said investment bank Nomura.