The last shot of the Valverde bullet

Nothing like the quintessential autumn classic, Il Lombardia, the race of fallen leaves to finish a race, to put an end to a dream career, to say goodbye to the most talented cyclist in any terrain. 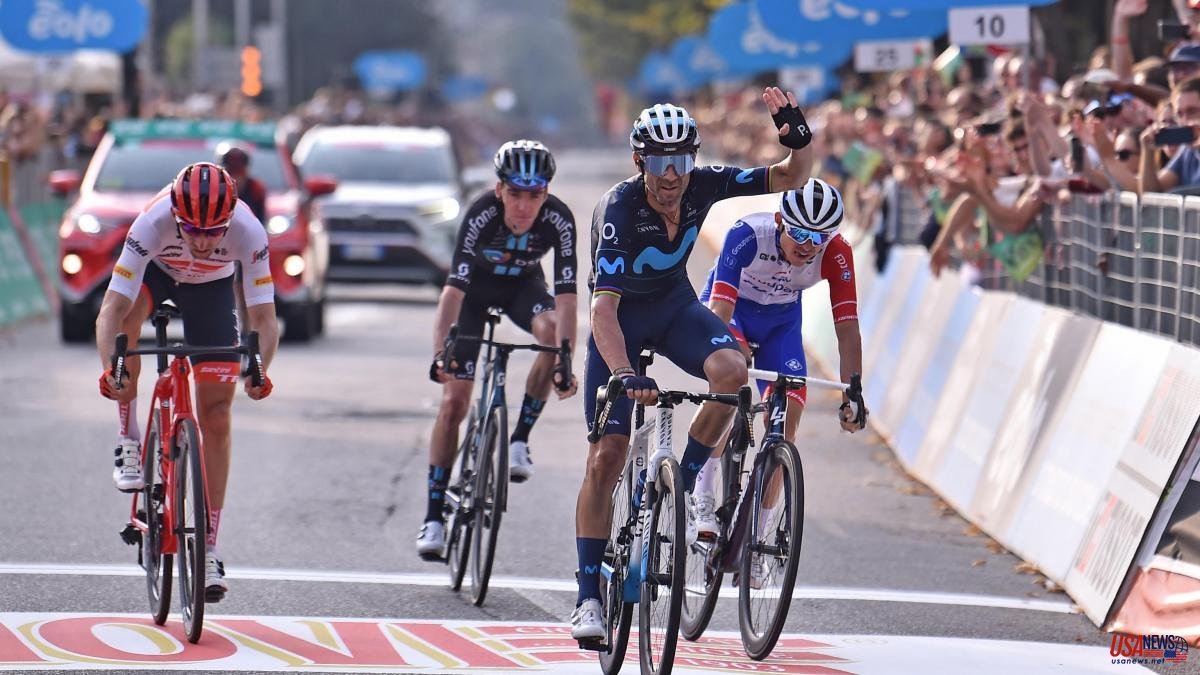 Nothing like the quintessential autumn classic, Il Lombardia, the race of fallen leaves to finish a race, to put an end to a dream career, to say goodbye to the most talented cyclist in any terrain. The legend of the undefeated was true. That's what they called him when he was young, when he was a cadet or youth. The Merckx of Las Lumbreras, they baptized him when he became a professional. And he was matched with the Cannibal with four victories at Liège, where he earned the appellation of King of the Ardennes, from the ogre of the Wall of Huy. The Bullet, fast and accurate as a projectile, straight to the target, was the nickname that made a fortune among the fans.

Spanish cycling has had one of the best in history (Indurain), the most famous climber (Bahamontes), a very complete man-Tour (Contador), a triple world champion (Freire) and a magical sprinter like Poblet. But none as victorious as him: 133 wins. None like Alejandro Valverde (IV/25/1980). Because the Murcian has a bit of all the stars, he is a constellation: he was an expert in three weeks, he dominated the clock, he crowned high mountain stages (ask Armstrong for Courchevel 2005), he was an inveterate classic maniac, he had the soul of a sprinter And, of course, in the end he got away with it and donned the rainbow jersey.

"One shot, one dead," he shouted at Javier Mínguez, then the coach, when he saw him after crossing the finish line at the World Cup in Innsbruck. Mínguez did not want him to spend himself on attacks, to only appear at the decisive moment. That's how it went. He didn't move until there were 300 meters left. He started and the gold was his, after six medals.

He has worn the yellow of the Tour (two days), he was the owner of the last gold of the Vuelta (2009), he has worn the red jersey of the Spanish round (27 days in total), he has won the franjiverde de la Volta (three times : 2009, 2017 and 2018), he wore the Spanish champion (three years), the world champion... and the white, commemorative, that Movistar prepared for him in the last Vuelta.

In 21 years, the simple Murcian has not gone to live far away and has only had two houses, Kelme and Eusebio Unzué's in Navarra. Rojas and Erviti have been his inseparable gregarious. They could not miss yesterday in Lombardy.

Valverde has been a longevity record but two dates could have removed it. The sanction of the TAS of two years for the Puerto operation. “I have won before and after the sanction. I have won more and better later ”, has been his response. And the very hard fall in Düsseldorf in the prologue of the 2017 Tour in which he broke his knee. At 37 years old, he came back in a big way: winning the World Cup, the climax, the zenith.

Instead, perhaps the outrage while training with his group in Murcia last July has clouded his last few months. “It was more fright than damage but it sure influenced him in the Vuelta”, they say. In August, he was 13th overall but was not in any top-10. Rare.

In addition to Valverde, this 2022 three great cyclists from three of the most representative cycling countries are retiring or have retired: the Italian Nibali -winner of the three big ones-, the Belgian Gilbert -also world champion- and the Dutch Dumoulin –winner of a Giro and second in the 2018 Tour–. None has been able to close his stage like the Murcian.

Competitive until the end, the last two weeks in Italy have been a synthesis of his characteristics: second in the Coppa Agostoni, fourth in the Giro dell'Emilia, second in Tre Valli Varesine and sixth in Il Lombardia.

“You retire because you want to”, teammates and team directors tell him. No. She retires as she had dreamed. At the summit. With the public (the pandemic delayed the goodbye). Excited. And surrounded by the admiration that he deserves for a genius who has few bullets left in the chamber. “I am happy to have completed 21 years as a professional and enjoyed great things. We give way to young people, hoping that they will also enjoy making this sport great, ”he wished in Como.