The great step that the agreement meant to apply a tax of at least 15% to multinationals is becoming its particular via crucis for the European Union. 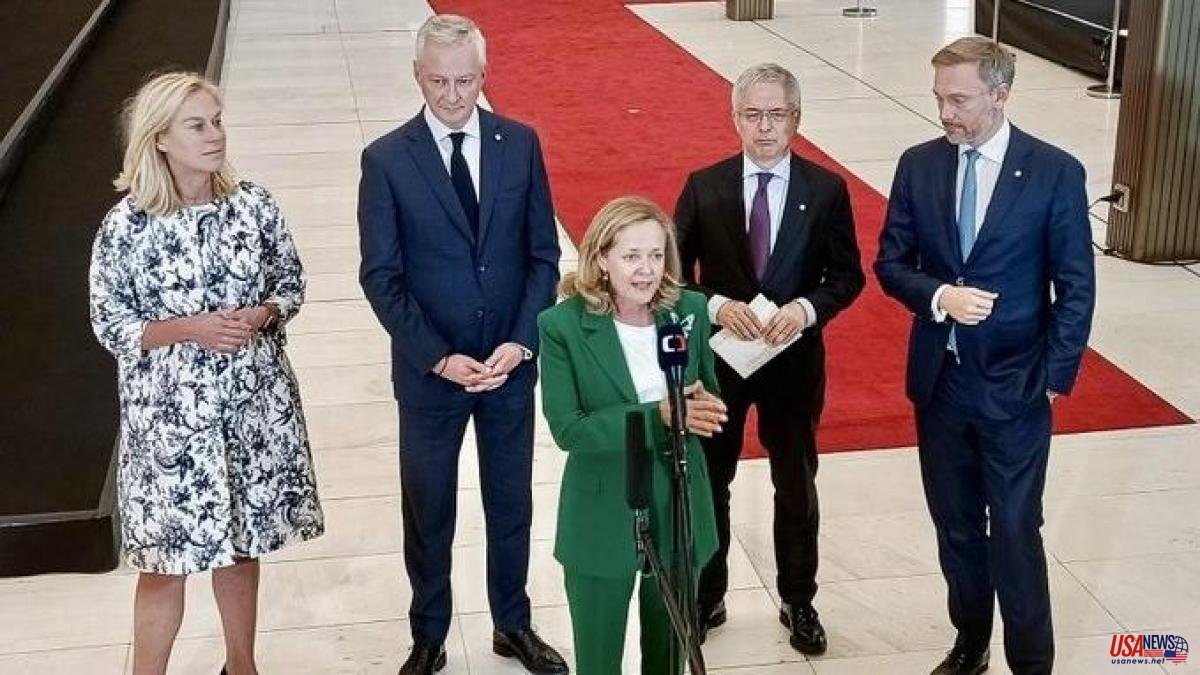 The great step that the agreement meant to apply a tax of at least 15% to multinationals is becoming its particular via crucis for the European Union. After Poland's veto, already drawn, Hungary insists on blocking the decision. Given the situation, Spain, together with the rest of the largest economies in the eurozone, France, Germany, Italy and the Netherlands, announced yesterday that they will go ahead and apply the rate next year if an agreement is not reached at the level of the Twenty-seven.

“Our first goal remains to achieve a consensus. If unanimity is not achieved in the coming weeks, our governments are fully determined to honor their commitments. We are ready to implement a global effective minimum taxation in 2023 and by any possible legal means”, declared the ministers of the five countries in a statement during the meeting of finance ministers of the euro zone.

For the Spanish First Vice President and Minister of Economy, Nadia Calviño, the measure is necessary at a time when, in the midst of the conflict in Ukraine, tax systems must be "fair" and large companies must also contribute "to the cost of war”, especially when European citizens are also suffering the consequences.

The tax on multinationals was a decision agreed within the OECD a year ago –and it was considered historic–, in which more than 130 countries, including the Twenty-seven, supported setting at least 15% corporate tax for companies with a turnover of more than 750 million euros per year. The objective is to avoid tax dumping that often allows these companies to pay taxes in tax havens or in much more lax legislation to pay less taxes.

Despite everything, the dossier on multinationals has been going around in the last meetings of the EU finance ministers. First because of the blockade of Poland; and now Hungary, which in June unexpectedly announced – relying on the fact that decisions on taxation are decided unanimously – that it would not support it because it believes that the tax can harm economies in a context of high inflation.

Given the situation, the five largest economies in the eurozone asked for a reinforced cooperation mechanism to be chosen, an option that allows the countries that wish to apply the measure with the support of at least nine states. The other option is “coordinated national solutions”. That is to say, that the governments that want to apply their own legislation. Asked about it, the Czech Finance Minister, Zbyněk Stanjura –whose country currently holds the presidency of the Council of the EU–, showed his intention to continue negotiating and try to reach an agreement at the next meeting in October.

Everything happens in a context of concern about the economic situation. The Commissioner for Economic Affairs, Paolo Gentiloni, yesterday admitted the risk of a possible recession. And although he does not consider it "inevitable", he added that with the latest indicators "the risk has clearly increased".

In the complicated economic situation in the eurozone, marked by uncertainty, inflation that has exceeded 9% on average – but which, in some countries, such as the Baltics, reaches 20% – everything “is eroding purchasing power and increasing the suffering of homes and businesses,” he warned.

The danger of recession is a possibility that the ECB does not rule out either. According to the institution's calculations, the eurozone economy could register a drop of 0.9 points in the most pessimistic scenario. However, during the first half of this year the euro zone economy grew by 0.7% and unemployment levels are at one of the lowest levels in history, at 6.6%.