The strike in some of the main refineries and the consequent lack of fuel is increasingly exasperating the French, forced to waste their time looking for open gas stations and standing in long queues to refuel. 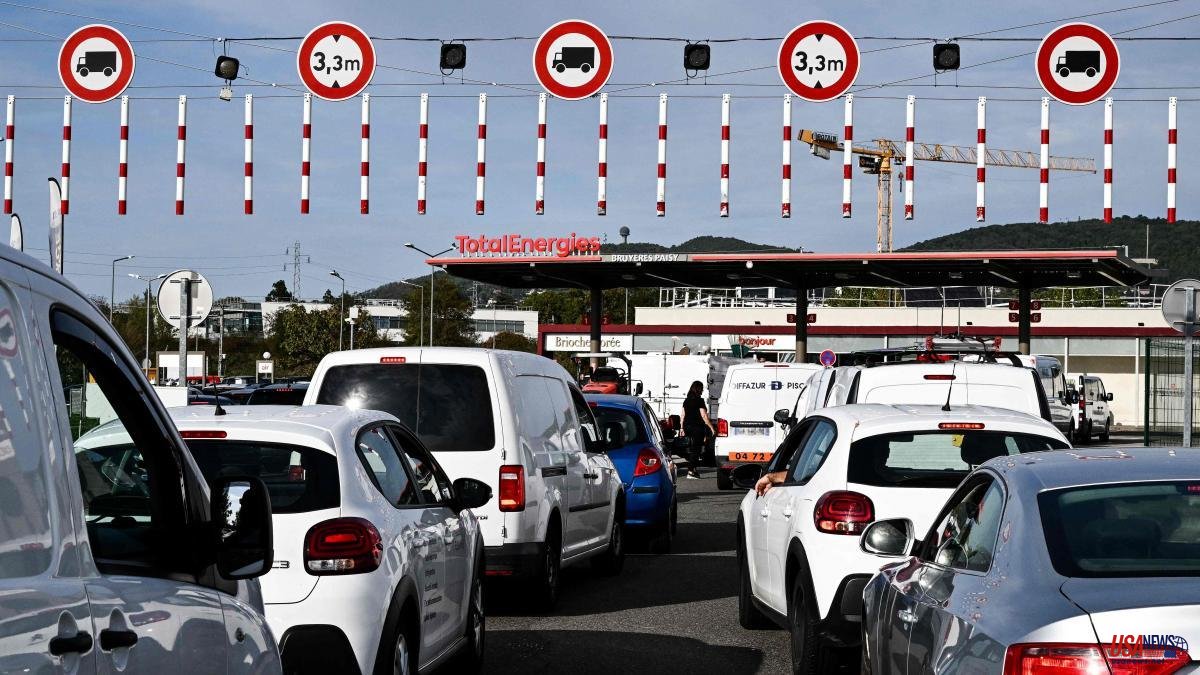 The strike in some of the main refineries and the consequent lack of fuel is increasingly exasperating the French, forced to waste their time looking for open gas stations and standing in long queues to refuel.

The labor conflict has affected, for more than two weeks, the facilities of the main national oil company, TotalEnergies, and those of the US group Esso-ExxonMobil, but its effect extends to other companies that own gas stations. The origin of the strike is the demand for a salary increase to compensate for inflation and the dissatisfaction that the record profits of the oil companies are not used generously towards the employees.

The government is receiving strong criticism from the opposition and from the most belligerent press for what they consider a response that is too timid and slow. From the beginning the Executive tried to minimize the situation, but in recent days the crisis has become too evident and public irritation is growing. Yesterday a third of gas stations nationwide had supply problems. In regions such as Île de France (Paris and its surroundings), the problem is more pressing and has forced some gas stations to be reserved for medical and emergency vehicles.

The landscape is always the same: sealed gas stations, fences at the entrance and signs warning that there is no fuel, and others in which the queues extend hundreds of meters, sometimes collapsing express roads such as the Parisian peripheral motorway. In some cases, they only serve one product, such as 98 octane gasoline, the most expensive.

While millions of French people, many of whom depend on their car for work, began the week in this situation, the almost entire government, including Prime Minister Elisabeth Borne, was in Algiers to invest in improving bilateral relations with one of the largest producers of natural gas. On her return to Paris, Borne planned to meet urgently last night with the four ministers affected by the fuel crisis.

The Government has been assuring for days that the situation will be alleviated thanks to imports from Belgium, Holland and Luxembourg and the use of strategic reserves.

In reality, the crisis has worsened, in part due to the fear of the citizens to keep the deposits dry and the assault on the gas stations.

The President of the Republic, Emmanuel Macron, visiting the Mayenne region, yesterday urged companies and unions to show "a spirit of responsibility". "The blockade is not a way of negotiating," he added.

The most combative union is, as always, the General Confederation of Labor (CGT), historically linked to the communists. The CGT has lost much of its weight but still retains influence.