All the weight of the future of the Government of the Generalitat will fall on the militancy of Junts per Catalunya. 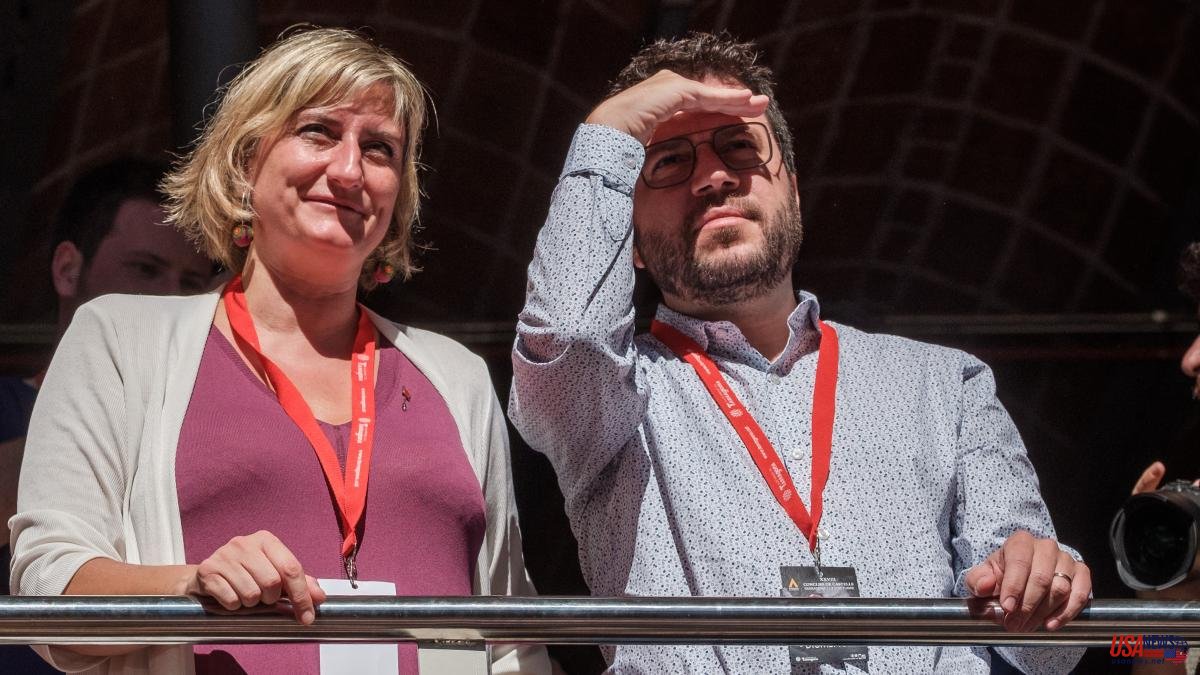 All the weight of the future of the Government of the Generalitat will fall on the militancy of Junts per Catalunya. The leadership of the formation led by Jordi Turull and Laura Borràs will set today at an executive meeting the question that will be sent to the 6,000 members so that they can pronounce themselves throughout Thursday and Friday on the continuity of their party in the Executive of coalition with Esquerra, taking into account that the last minute movements this time, unless there is an unexpected plot twist before the conclave, have not served to turn around, save the furniture and guide the question towards the permanence of the formation in Palau.

During yesterday's session, from early in the morning, there were contacts between the president of the Generalitat, Pere Aragonès, and the general secretary of JxCat, Turull, without bearing any fruit or substantially modifying the scenario. No one moved from their starting positions and Junts' proposal, considered by its most pragmatic sector of maximums, was not lowered and in the afternoon, according to sources consulted, there were not even conversations.

The president had already warned as soon as he received the statement from his partner that he expected a "serious" proposal and valued that the one that had been sent to him seemed designed so as not to achieve the agreement. He also stressed that he was not willing to reinstate Jordi Puigneró as vice president of the Government, nor to articulate a space for strategic management of the independence movement, a kind of General Staff with sovereignist parties and entities, within the Council of the Republic that presides over the former president Carles Puigdemont.

This last issue, as well as the coordination of the pro-independence forces in the Congress of Deputies, was already the subject of extensive discussion and dissension during the negotiations between Junts and ERC in the spring of last year for the formation of the Government and the investiture of Aragonès . In the end, everything was unblocked with a secret negotiation by Jordi Sànchez, then general secretary of JxCat, and now president of the Generalitat. But in Junts they consider that what is included in that pact regarding the aforementioned issues and the strategy to follow –dialogue or confrontation–, “nuclear” for them, does not have fulfillment today. For this reason, since the end of August, the formation has been demanding a turning point and a change of elevation in the Catalan legislature, with the threat of rupture always on the horizon, a rupture that today seems much closer to materializing than just a week, when the post-convergents had diluted the ultimatum and the ordeal that they had launched just over a month ago.

In all this matter there is the paradox that the Junts congress held in the summer between June and July emerged reinforced by the most pragmatic and institutional wing of the party –the one embodied by Turull–. The same has happened in the rest of the internal processes that have taken place afterwards to renew the apparatus or the local executives. However, in the end, the postulates of the other sector, led by Borràs, have prevailed, coinciding in this case with the designs of Puigdemont, who, although he took a step back a few months ago, before the conclave, continues to be one of the figures undisputed and of weight in the formation. In moments of internal crisis, it has been his leadership that has brought together some and others.

If there were any doubts about what the former president, now an MEP, thinks of the latest events, his speech at the closing of the unitary act to commemorate the fifth anniversary of the 1-O referendum, on Saturday at the Arc de Triomf, cleared them up, in case there was some clueless

Now it remains for the sector in favor of continuing in the Executive of Aragonès to run an internal campaign to avoid an unwanted scenario. Some of the leaders who came from the old Convergència and the environment of Sànchez - architect of the agreement that gave birth to the Government - are the ones who stood out at the JxCat executive meeting last Thursday in favor of remaining in the Government. The minister of Economy and Finance, Jaume Giró, who is part of the executive, or the minister of External Action and Open Government, Victòria Alsina, who is independent, have been very belligerent these last days to try to save the coalition Executive, like the other counselors.

In that sector in favor of continuity in Palau, taking into account that there is less than a year left for the municipal elections, they expected that the proposal of their formation, which they describe as "maximalist", would be lowered in order to seek the entente, and to their time that Aragonès made some gesture to please his partners. But ERC has not made a move in these weeks, in which Junts has increased the pressure on its partner to comply with the investiture agreement that was signed in 2021.

The truth is that the Republicans did not think at any time that JxCat was serious with the warnings about leaving the Consell Executiu. And in all this matter there is another ingredient that is not trivial. Nobody wants the weight of the rupture... and in all the events that have happened in recent days that has been a relevant aspect.

In fact, the express negotiation that JxCat proposed on Thursday, beyond achieving unanimity and consensus between those who wanted to break with everything after Puigneró's dismissal and those who advocated moving forward, in part serves to try to distribute the weight of a possible divorce. In Palau they are no strangers to this dynamic. After the announcement by the president of the parliamentary group, Albert Batet, in the general policy debate, that they would demand a matter of trust from the president if the pact is not fulfilled, they admitted that they were considering kicking Junts out of the Government, but the Republican spokesmen immediately lowered that option, and ERC has opted for continuity, although asking its partner to make a decision now. In the end, so it will be, and until then, uncertainty.